I saw the shiny stuff and almost left WA.Never again!

I have a confession to make, I abandoned Wealthy Affiliate for a long time; thinking that he grass was greener elsewhere. I began going after new and shiny things that offered the world yet returned nothing for my time and energy.

After a while of chasing the said shiny stuff, I came to a realization that actually WA has the best training out there on the web; it's like I was going to leave a family. Luckily, in the end I saw sense and returned to my friends here at WA :)

The morale of this short story is that the grass in never greener, and when things get tough don't just give up to go chasing the "shiny" stuff. By doing so you're are only getting in the way of yourself.

Reply Like Like You like this
Martstervt Premium
Welcome back Peter. If you didn't experience the dark side before you were here I guess you had to find out. So many come her after bad experiences they already know.
Best wishes for new success,

Reply Like Like You like this
Labman Premium Plus
I believe there was a book written by Irma Bombeck called the grass is always greener over the septic tank. Shiny objects fall into that category. 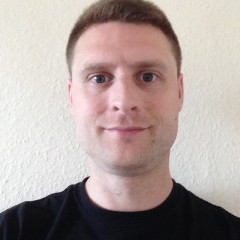