The Right Strategy For Achieving Success At Wealthy Affiliate

You Must Have Passion

Does passion affect your success?

The more passion you have about something, the more you're willing to invest the time to see it succeed. That's why you must choose a subject you are passionate about to build your Wealthy Affiliate money site around.

You may be asking, is passion by itself enough to succeed online?

It's a great start, but to truly be successful you need a strategy that has been proven time and again to work.

You Must Have A Strategy

This is where Wealthy Affiliate comes in to play.

Indulge me for a minute here...

This is often the reason why so many individuals never find success online or they think every opportunity is a scam and quit after a month or two. They are sabotaging their own success by listening to gurus who don't follow the same advice they are teaching you.

The information they sell you is outdated and doesn't work but do you think these so-called gurus care?

They are racking in the cash telling you to run west while they're running east.

This Is Why You Need Wealthy Affiliate

If you follow the training provided at Wealthy Affiliate they have already developed a strategy for you to succeed online that has been proven to work over and over again.

Wealthy Affiliate is screaming at you "RUN EAST YOU DAMN FOOL".

But most of you won't. You will quit in a few weeks without even finishing one-third of the training. You will be on to the next shiny object some new guru is promising will make you rich.

Want To Know How I know?

I did the same thing. I joined WA after many failed attempts to make money online. Then quit when I didn't see the results after a few weeks. I went searching for the next thing to make me money online, trying to game the system in one form or another. Trying to find a shortcut, that didn't exist. I was running west trying to catch a sunrise.

But after leaving WA, I finally worked my way through a bunch of B.S. empty promises and found my way back.

I decided I had tried everything else that was supposed to be easy and make me rich. A.K.A posting on facebook groups, craigslist post, highjacking youtube comments, form post, etc linking to affiliate products with zero success

But if you follow the strategy and plan they have laid out you will succeed.

How Do I Know?

As of last August, I was able to completely replace my full-time income, plus some. I now have the privilege of working at home, hanging out with my wife and kids all day.

Well not all day, I spend 4 to 6 hours a day working on my sites.

Write something…
Recent messages
davehayes Premium
I like this post, as it is truthful and will resonate with so many here, I really enjoyed reading it

Reply Like Like You like this
BetterDays2C Premium
Hi,
This post is so true! I know that Kyle said most people will quit when they are within reach of their goals. I was so gung ho when I started here. I had been scammed out of thousands and thousands of dollars over 8 years. I would throw in the towel until we were desperate again, and I would go in search of something, anything to help us. But it was the same ole thing, over and over. Then I stumbled upon WA and was extremely skeptical. I signed up and did not even tell my husband for 6 months because he had seen me fail time and again. Finally, after 6 months here and being totally tech challenged, I managed to build 3 pretty good websites all by myself. Then I told my husband and he was blown away. Unfortunately, just as I was making great progress, I had a set-back with my breast cancer. So for the last couple of years I have floundered. I was about to give up, but I hated to give up all the hundreds of hours I had put in here and also the money involved. I re-committed recently, and was surprised at how much I knew and had a renewed sense of plugging forward. My husband also decided to join me in this venture. Now we are plugging away, and hope to monetize sometime in the near future.

The thing I love about WA is it is not that expensive, really, when you compare what you get for your money. I have not been able to buy yearly yet, but will do so in the near future. Also, for the most part, most people are willing to help you when you need it. AND --- I REFUSE TO GIVE UP!! I am like a bulldog! So thank you for posting this, and renewing my belief that we will succeed at this!

We have to believe in ourselves, and trust this course. It is difficult for many that have been scammed time and again, and also for those that feel like a fish out of water (no technical knowledge). In my case, I had to do most of the courses 2 or 3 times before I fully understood the language and what I was supposed to do. But I think you are a good example of what can happen if one keeps their nose to the grindstone! Take Care.

Thank you for the inspiration and that little nudge that I've been needing here lately. I'm still trying to get my website put together and it's tuff.

It sure pays to have experience in the computer language and computing skills. I'm a little green in both, but not as green as I was when I started almost three months ago.

Learning can be difficult at times, but hey, I'm still here trying to get in eight to ten hours a day. But with no progress on my site.
I'm at the, Ask for feedback on site, and I have been focused on getting my site ready for that part in the cource and just stopped.

So, what I'm thinking is, just forget about the site for now and skip that part of the cource and move to the next phase. I believe that will be moving on to phase three. What would you do at this point? If you do not mind me asking? It's nice to meet you, by the way.

Reply Like Like You like this
Druiz77 Premium
Mday, Your words give me strength and courage to carry on in this business. You're absolutely right. Great works are performed not by strength but by perseverance. I wish you the best in WA. 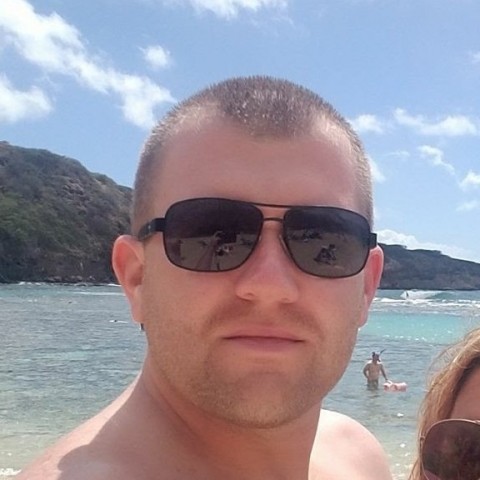