What's a Warrior to do when wounded

Last Friday started out to be a good day.

My neighbor and I got together and started to put profiles on a number of Oak boards that he was working on for his daughter's house. I had completed building a router table the previous week and I was looking forward to seeing how well it would perform. It did a very nice job. We did about 170 board feet of Oak in about an hour. All we were doing was routing a quarter round on top of the boards. With two passes we had completed the cuts and the boards are ready to go.

I was very impressed with the dust collection that I set up for the router table. I have a 4-inch port going to a trash can Style dust collector. it pulls about 80% of the Dust that we created with the router.

I got the job all cleaned up and I was ready to start my next task. For this one, I had to climb up in the rafters and pry a 2 x 4 out of the rafters that had been left by the installers. This little task did not go as planned. About halfway through the task, my hand slipped and was impacted by the exhaust fan. Blood ensued.

I was able to climb down from the rafters without falling but I was promptly going into shock. I had done a pretty good job on the back of my hand. Time to visit the emergency room.

I could go into the Gory details but I will spare you. The bottom line was I had cut a tendon for my middle finger. I was able to have it repaired on Monday. I had a nice little nap while the doctors went to work.

It is almost impossible to type. My right hand is in a cast and will be there for a long while. The prognosis is good though, the cut was clean, the repair to my tendon went well and I am expected to regain full use of the finger.

Being right-hand dominant, I am getting a new education on how to be left-handed. I know that for some of you this is a natural state of being. For me, it is a totally new experience.

So now, instead of a Woodworking Warrior, I'm Wounded Warrior.

Making the Best of a Difficult Situation

I can still type with my left hand but I am not proficient by any means. Google has a voice dictation application that puts voice commands directly into a text document on their Google drive. Right now I'm typing from my phone and it's being saved to my Google drive.

I know that when Kyle hurt his right hand or his hand anyway, he downloaded Dragon Naturally Speaking. The nice thing about Dragon is that it will type into any window that you like. With the Google speech application, you install an add-on your Google Docs or an application to your phone. Both of these will edit into the same document as long as you have an internet connection. Apparently, the document can also be saved offline on your phone but I haven't tried that yet. But you need to dictate to you Google Drive and the copy and paste it into your destination.

Dragon Naturally Speaking has to have some training to recognize your voice. I found it to be fairly easy to use but with Version 12 that I had, it made a lot of mistakes. Version 15 is the current version and goes for about $150. The Google Voice can be a bit frustrating as it turns off frequently when you pause and occasionally it will get a bad word in there. I have the beta version of Grammarly running in the background and it seems to catch most of the errors.

So, if you'd like to up your game, I recommend that you get one of these voice dictation applications and try your hand at talking your posts into being. I'm finding it to be a lifesaver in my current situation. Once you are used to dictating, it speeds up content creation immensely.

Write something…
Recent messages
Aussiemuso Premium Plus
Oh labman how instantly our lives change. I hope your hand is healing well. In the meantime you have reminded me of my first trial with the Dragon about 20 years ago. It seemed a wonderful way for me to speak write but sadly I had to lower my voice into the basement for it to even recognize that I was speaking. Hopefully they have adjusted this negative.

I can see it has come a long way, so I will give it another go.

Reply Like Like You like this
miaflint Premium
I'm a mom of four kids five and under and I don't have time to sit down to write out a blog post. So I use Google voice while I'm doing chores to write out my post.

Reply Like Like You like this
LynneClay Premium
Sorry to hear about your hand, I hope you heal soon.
I tried Dragon a few years ago and hated it. I had a very hard time with it recognizing my voice, not to mention I have a hard time reading at a regular pace, seeing as I'm dyslexic. Hope it works well for you though. 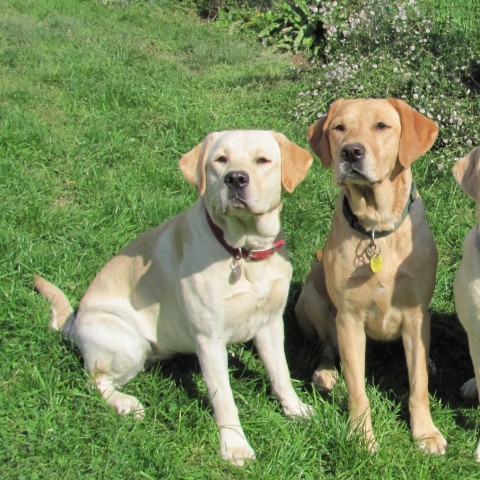