A stigma refers to negative, unfavourable attitude about a given subject and the behaviour it produces. Stigma differs from discrimination. Discrimination is unfair treatment of a a person due to a person's identity, race, ancestry, place of origin, color, ethnic origin, citizenship, creed, sex, sexual orientation, gender identity, gender expression, age, marital status, family status or disability including mental disorders. It is a form of prejudice that spreads fear, misinformation, labels individuals and perpetuates stereotypes. A stigma against people with mental illnesses is oppressive and unfortunately it prevents many from seeking the help they so desperately need. 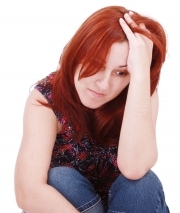 Stigma is everywhere in our lives. Some 60 million Americans - about 20% of the population - live with a mental illness. Every week it is estimated that over 4 million Americans miss work for psychiatric reasons. Despite being so common, mental illness continues to be met with widespread stigma: in hospitals, workplaces and in schools; in cities and small communities too. It occurs around the world, unconfined by culture or national borders.

People experience stigma as a barrier that can affect nearly every aspect of life - limiting opportunities for employment, housing and education, often causing the loss of family and friends. It is also very difficult for someone with a mental illness to not start to believe the stereotypical comments. This is known as self-stigma. Many myths and misconceptions contribute to stigma - often times perpetuated by the media. News articles are frequently portraying people with mental illnesses as violent and aggressive when in truth, those living with a mental illness are much more likely to be victims of acts of crime, hate and discrimination.

Reducing stigma requires a change in societal behaviour and attitudes - attitudes towards acceptance, respect and the equitable treatment of people living with mental illnesses. Perhaps most important is for people to understand that having a mental illness is not a choice and recovery, with the right treatment and support, is possible if we can eliminate stereotypes, stigma and discrimination!

Reply Like Like You like this
tribe82 Premium
The reality is many forms of what is called "mental illness" is a simple imbalance in some minute form of brain chemistry that a person is unfortunate to be blessed with. Modern science is discovering more about these brain chemicals and has come up with many new ways to battle these imbalances so that many, many people can live productive and fruitful lives. If you know someone who suffers thought mood swings, or bouts of depression, I would counsel you to seek out a professional who is well experienced in these matters. The advances that have been made in the last 10 years are amazing. The brain scans that can be done now that highlight activity in the different areas of the brain are incredible; the cost is not crazy. There need be no stigma around this. It is no different than having a clogged artery; it is something that is not right that just needs to be fixed. It can be fixed with help.

Reply Like Like You like this
KevinYoung Premium
@tribe82
Its true - the advances in medicine have gone far to pinpoint mental disorders and advanced treatment options are available but as someone who openly admits to his/her mental health and encourages open, honest, frank discussion - I can assure you that while there is no need for stigma in today's society - it's alive and well! Thanks for commenting,
Regards,
Kevin

Reply Like Like You like this
Terry661 Premium
Well said. I was just wondering if you meant to use the word "Stigmata" at the beginning of your paragraph number two, at least for content of this article?

Reply Like Like You like this
KevinYoung Premium
@Terry661
Hi Terry - yes I did as a plural of stigma but I see the confusion so I edited it out, Thanks for asking
Kevin

Reply Like Like You like this
Terry661 Premium
@KevinYoung
That's OK. It wasn't offensive or anything. I just had different understanding of the word. See, I learned something! < : ) 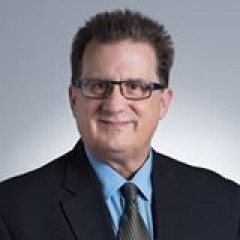