How helping others can help your self

Sooner or later we all face moments where, no matter how hard we try, we can't make the time to work on our affiliate websites.

Instead, life places unexpected demands on our attention whether it's family, injury, illness, or the demands of our day jobs (if we still have them).

When that happens it's all too easy to slip into a bit of a slump and lose the momentum that was driving us to keep creating content, posting on social media, creating training, or whatever other activities were integral to our online success.

This happened to me recently.

Life loves to challenge us

I was super-fired up about the super affiliate challenge and had produced more content in two weeks than I had in six months and then a combination of child illness and tight client deadlines from my day job reduced the amount of time that I had available to... well, probably below zero.

I was juggling taking care of an autistic child with extreme intestinal distress (that's the polite way of putting it) with the requirements of my freelance clients and it was exhausting.

I was lucky if I was getting five hours of sleep a night.

A week went by.

The second week was half-way through when I realised that if I didn't do something, I'd lose all my momentum and six months would pass with no productive progress.

I decided that I wouldn't let it happen this time. This was why I joined the SAC - to give me a monthly goal to focus on and you know what? It worked.

Has anyone seen my mojo?

The trouble is, I'd lost the mojo I'd been enjoying in those wonderfully productive weeks.

Previously I'd had it all set out in my head.

Fortunately, thanks to some advice from my SAC accountability buddy, I'd made a list of ideas while I'd been unable to create. Ideas for content, no matter how far out or weird.

Nothing appealed to me at all. They all looked like scary topics to write 2,000 words about.

I decided to procrastinate and wander the Internet for a bit to see what people were bothered about.

I read some of the conversations on various website comments, forums and Facebook groups. Wow, people were really worried about their ranking.

The weird thing is that many people seemed to be more worried about how the recent core update affected their ranking than what they were actually doing with their content.

I had an idea

I opened Site Content and ignored the title - I wasn't there yet.

I threw down some ideas that I wanted to talk about as sub-titles based on what I'd read.

I broke some of them down into sub-sub-titles using bold text.

I started filling in the blanks. I wasn't thinking, I was just writing.

I needed some pictures along the way. I grabbed them as screenshots and moved on.

I was on auto-pilot. It was magical.

I threw together a title based loosely on the feel of the article and I hit Publish.

I'd done it. I was back in the zone and already thinking about the next piece of content I wanted to write.

What stunned me the most was that I'd written 2,700 words without thinking about it and I'd enjoyed doing so too.

Look for a problem and solve it

The truth is, what I actually wanted to do was solve my own problem by solving somebody else's.

I made no attempt to add affiliate links, in fact I linked to quite a few external sites that wouldn't benefit me at all.

Sometimes, it's nice just to write content that helps people for no other reason than to help people.

If you're stuck and unable to write that next piece of content, why not go out and see what people are really worried about?

You might be surprised how fun it is to ignore your own problems so you can focus on somebody else's.

If you've got a comment, I'd love to read it.

Write something…
Recent messages
5-qpq Premium
No, complaints here, lol. I read your post in seconds. It was that delicious. Thanks, Regards, Becky

Reply Like Like You like this
Kettei Premium
@SnazzyIT
Thanks, Llaisaane, I think you're right about the best content being born from trying to helping others. I feel that I'm writing from the heart rather than trying to find the words in my head (if that makes sense). 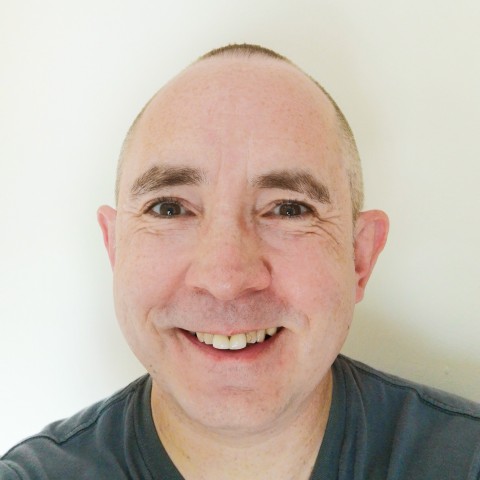