I have been around you great folks for about three months now. This group has become a second family to me and I feel very comfortable here. I have gone through a very rough patch and it will not end for another week or so. My time will be split up even more than normal. Let me explain.

I went on a trip to Las Vegas in September with my nephew for his 31st birthday. He was looking to move there because he hates Minnesota winters. We talked and I did find out he was having a hard time and really thought a change i venue would do him good. We went together and looked at apartments. He searched for jobs. He won some money playing Texas Holdem. He is a great poker play with a genius IQ and a memory that can retain just about anything! Both of us were having a great time!

We flew back to Minnesota and on the flight back he told me he was moving in a few days. He was ready! He had found an apartment. He had a choice of a few different jobs. No more cold! He seemed very happy!

He loaded up his stuff - it all fit in his car - he was living with his uncle and was going to get all new furniture. He was ready for an adventure! He had many miles to drive and a couple of places to see along the way!

He wanted to visit a brewery in Denver,,He did this and called back to report it was a great success! He was now on his way to Los Angeles because he wanted to see that area before he settled in to the daily routine.

He had a great time in Los Angeles and was now on his way to his new life. He was happy and ready to tackle the challenge.

He started working and was even running some 5K races! We were all happy for hiim.

My sister received an early morning video from him a week after he started working and move into his apartment. In this video he tells her all of the turmoil he had been hiding from us for many years. He had been miserable for a long time and just could not take it any more..This was his modern day suicide note. If anyone does not think depression is real this should change their mind. He hid the depth of his depression from everyone. He had some good times but they were overwhelmed by the bad ones. He knew help was available as his mom suffers from the same disease but he refused

I went to school and studied psychology so I do know there was really nothing i could do unless he wanted help. This realization does not make it any easier! I will still wonder what if even though I know better...He chose what he felt was his only way out..

I am the oldest of my siblings, my sister the youngest. I have two brothers in between. I am the one who takes care of this emotional stuff when it happens. I am going to Las Vegas to finish up what needs to be done there about 10 days from now because my sister wants a memorial service next Saturday and I want to attend. I am broken up about this journey but I will do it. I have always taken care of what needs to be done and my nephew was like another son to me...I will do what is right with no regrets and lots of tears but it will get done.

I just want to thank you guys for letting me get some of these emotions out..I truly am all about my family good times or bad. Rest in Peace LK!

Write something…
Recent messages
RDoren Premium
Sorry for your grief. My ex wife died four years ago as a result of depression. Depression does kill. She shut herself off from the world and didn't eat or drink. Her system got weak and eventually shut down. I was shocked and saddened by the death of a girl I had known and once loved since she was 17 years old.

Reply Like Like You like this
KeithMaki Premium
@RDoren
Thank you.. It is real but not recognize by so many people. I hope someday we really get a handle on it as it does change lives and is a disease!

Reply Like Like You like this
WLG Premium
I am deeply moved by your pain Keith.I Pray that the Lord Our Saviour give you and your love one the peace you so desperately need at this time in you lives.I want you to know that You and All of Your Love Ones are in my Prayers and remember the LORD will never put more on us than we can stand.

Some things are beyond our comprehension but we find the strength to carry on.I am the eldest in my family so everything is on me;so I can relate to you having to be the Rock for everyone else.

The LORD Shall Alway Make A Way;
To GOD Give The Glory;
Your Brother In Christ;
William

Reply Like Like You like this
KeithMaki Premium
@WLG
Thank you William! I needed those kind words this morning to keep me focused on my mission.

Reply Like Like You like this
lynnsam61 Premium
Keith,
This is very sad and it is all too common. You are right that there was nothing you could have done. Time spent with your family now will help with the healing, both yours and theirs. I hope before too long you'll be able to remember all of the happy memories that you shared with your nephew without it being painful.
Erica

Reply Like Like You like this
KeithMaki Premium
@lynnsam61
Thank you Erica. I know that the happy memories will come after all the busy stuff is over with.. He was a great young man and that is what I want to remember!

Reply Like Like You like this
CarolE1 Premium
Keith my condolences to you and your family. I know depression and mental illness is a disease that people should take serious. My mom is bipolar and I have dealt with it my entire life the ups the downs and if their wasn't such a stigma around it or so much denial maybe more people would reach out for help and less people would choose to end their life. I know by sharing this your nephew did not die in vain. My thoughts and prayers are with you and your family..
Carol

Reply Like Like You like this
KeithMaki Premium
@CarolE1
Thank you Carol. It does make me wonder how such a stigma is placed on a mental disease...I am guessing it is because it is not visible..This has to change or many more people will suffer through things they do not have to..

Reply Like Like You like this
CarolE1 Premium
@KeithMaki
I totally agree Keith and it should be viewed as a disease and not a default. And majority of people know someone that has a mental disease so why are people still not treating it like it should be treated like any other disease because it is a disease of your mind and people can't control if they have a chemical enbalance in their brain and that is all a mental disease is. So, world wake up and support not condemn. Keith, much support to you, through this tough time.
Carol

Reply Like Like You like this
sdh44 Premium
Keith, please know you are not alone in your sorrow!!! My prayers are with you and you will get thru this and come out stronger for it. Take it one day at a time!!! It is better to get the emotions out and not keep it bottled up inside. God's blessings to you and all involved. At least he is at peace now. So many say suicide is a coward's way out, believe me, it is not. It takes a lot of courage to go thru with it.

Reply Like Like You like this
KeithMaki Premium
@sdh44
Thank you. If he was in such pain where his only solution was to end his being he was very brave in a way....I hope he has found peace now.

Reply Like Like You like this
sdh44 Premium
@KeithMaki
yes, he has found peace now. If only those he left behind can find some peace, but it all comes in time. One never forgets, but the pain does ease up slowly. Hang in there. At least you were with him for a while. 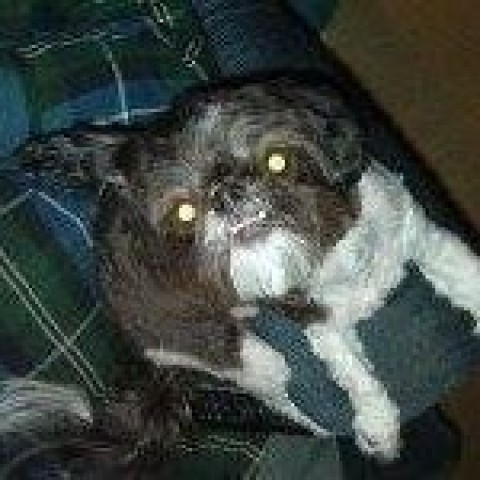