Yo !! ....................Yo is originally a Philly term meaning..."yo".....Anyway, I just wanted to say,"Hello" or "Yo" and say thanks for all the help I have received here at WA and thank you to all who have followed me. I AM SORRY THAT I AM NOT VERY ACTIVE AND NOT VERY ATTENTIVE TO THE COMMUNITY LATELY. I have two websites, i am working very hard on the second one( my production company) right now and neither of them are geared particularly for affiliate marketing That doesn't mean that I am not still interested. I would like to eventually adapt both to accommodate affiliate marketing, and then start searching again for some good niches....... but as one website is for my screenwriting and one is for my film production, I am concentrating more on their presentational aspects because "the good lord willing and the creek don't rise", I will be directing my first feature film next year with an A-list cast and a $10 mil budget on a script that i wrote. Still a long way to go but I think I may finally see "my 'ship' coming in".....I just hope it's not "The Flying Dutchman" LOL Thanks again to everyone!!!

Reply Like Like You like this
wallwolf Premium
Hey Jon, you do the right thing mate, Concentrate on the business. Lots are on here to give a Facebook type account of their day to day, You have your priorities right! Get back to me if there is ever anything I can help you with. Until then, take care Tim

Reply Like Like You like this
apache1 Premium
Yo don't worry if you can't always be here the main aspect is developing your website plus the fact you have two to work on.
Congrats on the directing wishing you the best perhaps once you go well that you can do a small feature film about WA and it's all stars by the way if there is any of that Budget left over let me know I have a PayPal account it could go to. Mine.
Wishing you well with that take care go forward
Andre

Reply Like Like You like this
apache1 Premium
@JohnWT
Your welcome enjoy WA and all it has to offer. To your success.
Take care be well
Andre 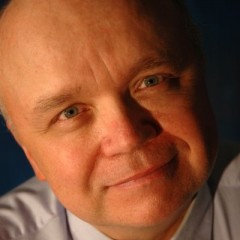