Up until the 'door loop' security sensor had been fitted today, I had no idea if anyone was trying to shoplift, although every item had been tagged but the 'detection' system at the door had not been fitted therefore I had to be extremely vigilant to ensure I had removed and deactivated any sensormatic soft tag or security tag on every item that was sold, otherwise the tags might set off alarms in other shops if I forgot, which I did with one poor customer, who thankfully lived locally and returned to remove the tag!!

On Sunday, I had the CCTV (Closed Circuit Television) Security Company fit another camera upstairs and also a sensor at the front entrance, which would 'ding dong' and alert me when anyone came in and went out. Anyone would think it was Fort Knox! The 'ding dong' is already irritating me, so I constantly need to remind myself of its purpose and just get used to it!

Unfortunately the door sensor was fitted after the upstairs camera; With hindsight it would have been better vice versa, as this would have possibly deterred or startled the thief who stealthily crept in and stole my iphone off the counter in a split second that day without anyone's knowledge!

Had a brainwave and used the 'findmyiphone' app on the ipad which led us outside the shop and then the signal stopped! My mobile had been switched off ...so we rushed over to the Apple store where they put a recovery message on the app. Nothing more I could do now :( as I had already phoned the Police and the Mobile Company.

I was devastated as anyone who has ever had their mobile stolen before, will appreciate that it is much more than the value of the mobile! It is a violation into your private life with personal photos, telephone numbers, addresses and info of others too, that we tend to store on our phones.

I watched the video footage play back helplessly as a well-dressed, clean shaven young man sneaked into the shop, glancing all around, then effortlessly remove the iphone from the counter, slip it in his pocket and exit very coolly. It was so quick that we had to rewind and replay the frame in slower motion.

The Police requested the video footage be transferred to a USB stick which they would collect. The local Community Support Officer passed by and checked the video and whilst I was 'grumbling about how careless & stupid I had been', he turned to me and said,

'You're not at fault. It is the thief who has done the 'wrong-doing' not you! He is the one who is guilty! You shouldn't be feeling angry with yourself? 'You're the one who has been wronged.'

So, I guess at the end of the day, whilst I agree it is the thief who is primarily at fault, part of the 'blame' is apportion to me, as I provided a window of opportunity being 'off guard', albeit fleetingly :(

We go through life, trying to protect ourselves and our loved ones by constantly looking over our shoulders to avoid such scenarios. Being one step ahead is the answer in most cases. Albeit, you have to be continuously alert and on guard because the moment you are complacent or let down your guard, even fleetingly......Boom!....You're the next victim...Or is it the thief who has now become the victim because temptation was placed in his path, so now he is a 'criminal'?

‘THOU SHALT NOT STEAL’

Write something…
Recent messages
mlshands Premium
It is very hard to deal with when someone steals from you or otherwise takes advantage of you. I've seen the fear turn some people negative and always believing the worst about people. I do believe in security and being safe. Staying one step ahead is a good tactic but don't ever stop believing in the good that is in many people.

Reply Like Like You like this
JennyAnn Premium
@mlshands
You're so right....I am always so shocked when something like this happens...it can cloud your vision somewhat to be somewhat wary of everyone. But yes, there are definitely a lot of good people around but you tend to hear about the 'not so good' ones! 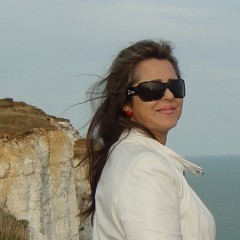