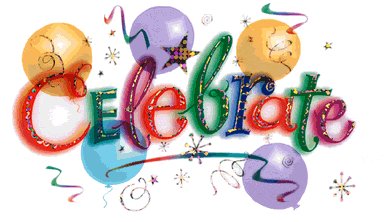 One, it is my birthday! I turn 59 years young today! I remember back when I turned 30 in August of 1987 it really was a big and very anxious moment in my life then. I could not believe WAY BACK WHEN that I was turning 30. Where had all the time gone? Now I realize that it was almost half a lifetime ago. Turning 40 and 50 was no big deal. I'll get back to you next year when I turn 60 however!

The first time I heard this song during that commercial it was as if time stood still. I remember that it was very popular song heard on AM radio when I was still in (egads) high school! Reminiscing I can now easily picture that summer, just about to turn 17 and in the fall to start my senior year in high school! it was my next to last summer working at a day camp, as both my sister and I had been attending since 1969. The summer of 1974 was very interesting for those of us living in the U.S. at the time. Among other things one Richard M. Nixon ended up resigning in disgrace as the country's President in August of that year. 42 years ago!

My point in all of this is that life is short folks! Enjoy every moment that you have on this Earth because, as my late mom often said as part of her many philosophical sayings:

"Life is not promised to you tomorrow".

#2 - Yesterday I received my first commissions earned from Wealthy Affiliate through my promoting this wonderful business opportunity. Yes, it was only $30.50! But that's also $30.50 now in my Pay Pal account that was not there the day before! It's the first small step that I hope to take as I continue to grow one of my businesses here at WA.

Thank you for reading this article. May everyone have a great day as well!

Reply Like Like You like this
JudeP Premium
First of all Happy Birthday Jeff. My parents-in-law had Annie's song played when they renewed their wedding vows so that's really special for me :)

Secondly, well done on the payment - every little helps :)

Reply Like Like You like this
JeffL61 Premium
@JudeP
Thank you Jude for your kind words. My hearing that John Denver song, probably about 10 days ago, might have been the first time I had heard it in decades! I first thought that it came out in the late 1970s. However through simple research I found out it came out in the early summer of 1974.

Here is another interesting thing about that song. John Denver wrote it out in a manner of a few hours. He then gave it to a musical friend to gauge his interests. I used to play and study the french horn from elementary school all the way through college.

What Denver accidentally did and noticed by his friend was that he borrowed the opening melody from what is perhaps the most famous orchestral french horn solo first written by Tchaikovsky in the 2nd movement of his 5th symphony. While in college I learned that solo and had to practice and perfect it as part of my repetoire as assigned to me by my private teacher in college.

Until I read last week of how Denver wrote out the melody for Annie's song I never put together that it so closely resembles the beginning of that french horn solo heard in the Tchaikovsky symphony. According to the research that I found in research Denver's song, (only trying to find out when it came out back then) his friend told John that the beginning of the song as originally composed sounded exactly like the solo in the Tchaikovsky symphony. And unless Denver wanted to have accusations of plagerism coming his way, then he'd have to change up the melody to his song just a little - which in fact Denver did!

Now only the first 5 notes of Denver's "Annie's song" (which does repeat a number of times throughout its length) are in fact the exact melodic structure of the Tchaikovsky masterpiece. Denver went on and changed a lot of the rest of what he intended to be the melody in his song.

Still the song is a classic and so representative of the style of music heard on radio back then. I know that I sound like the typical "old guy" when I say that music back in that time period: 60s - 80's, is so much better than the junk heard nowadays by the Justin Bieber's and others of his ilk today!

Reply Like Like You like this
Andrew-74 Premium
A very Happy Birthday to you Jeff! And congratulations on your first commissions from WA. $30 is just the beginning Jeff, who knows where you might be next year!

And you are quite right, you have to live life to the max! Make the most of every moment and enjoy your Birthday!

Have a great day Jeff and enjoy spending your $30.

Reply Like Like You like this
JeffL61 Premium
@Andrew-74
Thank you Andrew for your very nice comments. I must ask you: Is the "74" part of your screen name signify the year that you were born?

Reply Like Like You like this
EddySalomon Premium
Happy Birthday Jeff! Here's to many more in health and wealth. Congrats on getting your first WA check. Many more to come. Ironically I was just thinking how i need to contact you to see how you're doing. lol

Reply Like Like You like this
JeffL61 Premium
@EddySalomon
Thank you Eddy! In fact I was going to send you a pm which I'll get to right now! 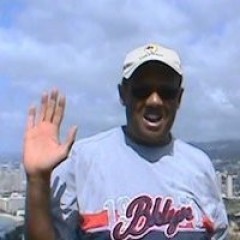