Have taken some time, that frankly, I don't really have, to dig into the world of Emerson through his writings, particularly his essays.

I'm taking a course in Transcendentalism and spirituality, which is not only reaffirming my own inner convictions about life, but also, it is reminding me of why I am so at peace with New England, where I was born and now live. My deepest roots are definitely here, even if I move to another part of the country.

There are many great writers from all over the country. Mark Twain is one of my favorites. Proud that he lived for many years in Connecticut. He was born in the Mid West, but I claim him.

Interesting that so many philosophical movements had their start on the east coast, and then moved west.

My roots are buried deep in this part of the country.

One of my favorite painters is Winslow Homer. Homer's best work was done in Maine... you know, all of those masterful paintings of waves and storms at sea, all painted in Maine.

I feel so close to the great writers from Massachusetts, New Hampshire, Vermont, Maine, Rhode Island, and Connecticut.

When I was a kid reading Robert Frost for the first time ( he was actually born in San Francisco), I melted into the landscape, and became the place, the time, and the characters. I even became Robert Frost for a while. It was easy to do because he is such a good writer, and also because you feel it in the air before you have read anything.

So, how does that relate to marketing?

I think that anything that either expands your awareness of life and other people, or puts you in close touch with yourself, will help you to understand all people better. The better you understand people, the easier it is to communicate with them.

When people know you understand them, they will start to trust you. If you maintain your integrity, that trust will grow. Trust is earned.

Emerson was more than a little bit angry about conformity and hypocrisy. What would he think about society today? Interesting in the context of time.

Write something…
Recent messages
Cylia Premium
Very lovely. Thoughtful and engaging. Emerson's one of my favorites. I named one of my precious little Yorkies after him--mostly called him Waldo. His twin brother was Winston, after Churchill. Big names for tiny dogs with huge personalities. Anyway, I consider Emerson one of my teachers. Self-reliance is a favorite.

I also appreciate your New England sensibility in this essay. I went to college in Boston, then Robert Frost was featured in the first course I took in Graduate School in Indiana. Thanks for the thoughts you've put down here. I don't know if you're still active here. I hope so. I'll look for you anyway.

Reply Like Like You like this
caylynn Premium
Agree with you about the importance of knowing yourself, how you fit in, how you understand yourself and find others do the same. Connecting is so essential to IM.
I too love the classics and each time I read them realize they are timeless and still fit into my time. A paradigm of paradox.

Reply Like Like You like this
jatdebeaune Premium
The older I get, the more I realize we are alike more than we are different. It's a nice feeling. Really enjoying Emerson. Thanks for sharing Caylynn.

Reply Like Like You like this
Mikegg Premium
I agree the ability to connect and understand people is a key to being a successful marketer as well! 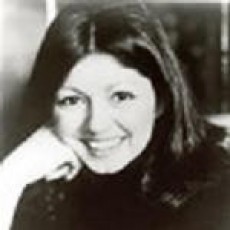