Going back to my first encounter with the PC, DOS was the operating system and I loved it. In one of my free lance accounts I set up an accounting system for an entrepeneur who owned 3 bakeries in East Los Angeles but lacked a proper financial control system.

I chose and IBM clone, bought the accounting software for it and added a dot matrix printer to complete the package. It was an investment of about $5,000.00 which he could easily afford. There was a problem, however, when the person that had promised to run the system suddenly left town and he changed his mind and canceled the deal.

Having obtained the set up from a friend, I took over the lease and installed the equipment in my apartment, which made my then 16 year old daughter very happy. She knew typing and we already had a self correcting electrical typewriter, but the PC was much more exciting to her.

The system had a 20 Megabyte hard disk, which was big at the time, and the memory was measured in kilobytes rather than megabytes, but that was the norm at the time. My daughter quickly learned the word processing software and used the PC to do her high school reports. When she went to college in Northridge, the fact she knew computers landed her a part time job near the University at an X-Ray clinic that paid her a very good hourly wage.

As time went by, better and cheaper systems were available, and both hardware and software became more accessible to the pocketbook. I bought the first version of Windows and installed in the PC, but since the memory was not sufficient, I ended up getting rid of it and kept DOS.

Getting on line at the time required the use of Bulletin Board System, BBS for short but the service was expensive and the connection, slow. But it was progress, nevertheless.

I always kept aware of technology advances and when Linus Thorvald developed Linux, I became an advocate of the system. Several companies developed different versions but the core of the system is Unix, so there was little difference among them.

On my next chapter I will share with you why Ubuntu is the Linux version I have chosen.

Write something…
Recent messages
MarineMom Premium
This is a very interesting blog. Thank you for sharing Hector.

Reply Like Like You like this
Caraid Premium
Ha. I remember back to my 10Mb Winchester bootstrapped from floppy. Parking the heads before shutdown. 2 Colours Black & Green. I had forgotten about BBS's and the chirping of the modem (and the language when the connection failed) 2400, then 9600 baud Wow that was fast ;) Then on to OS2 (don't hear much about that these days)

Reply Like Like You like this
hectoroliver Premium
@michaal
I am on 14.04 because of LTS. I didn't upgrade to 14.10. I also installed wine so I can enjoy Netflix and Kindle Reader .

Reply Like Like You like this
floridajf Premium
Awesome! But compared to the internet speeds we have now as well as the memory that comes with the computers that we purchase nowadays, the PC you had back then was like a fossil xD Running on Kb rather Mb definitely sounds very prehistoric to me, just kidding. Really nice experience though that your daughter got to have a hands on approach with a PC like that back in the days. I'm pretty sure that in the very near future, the computers that we are using now will definitely be dinosaur age computers as well. Can't wait to hear about your next series :) Very much anticipating it. Keep up the awesome work.

Reply Like Like You like this
hectoroliver Premium
@floridajf
You are right on target with your observation. My daughter graduated with a BS in Psychoiogy, and could not get a better paying jopb than she had. Hence, she financed herself an MBA which has done her a lot of good. She became very successful.

Reply Like Like You like this
floridajf Premium
@hectoroliver
Awesome. One of my sons is actually going to Stanford on a full ride, he is either going to go into IT or med school to become an anesthesiologist. 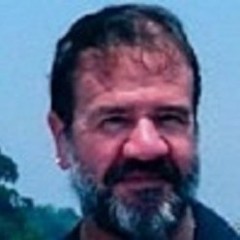