The Japanese word hyoshi is translated to mean Rhythm. In the Martial Arts rhythm can be related to several actions, the rhythm of attacking, the rhythm between actions and applying counter rhythms.

I was reflecting on this recently in terms of how to improve the flow of my actions during my karate practice, when another light came on in the attic of my mind. I started to think about finding my Hyoshi (rhythm) in my online business here at Wealthy Affiliate (WA).

Now that Summer is officially over, September 22, was the Astronomical date for the start of the Autumn Equinox. It is also around the time when we start to focus our attention on organizing our work schedules, closing up the cottage, and putting the vegetable garden to bed.

I would like to share with you five things I have used when returning to a regular work schedule, that you can use to find the hyoshi in your work here at WA:

One of the time management habits I learned on the job was to daily identify the priorities for the day. I usually did this first thing in the morning. The next thing was to identify the tasks I needed to address and complete each priority. In writing down each task, regardless of how small, what I also identified were the priorities that would take a day or more (e.g. research, Keywords, background, creating posts). Those were usually spread out over the estimated time it would take. As you complete the tasks, remember to check them off. There is a domino effect that occurs when you check off one task. By checking off what you have completed you will that it tends to motivate you to go on to the next task. Just think about the training here at WA. During each training module Kyle has us checking off tasks as we complete each level.

One of the things I used to motivate myself was each time I completed a goal or a project I rewarded myself. Now I did not go out and celebrate with champagne or expensive dinners, but I would treat myself to something. Now I love Haagen Daz, so I whenever I completed a goal or project, I would reward myself with a Haagen Daz ice cream.

I no longer do that given the association between weight gain and Haagen Daz, but I do reward myself with other little things like playing Word with Friends (like Scrabble) before returning to the tasks at hand. Or even watching a movie.

Always start with the easy tasks first. One of the things I carried over from school was to first go through the paper and determine what questions I could answer with very little effort and which ones would take a little more brain juice. I would then work on the questions in that order. That way if I did not finish the paper I would have at least half the questions completed instead of three or five. The same thing goes for your list of tasks, look for the easy tasks and work on those first. By completing those you will feel better about tackling the harder tasks and not get so overwhelmed.

I recall in one of Kyle’s videos he suggested changing the way you work, whether it was getting up and moving around, standing up and working or going to another location to work, it did not matter so long as you broke up your routine.

All of us get into a routine, both at work and at home. That can lead to a loss of creativity or diversity of thought. Keep your mind fresh and energized by breaking up your routine. Get up from your computer, tablet or smartphone, go for a walk or do something else, take a break. Instead of working at home go to the library or cafe to do your work.

Change the hours that you work. I am a morning person when it comes to writing. My mind is fresh and energized. So I try and get most of my writing completed before noon. My afternoons are usually filled with running around town doing other tasks or practicing my karate. I still do most of my writing in the mornings, but I am learning to do some research in the mornings and some writing in the afternoons. So far it seems to be working out. I also try to move locations. Some days it is in the Living Room other days the Breakfast area.

When I first joined Wealthy Affiliate, the last place I wanted to spend my time was in Live Chat. Later on, however, I realized that one of the places where you can converse with like-minded people from around the globe is Live Chat. Even if the conversation is about something as simple as the weather, you will find that after about 20 minutes there, you are motivated to get back to work on your online business and posts. The key here is being surrounded by people that are in the same mindset and are following the similar dream. That by itself is motivating.

Another thing I do and I mentioned it earlier is to go online and play a few rounds of "Word With Friends." It is a word game similar to Scrabble. It gets my thought juices flowing and me ready to dive into the day's tasks at hand.

Unlike when I was in high school, and after the middle of the second month when I was bored and ready to return to school, two of the hardest times for me to return to a serious work schedule were after the summer months, and after a long vacation. Visions of barbecues, relaxing in the backyard with friends or memories of the locations visited would be still calling to me. To settle my mind down I found and still find the above five things help. What do you do to get back into your work hyoshi? let me know in the comments below. It just might help a fellow Wealthy Affiliate. Also, please leave a like below.

Reply Like Like You like this
CandP Premium
Nice post!
Like the idea of changing up your work area. We do that regularly. We also like to do our writing in the mornings, like you.
Exercise, whatever you like to do, is vital as well. Keeps the O2 in the brain and keeps the body from going into stasis. Movement is critical.
Luckily, we live right by the Pacific Ocean here on the coast of Ecuador, so we look out at the sea and breathe in its balmy air every day, all day. This helps us enormously.
Thanks for sharing your tips and we hope you have a wonderful weekend.
Colette and Philip

Reply Like Like You like this
HarveyBrown Premium
@CandP
Thank you Colette and Philip for your comments. Exercise is crucial to motivation and of course health. Nice to be so close to the ocean. Great place to sit and do some work. Have yourselves a great weekend.

These are fantastic tips thank you. I am so struggling to keep focused. I feel it takes me too long to complete posts therefore taking me time to start another one.

I'm going to do a task list and see if that works for me and maybe also join in the live chats from time to time.

Reply Like Like You like this
HarveyBrown Premium
@D-Talcob
Thanks Aiesha, start simple, for example write a post is your priority, what are the tasks you need to do to achieve that goal? Once you start doing that, and it is working add other priorities, like complete social media posts etc. Good luck. PM me if you need help. 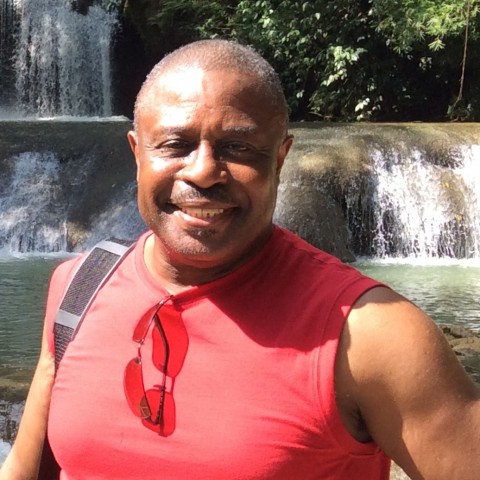