A message from beyond and synchronicity

Listening to your dreams and other synchronise signals can make a difference to your attitude, direction and peace of mind. 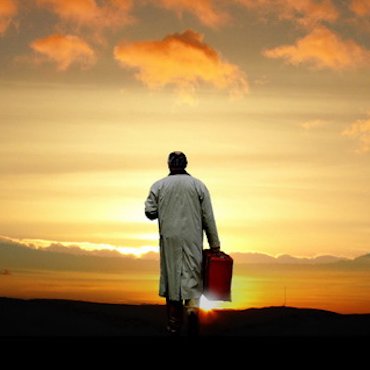 I don't normally write this sort of blog, but this got my attention and felt relevant, so I will put it out there.

Yesterday I seemed to be struggling to put out a simple blog post here and it wasn't on my website. My intention was to spend a little time but it took a day. I struggled with the internet connection and VPN, I struggled with formatting, I struggled with photos and I struggled with myself. I was determined to finish that damned blog! I could not get simple layout to happen or picture sizing right. What was happening to me!! I got more and more intensely frustrated as the day wore on. My perfectionist polishing inner critic was whipping me. Finally I 'published and be damned'. I looked at the result and the unkind words of colleague who reviewed an initial exam draft of mine last term came to mind: "What a train wreck!"

I finally went to bed feeling frustrated and defeated. I have recently started keeping a dream journal again based on what I have been reading in Robert Moss's book "The Boy Who Died and Came Back" and my entry this morning was telling.

So baring my soul as I never would normally do in public, here is the journal entry:

My dream from my journal

This is a dream fragment of a very large and complex dream that I succeeded in pulling back in the in-between state.
The primary people in this dream world were my father, mother and younger brother Gordon, all of whom are now no longer in this physical life. I never normally dream of any of them, it is rare, I never dream of my brother....but all together? That was truly unusual and they have all passed on.

I remember we were in a big house, one we never lived in in this world. My father was busy with some complex project and I and my brother had to do some form of school project work that involved a series of exams. I think I had been helping him and I was feeling a little superior. I felt the material was not hard and that I knew it well giving him that impression too.

My mother came to me and told me that I now had to do one of the exams in the series that day and it was my turn. I sat down reluctantly and began. I found I could not do it! I was having trouble pulling the material out of my mind and putting it down. This should not be hard! I got frustrated, panicky, indignant and threw in the towel with a tantrum! I did not want anyone to see or know that I could not do the work or seemed to know less than I had given everyone the impression.

My mother told me I had to complete the series in time and I better do it. I tried again. Same result and now I refused. She came to me again and told me I had to do them and then said "you have to do them because there will be no one to look after you now"!!!!!!! I reeled in a bit of shock! No more support from my parents when I wanted to retreat and brew? No one to catch me when the roof falls in and my luck goes South? What is this?

I went into the workshop looking for my dad and found my father had cleared it out and he was gone too. I felt he was not coming back! Where all the machinery and complex equipment had been the floor was now visible. There was a protective material he had once carefully laid down on the ornate tiles on the floof for some previous project and I could see he had been sparing only applying where needed. I saw areas where I thought "I would have covered that too" but I knew these were not impacted by what he had been doing so why would he bother....not like me who would liberally over-apply and cover areas not impacted by whatever was the purpose or on areas that would be later covered up be tables or equipment...me..... over applying, over extending and being the perfectionist.

I felt a feeling of frustration and panic in this dream similar to what I had felt last night when my blog had not gone as planned with the layout and I felt had failed somewhat and it would be obvious to everyone.....I felt a bit of a fraud after giving the impression I was more capable with the internet than I am. I had been working to make the blog as good and perfect as I could and spending way too much time on it....overworking it. Frustration and a soured victory when finished complete with bad attitude before sleeping.

The dream seems obvious. My mother's message to me is blunt. There is no one left to shield me, support me and catch me if there is a disaster......they have all gone now! Its only me now so I better knuckle down and complete the exams the best I can, and that means what I am trying to achieve with the internet business and my time in China. I should not be worried about mistakes and what other people may think, nor should I be a perfectionist and I should be sparing of my efforts and time not over applying or extending where there is no point or benefit to be gained.

I think this dream was a very direct message from my parents and my brother Gordon. I had better take note!

Before sleeping I also had a synchronistic experience with my partner when I was having endless drop-outs on the VPN and internet which heightened my tension and frustration. The wireless box was unceremoniously extracted from the wall cupboard and put upstairs near my office with lots of ugly wire looking like a overhead cables in an old Chinese street. Wire taped to the wall and secured with shoelaces!! I was indignant. "I can't live like this!" I proclaimed looking at the aesthetic assault on my home, but all the drop-outs stopped and the internet connection now works perfectly. This seemed symbolic and echoed the dream....stop worrying about appearances, window dressing, perfection etc - if it works then what is the problem? Get on with it. Be economical with your time and don't waste time by overworking areas that really produce nothing and.....to hell with what people might think of you or your effort! I can't predict that and it actually doesn't matter.

Kyle mentions in early lessons not to get hung up on 'gee whiz' website designs, complexity, perfect writing and social networking. His advice is to keep things simple, clean, efficient and to the point with content being king....so the same message from the boss, but I wasn't listening hard enough.

Time to change my approach.

Write something…
Recent messages
herinnelson Premium
Eric, with a post like this, your success is right around the corner! You have a wonderful way of expressing yourself through stories and visions! Great read and I wish you all the very best in whatever you set out to accomplish! Glad to connect!

Reply Like Like You like this
Give It A Go Premium
Wow Eric, I had tears welling up from this post. I could really feel your frustration (and the loss). I think the message you got was loud and clear and your interpretation very accurate. It was the exact thing going through my mind reading it. Have you heard of the Pareto Principle? I was at a course a while back and they brought that up in terms of productivity and perfectionism. We do 80% of our work in 20% of our time, the other 80% is spent gaining a 20% improvement. So if we can let go of the last 20%, we can recapture time and reduce the frustration. It's all good in principle, though it is hard to apply in reality. Something to think about anyway. I love your way of telling of this story.

Reply Like Like You like this
EricBray Premium
@Give It A Go
Thank you so much for this comment. Yes I have heard of it and I needed to be reminded of it. It's very true and yes, very hard to turn it around. I need to keep working on it. I think it is also harder when you are your own boss too as there is no one or outside schedule imposing control on that 80%. Thank you again.

Reply Like Like You like this
Give It A Go Premium
@EricBray
You are very welcome and my heart goes out to you. Sending love your way. Ange 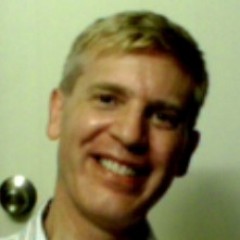 5Years
View EricBray Profile
Follow ericbray
EricBray's Posts
4 posts
View all
A message from beyond and synchr...
6 comments 1 like
Back home in the office, struggl...
13 comments 0 likes
The Clickbank University Fiasco ...
10 comments 9 likes
The Challenges of developing IM ...
3 comments 1 like
Hold Tight!