The following is an excerpt from an interview by James Altucher a well known self help author himself. It is published on JamesAltucher.com

I realized I needed these reminders when I came across his article. I thought some of you might also.

Many people ask, "Why did this have to happen to me?" or "Why did I lose that job when I was good?"

These are lousy questions. You will never get an answer that makes your life better. I get bitter, resentful, and angry. And anger is a form of fear. I'm usually afraid that I'm going to go broke. And if I go broke, I'm afraid I'll die.

Because inside of every problem are the seeds of a "difficult gratitude problem," and it always improves your life to solve those problems.

2. To master anything, talk to the experts.

When he was 24 years old he wanted to train members of the military to shoot better.

"I had never shot a gun in my life," he said. He was scared that he wouldn't do a good job.

So how did he solve this problem? He spoke to five excellent sharpshooters, figured out what they all had in common, and then used that to increase the results of the students in the school by 50%.

This is true for everything in life. I look at an example Mark Cuban shared with me. He didn't just start Broadcast.com and make $1 billion. First, he started a bar… then he started a computer business… then a hedge fund.

He brought the target very close and then moved it farther and farther away as he succeeded at hitting each goal.

Tony told us of one time when he asked people what their goals were. One guy said, "I want to make $1 billion!" At first, this would seem like an admirable goal – set it high! There's that horrible saying, "Aim for the moon, because even if you miss it, you'll find yourself among the stars."

But Tony said this guy didn't really understand his goal.

"By the end of that session," Tony said, "it turns out to achieve the exact lifestyle he thought he needed a billion for, he needed $10 million." This is still a lot of money. But this was Tony's way of bringing the target closer.

5. Experts know they know nothing.

The best professionals in the business admit they know nothing.

Nobody can predict the future. Anything can happen. When I got out of the "future" business, I was much happier. I got into the possibility business.

This made me a lot more successful. Leave the future business for the possibility business, and the world will get infinitely larger.

Someone once told me that Tony Robbins jumps up and down on a trampoline before speaking in front of 10,000 people. He wants his energy at its peak.

You use “the Tony Robbins method." At first you don't know anything… you find five people who are the experts in the world… you extensively interview them… you figure out the simplest things they have in common with each other… you do that simple thing over and over.

And that's how you succeed.

Everyone needs to know where his next meal is coming from. And maybe his next kiss. And maybe a bunch of things. We crave stability, which was the appeal of corporate jobs for the past 100 years (although that period is now slowly coming to an end).

But most of that stability is a lie. You have to find stability inside yourself first.

For me, it's stable to make money from multiple sources. I know that if I have ideas every day, life will be more stable than if I don't.

It's this dance of certainty and uncertainty that makes us human, and we often lean too much in one way or the other.

9. Show people you are grateful.

After age 20, we lose the ability to "insulate" these neural circuits with myelin, the substance that cements these circuits for life. This is where our basic intelligence comes from: building as many circuits as possible with myelin protecting them.

The same thing happens with relationships… business, personal, family, etc. They start off young. That's when you can build a "relationship myelin" around them. You do that by being honest with people, by showing gratitude, by not overusing the connection, by treating it just right so it develops into something that can last a lifetime.

If someone does something for you, show you are grateful.

Tony said exactly how much he saved in taxes by moving from California to Florida. It was a big number. He had a big house. He has spoken in front of 3 million people. This is a process that took him 30 years.

The way he did it was by being the servant of many. By constantly adding value to others, you get value that comes back to you. It becomes natural.

The last two points are the keys to me. If you can't keep those in mind always, sucess with the other points won't matter much.

Write something…
Recent messages
MarieKi Premium
Thanks for sharing. 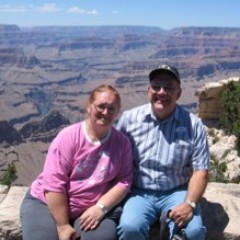