What Baby Boomers Want From Politicians

What Baby Boomer want from politicians, and the politicians need to pay attention.

I Promise You Everything

Baby boomers are reaching retirement age at a rate of 10,000 per day. By the year 2030, boomers are going to be 72 million strong. That well represent 20 percent of this nation's population. That is a block of votes that no elected official can ignore. Not if they want to be reelected after their first term.

Baby boomers have become very family oriented. It was once believed that boomers, once they become empty nesters, were absolutely ready to leave the big house and downsize. That is not a given. If grandma, and papa’s grandkids are still living in the general area of the old home, then the boomers have no intention of moving. Conversely boomers will move at the drop of the hat to be close as possible to their kids and grandkids.

Consequently boomers need the elected officials to provide a good environment for their grandchildren to grow up in. If that community does not live up to the standards that the boomers have set for the community, then politician beware. Boomers who had no problem letting George Wallace know how they felt about segregation. Or influencing Lyndon Johnson or Richard Nixon’s decisions regarding the war in Vietnam, will have no problem giving guidance to politicians who can’t seem to get it right in our community.

It is no secret that nothing brings an economy down and keeps it down, like deficit spending on behalf of the federal government. Likewise nothing is going to affect the ability for our grand kids to succeed in life, or to enjoy life like the government's commitment to eliminate the federal deficit.

This makes perfect sense to me. Private businesses cannot operate for very long, when they are spending more money than they are bringing in. So why can the federal government continue to let the deficit grow at an unhealthy rate.

Bottom line is that, what is not good for the economy is not good for our grand kids. Baby boomers believe that we have been instrumental in getting the politicians elected, it is time that these elected officials stop arguing among each other, and get this deficit problem taken care of.

When speaking about the quality of the community which we will be living during our retirement, and examining the federal deficit, I’ve looked at these two problem from the point of view of, how they affect our family. Now comes the healthcare issue. This is personal problem which affect our bodies. How much more personal can we get.

As I see it we have three problems with healthcare. Number1; Utilizing the healthcare system is unavoidable. We are not getting any younger. Even for those of us who have taken care of our bodies, the time is just around the corner that we will have to utilize the healthcare system. When I was fifty something, thought I was Iron Man. Now I’m in my late sixties and it has been a long time since I have walked 18 holes on the golf course. Point is that getting old is like death and taxes, it is going to happen.

Number 2; Healthcare is not getting any cheaper. Fact of the matter is that healthcare cost are raising all the time.

Number 3; Healthcare workers are baby boomers to. They cannot work for ever, and their positions are going to have to be filled.

I have got no solution to the healthcare problems, but the elected officials that we have put in office need to earn the big bucks we are paying them and solve this issue. I hate to think about what kind of shape the healthcare system is going to be in, the deeper we get into the Silver Tsunami.

Of course there are other problems that boomers are expecting our politicians to solve. I’ll talk about them on later posts. Concerning

Let you voice be heard

these three problems, and the size of the baby boomer generation, I would think that our elected officials need to put solutions of these problems on the front burner. As a former employer of mine said to me. ETHER YOU DO IT OR I’LL SOMEONE WHO WILL.

That is all I have for now. So if you have any comments about this post, or questions to ask, please do so below.

Write something…
Recent messages
ShirleyWoon Premium
Tell it to them Darrell. Politicians everywhere promise the earth, moon and stars. They have very selective memory I suppose. Blessings......
Shirley

Thank you Shirley for your interest
Darrell

Reply Like Like You like this
geo2112 Premium
Hi Darrell excellent post again. I could talk about what is happening with the baby boomers in the UK but I'll have to write a blog there won't be enough space here. Nice one :-)

Reply Like Like You like this
darrellw Premium
@geo2112
Hi George, Thank you for your interest. I have read over and over again that Boomers are responsible for the economic problems in this country. I have to believe that some of the problems would have happened without the help of the boomers. Other problems, we have to put up with because the elected officials are not doing their jobs. It's time for them to step up to the pump, and get the job done. 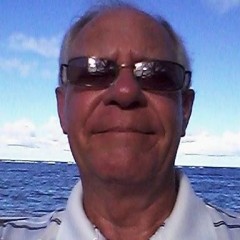