What's up with site comments?

I know that this isn't the first post about people sharing their thoughts on site comments. But this is the first time I am addressing it.

I absolutely love this platform and when I offer comments on peoples posts and website, I do my very best to read the entire post then offer my thoughts and opinion.

WHY WHY WHY....Are people simply recapping the post and taking actual sentences from the post to use as their comments.

I don't want the coles notes of my post. I want an interactive conversation about the topic and if you can't read the post, please don't comment.

Anyone else have this same issue? What are your thoughts

Write something…
Recent messages
magistudios Premium Plus Featured Comment
The best way to mitigate this issue is simply disapprove the comment and move on. With enough of us doing this, the issue will slow.

I realize that you need to write a sentence explaining why you are disapproving which can be cumbersome after a while.

But here is what I do:

* I simply copy and paste their comment in my disapproval text and write [DISAPPROVED] at the top. This takes me only a few seconds.

* When ordering comments, I try to do it during my own business hours when I know others in my own time zone will be looking for sites to comment on.
I find this works well as those with potential language barriers would most likely be asleep.

Reply Like Like You like this
Sonny40 Premium
@magistudios
This makes a lot of sense. Now that I think of it, the wildest comments I get tend to be late at night or early morning.

Reply Like Like You like this
Roseblogger Premium
@Sonny40
Yes but I am not a bad commenter yet I fall in that time zone since I live in Europe, so no its not all people who live in this time zone that are bad commenters.

Reply Like Like You like this
Sonny40 Premium
@Roseblogger
Thank you for sharing this! It's such a nice feeling that someone would write a nice post! Thanks for sharing it with your grandma and with the squirrels in your backyard!

I hope all is well rose!

Stay safe out there

Reply Like Like You like this
Roseblogger Premium
@Sonny40
Yes all is well Sonny, we are still locked in, but its all good, people have suddenly become very dedicated dog walkers.

my son walked our dog 5 kilometers this afternoon 😲😲

Reply Like Like You like this
enriquetrips Premium
@magistudios
I also try to request comments only when I know people from my time zone are more likely to respond. However, I have found this strategy doesn't always work. It seems some people are here 24/7! LOL

I always disapprove one or two comments, but yesterday I had to disapprove six out of eight!

Reply Like Like You like this
Hamish58 Premium
i don’t disagree with anything that I have seen here, but there are those who also struggle to understand the comments system.

I made a few wee errors at the start including mixing up comments with feedback. (I think from what I have seen that is fairly common by the way)

I was appalled at the vitriol in some of the replies I got in disapprovals (I have had less than half a dozen disapprovals out of hundreds of comments that I have made by the way) I just wanted someone to point out how I could improve and let me know what I had done wrong.

It is pretty obvious who is on the credits bandwagon, and I am with everyone on this just serially disapprove them and as Carson has indicated they will lose their access.

But for some it just needs a wee bit adjustment so I have taken to disapproving usually telling them that the quality is not there to be rewarded with a credit and I tell them to read this excellent post from Eric and wish them luck for next time How to Leave Quality Comments in Site Comments Consistently I have seen a number of people come back later to offer me comments who have obviously read it, digested it and acted on it and improved to the point where their comments are ok.

Reply Like Like You like this
Swangirl Premium
They do this because they don't really care about the topic and it is faster to just copy what we say and repeat it with a few common phrases they use over and over and over and over in every comment such as: "Thank you so much for this beautiful article...". "I did not know anything about this before I saw your article". "From your article I now understand that ....". "I will share this on social media...". It is a preset outline they fill in each time so it is fast. They just switch up a few words or sentences. The people doing this are probably just here for the credits which they can cash out for real money. In poor countries the amount of money you can get for commenting here would be quite substantial. I can't prove this but there are many of us here who feel this is what is happening. We need to disapprove bad comments in order to stop this from drowning out good comments.

Reply Like Like You like this
zydegeaux Premium
I have only recently become aware of credits. I have no idea what they do or how you get them... Apparently you are supposed to pay whoever gives you their opinion of your site.

I post a site. One person said it looked good but my paragraphs were too long. They weren't. I am very conscious of breaking up my text to make it readable. I didn't approve or disapprove. Didn't know I was suppose to.

I looked at somebody else's site and said visually appealing, well written but for him to appeal to people within his niche he needed some instruction videos

Again, no approval of disapproval nor was I expecting one.

Reply Like Like You like this
Swangirl Premium
@zydegeaux
Hi, maybe I can shed some light. Your examples are both example of Site Feedback. You should use the Site Feedback platform for such observations. Site Comments is for comments on the topic of the post not the look of the site, structure, grammar, spelling, colors etc. If the post is about a brand of boat, your comment should be about the boat, about boats like it, a question about that boat etc. If the post is about a blender, the comment should be about blenders.

The credits can be used to get more comments or feedback or if you become a certified commenter then they can be cashed out for real money. There are a few other uses for credits as well.

Reply Like Like You like this
Hollshope Premium
I'm with you Coralie. It's a frustrating issue. I get the same commenters time and time again who merely summarize my post or comment on my website OR have such terrible grammar that I have to spend time just making the post presentable. It's a matter of integrity, in my opinion. 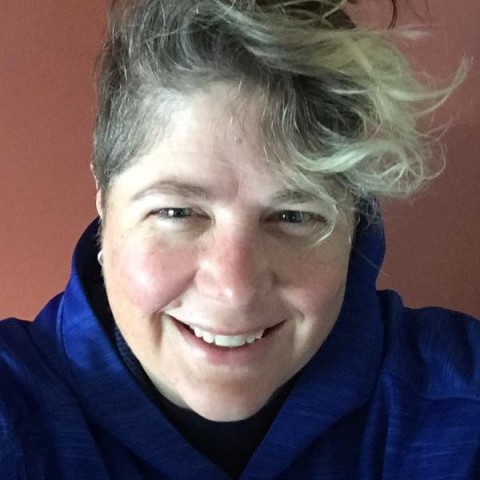