New Page on my Site!

Set in The United States

This review comes thanks to requests from fans who want to know more about 'Misery' characters.

First, we should have a look at the word - misery - It is a noun with the plural, miseries. A state or feeling of great distress or discomfort, very true. To make life a misery for someone, you cause someone severe distress by continued unpleasantness or harassment. Sums up a character in the book pretty well!

Of course, our hero could have been put out of his misery, by killing him.

According to the dictionary, Misery means - unhappiness, suffering, and/or pain. Well, it has got that right!

It is not often that the film equals the book, but both are great, regular readers know I always prefer the written word. Read the book then watch the movie!

The lead character, author Paul Sheldon thought the feeling of being chained to his ‘Misery’ books by his fans was similar to Stephen King being locked into horror or was it relating to his addiction to drink and drug?

King said, "Take the psychotic nurse in Misery, which I wrote when I was having such a tough time with dope. I knew what I was writing about. There was never any question. Annie was my drug problem, and she was my number-one fan. God, she never wanted to leave.”

Pushing the author for further information, asking if Paul Sheldon was him? King said that every character is part of the author. I know what he means, but it opens a whole bag of horror worms.

To explain the plot, Sheldon is a best-selling author of romantic stories set around the time Queen Victoria was on the throne of Great Britain. His leading lady was called Misery Chastain.

The fictitious book-writer decided he would drive to Los Angeles to finish off the first draft of his latest volume. Clearly a better writer than a driver, he managed to fly, with his vehicle, straight off a cliff. I should say that a snowstorm didn’t help driving conditions. Anyway, our author/driver ended upside down in a snow drift.

Neighbour to the accident and former nurse, Annie Wilkes is on the scene to rescue Paul, who suffered shattered bones in his legs. The ex-nurse decides it is better to take him home, rather than going to the hospital.

The injured man is placed in the guest bedroom. Annie has quite a stock of pain-killing drugs, purloined during her days on the ward. You may think he is in the perfect place, drugs, plenty of food, and being cared for someone with plenty of experience.

A doctor, with the help of x-rays, would have set his legs, our nurse has her own plan. She did make some splints herself, which cause rather misshapen legs.

The nurse is Paul’s ‘number one fan’, she is not impressed with the new draft. She does not like all the swearing and violence.

When soup gets spilt on a tender spot and medication is served with soapy water, Paul realizes he is in trouble!

Drawing on his knowledge of mental disorders he knows Annie is not alright in the head. In fact, she is seriously disturbed.

When she reads that Misery is killed off, she flies into a temper. Paul had decided to halt the series, allowing him to change tack with his storytelling. But no, Annie would not hear of it.

She leaves him alone, no food, no water and no medicine, in case, as she says, she may do something ‘unwise’.

Paul is by now in extreme pain, he has withdrawal symptoms, thanks to being reliant on pain-killers, and was very close to dying. Annie forces him to write a new book, bringing Misery back to life. The aged and secondhand typewriter clanks into life with new Misery life!

Paul fears that his ‘nurse’ is very capable of killing him. While Annie goes shopping, he escapes his room to search for pain-killing relief, he discovers a telephone, but it does not work. Excitement grows as Annie returns, can he get back to his position before she goes into the room.

Later he manages to squirrel away a knife. While hunting for useful items he finds a scrapbook, which outlines her life as a murderer, a multi-murderer, starting with her own father.

She had killed college ‘friends’, plus a collection of patients. She also killed babies! Together with her murderous intentions, Annie was blacking out, she was suffering from depression, I can’t understand why, where she would binge on unhealthy food.

She then admitted she knew about Paul’s little trips around the house. She decided the punishment should be to cut off his foot. No worry as she cauterized it with the shed’s blow-torch.

When Paul complains about a dodgy letter on his typewriter, she feels he should lose a thumb! This time using an electric knife, every kitchen has one.

The word has gone out that the famous novelist has gone missing, the hunt is on. A trooper gets around to checking Annie’s place. Paul tries to gain his attention by throwing an ashtray through the window. Naturally, Annie can do nothing but stab the lawman, finishing him off with the lawnmower!

Paul has to finish the book to Annie’s liking.

I think I’ve given away enough of the plot, you will have to read the book to discover the ending. But you really should know, somebody may chase you with a lawnmower if you don't finish the book!

Reply Like Like You like this
CDevonshire Premium
@newlive
I just read that Hitchcock was not allowed to go ahead with a film - it was too gruesome! What a shame.
Colin

Reply Like Like You like this
newlive Premium
@CDevonshire
lol!!.... it would have been right up his alley!...still remembered watching that Psycho movie years ago..was scary .

Is this page on your website? It really shouldn't be duplicated here... and it should be applicable to the WA audience :)

Here's a screenshot from the WA blogging rules:
Found when you start to write a new blog post. 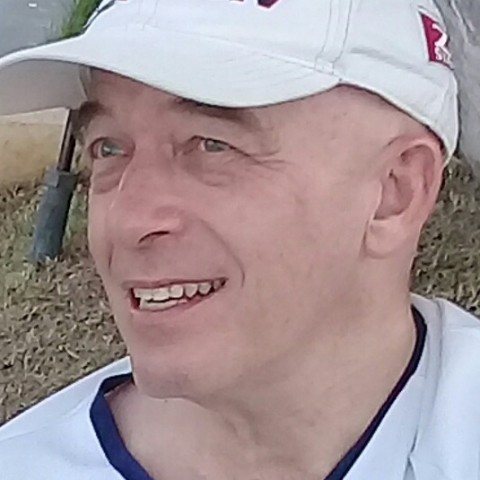