Narrowing Down a Niche

Is it a bad idea to make a site about a topic that has no exact match merchants? Like if I were to do a site comparing and reviewing dirt bikes. It would be nice to then send my traffic to places selling dirt bikes, but there aren't any dirt bike manufacturers with affiliate programs, (there aren't, I checked). I could still have links to popular MX parts and gear sites but my traffic won't be perfectly targeted. Is this a problem? Im assuming this would result in less click throughs, and less sales even when I do get people to click the affiliate links? Ya get what Im saying? Its like, "Oh you want a bike? Oh, well, how bout some gear instead?

Also, If I do an MX site about gear, is it ok to try and try rank for specific and branded stuff? Like "Shoei Helmets" for example?

Thanks for your help on this. Im anxious to get rolling on my site but I feel like I need some clarity on some stuff first.

Write something…
Recent messages
The McKenzie Premium
Bradleygt, your idea rocks. I am of no help as I just got started but your questions were also on my mind for my niche. I am a motorcycle enthusiast so looking forward to your site.

For what its worth, while designing my site (theoretically) and pondering how to leverage internet commerce and traffic flow, I talked to a group who also doesn't have an affiliate program for a special health benefits/products program/store they run. In fact, they didn't know what affiliate meant in our space. But after I convinced them to consider it, they did. Haven't connected to the site yet but once they found out I could send buyers to their store for an appointment via email from my site they were excited.

Haven't negotiated commissions, but their in-store reps make 10 points on any transaction, so I will seek 10% of their take. Their reps are NOT web savvy so sending them warm leads is exiting.

Reply Like Like You like this
bradleygt Premium
Carson added something important in live chat, " Brand names as keywords is just fine. When someone is looking for a brand name in their search, they already know what they want and they are a very good candidate to make a purchase. Product Name + review, comparison, feedback, rating etc.. These connect you with a great audience.

Reply Like Like You like this
Carson Premium
When people are looking for a product name, plus a word like "review", they are late in the Buyer purchase lifecycle. Check out the training on this here:

Reply Like Like You like this
Carson Premium
Hey Brad, although you can monetize traffic to a "related" (not direct) audience I strongly suggest starting with a niche where you are connecting with people looking for something specific, and where you can offer them a product to purchase that is directly related.

If someone is looking for Dirt Bikes and you bring them to your site with "Dirt Bike" related keywords, you want to be able to sell them what they are after. If people do not find what they are looking for, they will go elsewhere.\

However, if your audience comes to your site looking for Product A, you can offer them options to purchase Product A, and also include Product B, C, D, but if they do not find product A then you are losing out on the majority of your audience.

Reply Like Like You like this
Baclaran Premium
If you can not monetize your niche then what's the point. Find something within the niche that CAN be monetized. If you Can find an affiliate program with helmets whether it is Shoei or another then that would be fine, but there would have to be many avenues within the dirt bike niche that do have affiliate programs. Maybe gloves, or elbow pads? :P you can tell i don't know much about it. but you get the idea. Just narrow it down until you find something that you can earn commissions on. Good Luck 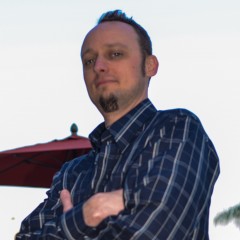