A Turkey Gone to Roost

after a night of partying responsibility beckoned the morning thereafter. it was lonely cold kind of morning, it was the kind of morning that immediately after waking you could dive back into the couch and pass out, but not on this morning. This would be the morning of responsibility and a show of character. regardless of a prior nights masquerading under incandescent moon light while swiping at fluffy tails and continually coming up with winded lungs and empty hands, there lay an off-charted means of regrouping at sunrise.

Into the unknown by myself but not the driver; it was the two hour journey into small but quaint town known as Carthage, yes.. Carthage, Mo. Carthage is a place in world where the population is few but the mechanics will eventually get it right. I take note that this was not the first trek into Carthage and sadly it will not be the last. I was only to act dutifully in a time where duty calls a man to lace up his bootstraps and snap his speedo(off track, regroup and lol). My only task would be to steer a chariot(car) behind a much larger chariot(truck) and rightfully so.

The final stretch into Carthage was Glorious and extremely melancholy until... dun dun dun! A travesty occurred in a lethargic momentum; a turkey appeared in the bottom left flank as we traveled at approximately 70 mph. The driver exclaimed ''turkey don't do it'' and in the very breadth of this saying the message was never relayed because the turkey began to flap his/her wings as if taking roost in a tree for the evening. All was well, and then in an instance... SLAM.. the turkey crashed into the winding shield shattering the glass, I could only brace myself by covering my face in efforts to absorb the oncoming impact. The driver had no means of protecting his face in that he had to steer the car with both hands to ensure our safety through impact.

in any event we came out unscathed not to mention the leader of the chariot(Eric) would not foreknow a visit to the ER for the removal of glass chards from the ojos(eyes in spanish)(Eric is okay now). Indeed this was a sad day for wild turkeys and an even more sad day for Eric's winding shield.

Write something…
Recent messages
bodie1 Premium
im Pleased that everyone enjoyed this post.

Reply Like Like You like this
ReinventMe Premium
Well Im glad Eric is ok now but that poor turkey! You have an interesting style of writing! Pleased to meet you! 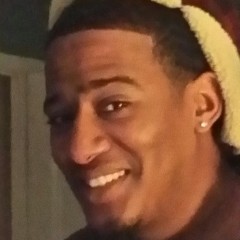