Obsessing Over A Detail - Stand Up Comedy & WA Part ll

I took my very first visit to the feedback section on our site manager. After a little over a month and getting some content on my site, I thought it was a good time for some feedback. Not to mention, the big fat red zero % staring back at me on my site health was starting to look intimidating this far into the game.

WA member Stephhill was looking for some feedback on a banner in her site. We sent several messages back and forth with each other, when we both came to the same conclusion. We'd be obsessing over this for a long time. She had already tweaked it once sometime between our conversations. Which then made me look at it a whole different way.

Both Steph and I realized we obsess over things like this. It will bug people like us for hours, days, weeks even. Constantly making changes, because in our mind, it's never right. I could see this banner of hers (if it were mine) taking me months to nail down, just the way I like it.

Its one thing to have a vision in your mind, but sometimes it's very difficult to create that "on paper."

OK, I know you've been waiting for it. What in the world does this have to do with comedy. It doesn't sound very funny.

Neither is comedy, until the comic gets it right. It's one thing to have a vision of what you think is funny, but its a whole different story once you get it down on paper. You'll here a lot of members on WA tell newbies "Your site is never really finished, you'll always tweak it, add to it, clean it up, etc." One of my very best jokes I wrote for my stand up act, took 2 years to "finish" writing. And even when it was so called finish, I'd still play with it every now and then to see what I could get from it.

We record each and every set of ours. Go home and listen or watch it back, and find out all these answers so we can tweak our joke. What lines can I cut out of it that were useless to the joke? What got laughs that I could add onto, to get more laughs? Comics obsess over every single word in a joke. Does the word need to be there? If no, get rid of it. If yes, is there a funnier word I could use?

Go to a comics set on Friday night and then go again the next night. You'll hear several of the same jokes, told differently. And then we start the process over again. Did the jokes we changed around do any better? Worse? Can I add, subtract?

Words with the "K" sound, are funnier than other words.
Example:

This is where building your site and comedy are similar. Just because you put a banner on your site, doesn't mean its the best banner. You should obsess over things, sometimes. Don't settle with "Well, I wrote the joke, and it got some laughs, now I'll write another one." No way. Dig deep. Get the crowd roaring, cheering, applauding.

Best to you all, in your obsessions!

(For Part 1 of Stand Up Comedy & WA, follow the link below)

You can find clips of my comedy at my website listed to the left on my profile. That site was built prior to joining WA. It is not used for monetization.

Write something…
Recent messages
SarahAnt Premium
Good to know I'm not the only one..!! Nicely expressed here - never settle! (p.s. bearing in mind your question about likes, I also "liked" this post!)

Reply Like Like You like this
AbiMcMetal Premium
Hi BookMook. I was literally pondering these same things today; obsessing over tweaking, taking things off, adding on to, ad nauseam. This seems to be the writer's kismet. Oh well, onwards and upwards!

Reply Like Like You like this
BigMook Premium
@AbiMcMetal
Hey... it's in our blood. If we can't change it, deal with it!
Thanks for stoppin' by :)

Reply Like Like You like this
b4bygur1 Premium
Thanks for sharing BigMook! I never looked at jokes and comedy that way. You have made me see things in a different light now. Great writing also! Good luck in all your success!
Julie

Best to you as well
-Stephen

Reply Like Like You like this
Hippychick Premium
I had absolutely no idea what went into wrtiting jokes, though I've always had a healthy respect for comics, just for getting up there. Cheers for sharing. Think it's given us all a real insight.
I like your comparison with comedy and building a site. Got me thinking about one of my mantras (I have sooo many) which is "always be grateful but never satified" ie be grateful for all this amazing training we've used to build a site but never be satified with it once it's built. I know what I mean, even if no one else does haha.

And I know exactly what you mean. I'm never satisfied with anything I "finish." I always believe it can be better. It has come in handy in life, but it has also hindered me at times. 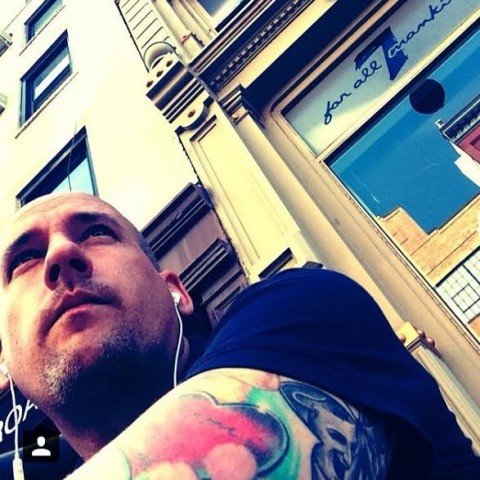