What does Google know about me?

Did you know that when you search on Google, they keep your search history forever? That means they know every search you’ve ever done on Google. Yes.

Google truly know everything about you!

What most people don’t realize is that even if you don’t use any Google products directly, they will still know much as they can about you. Google trackers have been found on 75% of the top million websites. This means they're also trying to track most everywhere you go on the internet, trying to slurp up your browsing history!

Most people also don’t know that Google runs most of the ads you see across the internet and in apps – you know those ones that follow you around everywhere? Yup, that’s Google, too. They aren’t really a search company anymore – they’re a tracking company. They are tracking as much as they can for these annoying and intrusive ads, including recording every time you see them, where you saw them, if you clicked on them, etc.

But even that’s not all…

If You Use Google Products

If you do use Google products, they try to track even more. In addition to tracking everything you’ve ever searched for on Google (e.g. “weird rash”), Google also tracks every video you’ve ever watched on YouTube. Many people actually don’t know that Google OWNS YouTube; now you know.

And if you use Android (yeah, Google owns that too), then Google is also usually tracking:

If you use Gmail, they of course also have all your e-mail messages. If you use Google Calendar, they know all your schedule. There’s a pattern here: For all Google products (Hangouts, Music, Drive, etc.), you can expect the same level of tracking: that is, pretty much anything they can track, they will.

Oh, and if you use Google Home, they also store a live recording of every command you’ve (or anyone else) has ever said to your device! Yes, you heard that right (err… they heard it) – you can check out all the recordings on your Google activity page.

Essentially, if you allow them to, they’ll track pretty close to, well, everything you do on the Internet. In fact, even if you tell them to stop tracking you, Google has been known to not really listen, for example with location history.

You Become the Product

Why does Google want all of your information anyway? Simple: as stated, Google isn’t a search company anymore, they’re a tracking company. All of these data points allow Google to build a pretty robust profile about you. In some ways, by keeping such close tabs on everything you do, they, at least in some ways, may know you better than you know yourself.

And Google uses your personal profile to sell ads, not only on their search engine, but also on over three million other websites and apps. Every time you visit one of these sites or apps, Google is following you around with hyper-targeted ads. That is to show Google knows about you

Write something…
Recent messages
ElaineSmith1 Premium
Hey Bibian,
I guess we can't use the phrase their watching you but instead "their listening to you"

Reply Like Like You like this
AlexEvans Premium
A lot of folks are blissfully unaware that they are being followed and stalked across the online world.

The challenging thing for us as marketers is where does our compass sit or point we to can join the game Google analytics and advertising via Google AdWords.

Long story short we need to learn how to manage our exposure, one of the hardest things is to become a non-entity.

Very good post, Bibian, thank you for the reminder.

Reply Like Like You like this
CarolMeador Premium
@AlexEvans
Hi, Alex. I agree that we need to be cautious with our exposure, but how do we go about that and still be able to use Google to our advantage? 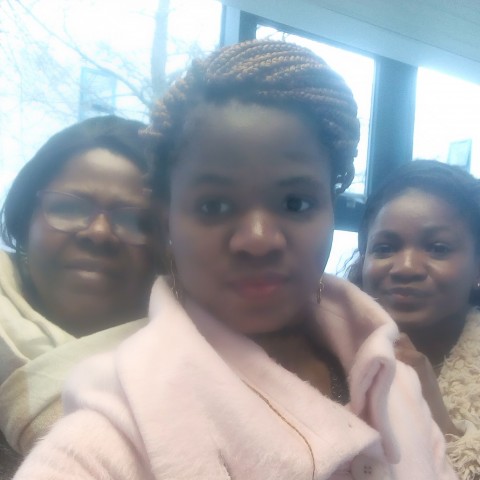