Have you been working so hard, but yet have NOTHING to show for it? What happen to the famous saying, " Hardwork pays" This saying had made many people to believe that to be successful, one has to work hard. This is a comon lie been spread like widefire across the world. The government tells us to work hard; we encourage our children to work hard; and when someone in any organization publicized their success, I see people commenting that "congrats, your hardwork has paid off." Is it really true that HARD WORK PAY?

How come I can't Succeed with All my Hard Work?

If you're like me and the millions of people, including those who have shared their sweat and blood, even giving their lives working very hard, "Going Above and Beyond" without NOTHING to show for it or REMAINED poor to the grave, DON'T BEAT YOURSELF UP, it's not your fault. Also, it's not that you are lazy, not smart, or a FAILURE.

I know many of you can relate to this; been at Wealthy Affiliate or other platforms or business ventures, working diligently (spending 9-5 or more) learning and taking the necessary steps, but seeing no profits or reward. You feel like you're in circle or stuck in time. You can't seems to break free or have a break through.

But it could be cause by something many of us have forgotten or haven't heard of-Generational curses. Another reason could be that you are been "BEWITCHED" by people within your family, especially those from certain third world countries like Nigeria, Haiti, etc.

I was inspired to write this post to educate you all or to remind folks about these possible causes that are making most of you failed in almost everything you tried despite others succeeding in them.

And to encourage you that keep fighting, keep believing, and even though, some of you might not want to hear this, but I will say it, " Maybe is time you give God a chance." Just like I always say to my friends, if you keep trying and failing, why not try a different approach by letting someone try.

What does the bible says about Generational Curses?

The book of Exedus 34:7 says, " Keeping mercy for thousands, forgiving iniquity and transgression and sin, and that will by no means clear the guilty; visiting the iniquity of the fathers upon the children, and upon the children's children, unto the third and to the fourth generation."

Is interesting that people. are quick to blame certain things like Alcoholism, Antisocialism, and other addictions to genetics, but will not agree that generational curses do exist just because it has affiliation to religion or christianity.

I want to encourage you all to be unbias in your thinking because knowing what you're up against can be a good thing. For instance, for a medical doctor to successfully treat a disease or disorder, she or he must first find the root cause (etiology) by asking questions related to the patient sysmptoms and signs (history taking) which we called making a diagnosis.

Unfortunately, this is not neccessarily the case in modern medicine despite the advancement in technologies-we focus on slapping bandages to cover the wound (managing the symptoms instead of tackling the main cause) until it's too late.

Just like what is happening in the worls right now with the COVID-19 pandemic. With all our major advances in technologies, a single microscopic organism called a coronavirus had bring down countries like the United States (US), Great Britian (UK), China, etc., to their Knees.

The economy, the healthcare, and education that took us 100s of years to advance were brought down within couple of months.

Although, these negative impacts is not the focus of our discussion, but it goes to prove the existence of a supreme God and the effect of generational curses to individuals and nations when we run out of time.

What about Generational Blessings?

In the book of Deuteronomy 7:9: "Know therefore that the Lord your God is God, the faithful God who keeps covenant and steadfast love with those who love him and keep his commandments, to a thousand generations."

Basically, just as the our parents' sins against God can lead to curses been passed down from generation to generation. So, is blessings. In the quest bible, one of the bible chapter said blessings will be passed even to the tenth generations.

Its amazing how most people strongly believe that there family can be curse with death at certain age or before a particular age and just ACCEPT it as part of life without looking deep to the root cause.

I met someone in my place of working telling me how everyone of his family members have died before reaching 60 years, except him who is getting close to 70 years.

He also mentioned someone who has reached 91 years looking forward to 92 because all his family died at 92 years old, and he said, how I wish I can reach 91. So, I asked him, what's stopping you?

He said because everyone in my family died before 60 years old. Then, I said, if you can beat the odd, you can still attain over 90 if you believe and God favors and blesses you with long life.

What is it to be "Bewitched"?

Like I mentioned in the introduction section, certain family members are possessed with certain kind of mystic powers due to the association with diabolic practices such as the Voodoo practice, witchcraft practice, frantanity, occultic, etc.

These people have the ability to see the future of innocent people with great potentials or fuure. The make sure everything you put your hands do not succeed.

I personally can tell you that stuffs like these do exist and that is the reason I don't like posting my success on the internet until recently. I never used to believe in such existence of metaphysical powers.

Before, I do call myself a Christian, but living the life of partying, womanizing, drinking, etc saying to myself that I'm born bless and nothing can stop me. Until I migrated to US, I started noticing the forces at work trying to stop what God has destined me for.

For more on my life journey, watch out for how I overcome generational curses, family bewitched, and excape death by suicide, watch out for my next week blog post.

A simple way to bring this point home is to paint a picture in your mind. Anyone who have been doing all the right thing society asked of them correctly; went to high school, college, university, and masters or doctorate program obtaining all the degrees with above average grades and still struggling to meet ends needs.

The worst part can't even have a decent job despite the maassive skills and knowledge possess.

Some of you have worked so hard, harder than these folks I mentioned, even twice and longer than what those who are already making money using their websites in this WA platform and other organizations.

Is it that they work harder than you and me, or the people who work for them?

Here is my verdict. Is good to be hard working because even the bible says there is no food for lady man, but success is a favor from God which is freely given to anyone he choice to at his own timing just as it RAINS on the good and bad.

My life experiences is a testimony because I have defied everything about science, the physical, and the supernatural by making one last move and a leap of faith.

Everything try to stop me from being called a Medical Doctor (MD), but today, I can Confidently say, I'm a medical doctor. 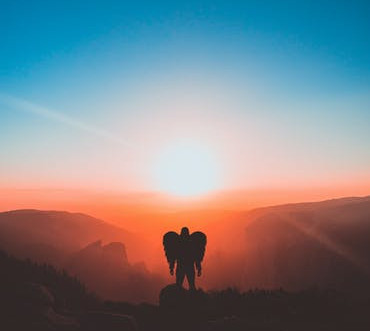 You can't smothered fire with fire or defeat spiritual forces with physical forces. So, go get battle ready putting on the armor of God because the battle of our warfare is not carnal but mighty through God in the pulling down of every stronghold (curses).

NEVER GIVE UP, KEEP BELIEVING, AND THERE IS LIGHT AT THE END OF THE TUNNEL

For more on how I overcome generational curses, family bewitched, and excape death by suicide, watch out for my next week blog post.

Stay bless and be safe knowing that a life without Christ is a life with Crisis.

Write something…
Recent messages
Kyle Premium Plus
Brilliant post Benson, thanks for sharing.

My thoughts on hard work, is that yes it will pay off and it will pay in parallel depending on what you are doing. If you are building brick walls, then if you work hard you will build great brick walls (and do so efficiency). Your upper limit is based on what the brick wall market will bear.

So you choose your positioning and then if you can work hard within that area, you can reach any level of success that is capable within that. 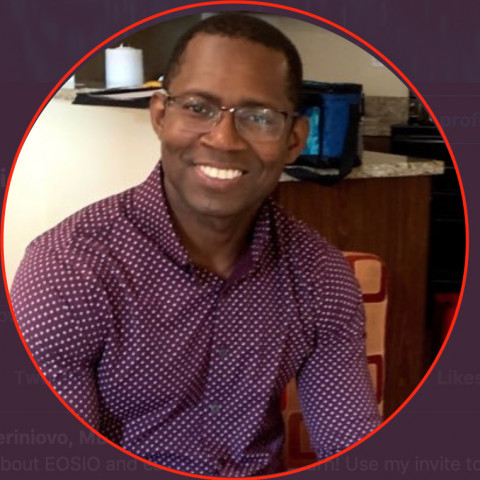