Has Anyone Got A Spare Deidre Or Cilla?

Does anyone have a funny or charming character that they simply love from the TV?

If you are homebound then you may well watch rather too much TV than God probably intended you to but, there we go. All of us. everywhere, are all in this together.

One of my favourite ever characters from any TV was a lady from Coronation Street. Her character name was Deidre Barlow and I think she was utterly hilarious in huge square rimmed glassed that made her look like a ruddy great fly.and she had one of the most Deirdre voices I've ever heard. If you don't know who I mean then please allow me to explain.

She probably was a very good actor/ess - we must be politically correct in these modern times. eh? I couldn't tell behind those glasses. When you look at a person whose glasses are bigger than they are it's hard not to giggle and even harder to take in what they're saying.

Well, Deidre Barlow was played by a cool actress called Anne Kirkbride. She ran into a slight problem that was so tragic and sad it wrecked a lot of British people's year. She went and dropped dead, just like that.

See, I said it was tragic and sad so stop laughing! She had years in her left ,and I hope all us wake up from wherever Anne now resides, and get to say "Hi, Anne, you're looking perky."

And then guess what happened shortly after that? Dear old Cilla popped off as well.

It's heartbreakingly, unfathomingly sad, that's what that is. But, I don't think it should ever be in our minds to thinks so dis-spiritingly that any human heart sinks. I suspect we have to learn to dry the tears or else we are going to get extremely sad.

At the moment we've got to lift our hearts upwards and look on the bright side of life, here in the UK, now that our Deirdre and Cilla have gone and left us. We'll meet again one day, be sure of that, your DNA should tell you this fact.

The very first thing it is nice to remember, and it can be cool to do this every morning, is to remember that you aren't quite dead yet. The wheel of life still turns in your direction as you lift yourself from slumber each day, if you can. The breath of air that fills your lungs gives you a distinct advantage over dear old Deirdre and Dear Old Cilla.

There is one lovely thing you can do each day which is to laugh. It truly is the nectar of the soul and doesn't it so brighten the day?

Deidre's catchphrase was a long, drawn out "Ke-en" because, like characters in every soap opera around the globe they pack in the tragedy for their viewers' delight and gossip, while all around, viewers' heads become super-glued to their screens.

Heaven help "Old So-And-So" in the TV forums this week - he shouldn't have hit his cat with that cricket bat straight through the window while next door's roof was going up in a gas explosion, should he?

But his character was troubled and having a breakdown 'coz his first cat had been kidnapped by an over enthusiastic viewer with a grudge.

Now I wonder if anyone can recall the days, way back, when only one person in the street had a telephone? We really used to call them that that way back when. Way back when the shops closed mid-week for an afternoon and we all went and had a bit of a lie down. We, like all youngsters, were practicing getting old so we needed our sleep.

In the old days we knew Deidre Barlow and we listened to Cilla's squarking and lapped it up. Cilla got in the UK charts. Hmmmm, not really a good advert for Liverpool. Perhaps it's their lovely accent and I'm sure any UK northerner would raise a glass with me and say "Ta, Chucks." People right across the UK would.

So those of us, who like me, have lost their Deidre.and our Cilla , we are Deidre-less. We are Cilla-less,

We need a new Deidre in our lives, the people on Eastenders simply don't cut the mustard. They are depressing and horrible characters and I don't like them at all. It's just as well we haven't lost a Ruth or we'd also be Ruthless and that's just not right!

So, to any aspiring actors are out there I say this. Get a shift on and get on the telly, will ya!

We need a new character, so if anyone has a spare Deidre or Cilla can we share her on our British TV screens? We need a good laugh, all of us do, everyone knows that.

Write something…
Recent messages
KatieMac Premium
lol never figured you for a soap opera person .. not something I watch can you imagine living their lives with all the drama .. I do like things like French and Saunders oh and Mr Bean

Reply Like Like You like this
KatieMac Premium
@andrekish
Been another lovely day October has certainly been a surprise. hope you and Caroline had a good weekend

Reply Like Like You like this
andrekish Premium
@AlexEvans
Hiya - ain't we getting ancient? I remember Corrie 'coz of living in Brighton where quite a few of them there posh celebs come for a knees up - til they get chucked out.

Met one of Ken Barlows's street wives in Brighton. She's on TV all the time these days but can't remember her name.

I used to say 'Hi' to the lady who played Minnie Caldwell years ago - just in passing as I saw her inthe streets quite often.

Met one of doctors from Corrie twice in local shop - the one who had affair with Maxine.

Met and had sarnies in the park with Dora Byran - gawd bless her - another sad loss.

I met bloke what was on The Bill as Burnside twice.

Reply Like Like You like this
ConeyM Premium
Thanks for this blog. Just getting a glimpse of the British TV screen. I am not familiar as I am from Canada, but interesting and entertaining info Way to go!.

Reply Like Like You like this
andrekish Premium
@ConeyM
Hiya - you're so much better off in Canada! You don't have 50 + years of Coronation Street drivel in your national heads over there.

Any spare LIVING TV folk we should watch from Canada over here? 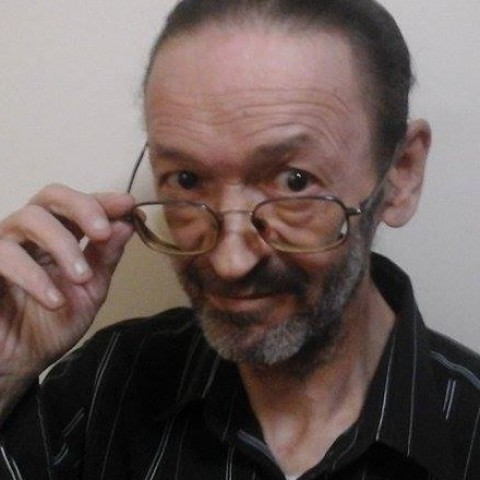