I feel like I owe everyone a huge apology. My work habits have been so hit-and-miss lately. My rank has dropped from 61 down to 104. That shows that I haven't been around and helping and encouraging y'all like I should have been. For that, I am truly sorry. I haven't been carrying my part of the load.

Some of you may remember that my hubby, Steve, was in the hospital in June for a few days. He has continued to feel bad. We went on vacation and during our vacation he started having some new symptoms such as he has a hard time 'catching his breath'.

To make a really long story shorter, we've since found that he has A fib. He was actually hospitalized for it for a couple of days. It took 19 hours to get his heart stabilized. They have started him on medication and that seems to be helping with the A fib, but his oxygen levels are so low now that he is starting to have a few bouts of confusion.

Now, Steve is a very strong and healthy man. He has hardly ever been sick since I've known him, and that's a very long time. So I know that when he says he is sick and something is wrong, it just nearly scares me to death. So, on days that I could have worked, my concentration just isn't in the game. I feel terrible for that, but that is how it is.

Anyway, back to Steve. They were doing a 24-hour test on his heart yesterday, but the crazy sticky things wouldn't stick to his chest like they were supposed to, so he has to do it again today. These tests literally worry me sick. I don't think we will know any results until Monday or Tuesday now. So after today, it is a waiting game.

His heart rhythm has settled down to a nice calm pitter patter, but the breathing still worries me. I can only imagine the panic one must feel when they can't breathe.

Steve has been my rock and my best friend since I was 16 years old. He is sick now and needs lots of prayer. So, I am asking you, my WA family, to please remember us.

I'm going to try to do a little work today. I know I won't be able to work all day. We have another Dr. appointment at 4:00 so we will leave here about 3:30. But, I will try to have a full day tomorrow.

I just wanted you guys to know that I still love WA and the great people in this community. I will hopefully be able to pick back up my end of the load and be a team player again soon. Thanks for listening this morning. I just needed to say this.

Write something…
Recent messages
Datsron62 Premium
I seriously doubt, no I’m gonna just say categorically....that not a single member here would fault you for caring for your husband. And I’ll also say, that an apology to anybody here is not needed.
You are a sweetheart for doing so, but now you’ll have all of those same members praying for and hoping for recovery and healing for your husband.
That’s alot of love fixing to come your way. So get ready!!!
Myself and family will not forget you in our prayers and wel look forward to the good news from a speedy recovery.
Isaiah 41:10

Reply Like Like You like this
WendaSue Premium
@Datsron62
OK you guys, David brought tears to my eyes. But now, I'm officially bawling!!
I love my WA family!!
Wendi :)

Reply Like Like You like this
mystyle Premium
Sorry Wendi, i am sympathizing with you... that is part of life, we have to be there for each other. You are doing a great thing by taking care of your Man. Well done Wendi.

Reply Like Like You like this
IamVirginia Premium
You will never see this written on a tomb stone, "I wish I had spent more time at work." Family is what matters. As far as you helping, that is gravy. It is appreciated, but not required. I will be praying for you, now go and be with the man you love, WA will be here when you are ready to come back.

Reply Like Like You like this
Godsmack12 Premium
In the first place no apology is needed. Wendi your a rockstar and your husband is lucky to have a caring wife to be by his side while he is having difficult times. We're here for you and praying for a full recovery. 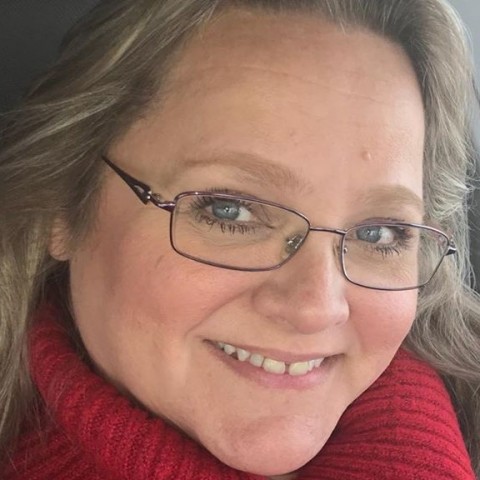