Houston Astros win The World Series for The first Time!

This means a lot! To me, to Houston, to Texans, To The Astros and to all their long time faithful fans!

I can remember The Astrodome in the earliest years that The Astros played at the brand new Astrodome. I loved the game, excitement and the fans Everyone rooting for the Astros wanted this new team to make it to The World Series! The Stadium was alive with sounds of cheering and intent focus! To this day listening to baseball games on the radio always reminds me of being at the dome.

Though I am not an avid sports fan. I love sports and teams and their loyal fans excitement when their team wins! As a young person I had more time to watch follow and develop favorites. Also going to The Astrodome helped plant the team Astros in my mind and heart for a favorite baseball team. My focus had to go to other areas of my life. If you live in the states you more than likely have a favorite team in at least one sport. Whether or not you are an avid sports fan following every game

Maybe you can derive a bit of encouragement from this long overdue win of The Astros.. This team started in 1962 as Houston Colt .45s. Then became The Astros when the Astrodome was built. I can remember going to watch them play in that new stadium. So yes it means a lot to me.

Looking back at how many years, since the origination of this team, now known for decades as The Astros is (wait for it) 55 years. 55 years! 55 years to finally win The World Series! That is a long awaited win for the title Champions!

55 years is a very long time. 54 of those years are consecutively without a world series win! How long are you willing to put your best efforts into becoming the best in your niches? Do you get discouraged, and want to give up? I can tell you, that is how many fans felt, through the years, about the Astros. I can tell you there are some loyal fans that are celebrating this win! Not only do they desrve to celebrate, The Astros deserved this break, this win!

Fans that waited 55 years are very loyal, and The Astros have such fans. Loyalty, it is developed, a choice. Loyalty can be defined by words such as, faithfulness, homage, adherence...loyalty to me is like soft actions and thought of support barely noticed at times. Loyalty is actually best seen and described when reflecting back on an event or segment of time. Loyalty is not supporting a winner everytime or changing for popular reasons. It is not about the winning but rather focuses on belief and love for another or an idea. Loyalty does show with the Astros long time fans. They were not heard of making the news as poor sports. They just continued believing. The dashed hopes and disappointments came year after year. Decade after decade, wanting to be Champions! Yet, every year brought a new season of renewed hope. The Houston Astros long time fans could be seen, consistantly supporting and with not wavering loyal to the team, The Astros for however long it took to win the title. It is about the team, the game, the community the fans.

So how can The Astros Win help you? Lets look.

Sometimes a prayer takes this long to be answered. It does not have to take this long to become successful. I believe in WA Training. I believe members who have gone through training and attest it works. Showing other members that it worked for them,.

Find members who have been here a long time. Read a few of their blogs and a training or two. It is not about popularity, it is about loyalty. It is about learning and taking actions almost daily. Loyalty outlasts popularity. Sure you can change your loyalty. As many have done in sports based on wanting to be on the winning side. Or just because they relocated. It is harder once you have known the group excitement of like minded fans. Most people outside of Houston and Texas would not become fans of The Astros, certainly they would base their decision on popularity in The Astros case, the lack of popularity. These type fans have nothing invested. So who do you invest your time into? Yourself of course. If you are here to become successful, developing loyalty to yourself and your goals, is a must.

Think of 54 years of discouragemet...Then year 55 they win! It is worth celebrating! So are you will to wait to celebrate if it takes 55 months to become succesful? 55 months works out to be approximately 4 1/2 years. When you view it in years it does not seem so long. Sure 55 years is a long time. In 55 years your childrens children could be running and managing your legacy, websites. Is it worth it to continue and hang on to your hopes and dreams? If you thought it would take five years would you work consistantly because you knew the day really was coming? You could rest easier while working consistently knowing it was a for sure thing.

You can look at my newness and try and discount or even discard what I am comparing here for you. I know how hard 55 years is to finally aquire, see, or have something important happen finally! I am here for long term success. I am consistently improving and taking actions. I work at a pace that may be and probably is, different than yours. I believe in myself first. If WA went away? I would continue. That is commitment to my dreams concerning web based businesses.

So in conclusion for the new here, find your daily dose of encouragement. Remember to leave some of your own encouraging words for others here consistently. Do it Daily. And spread the love. Try to read and seek members that are quiet. Your encouragement could inspire them. That is, if you believe in giving back to the community.

Maybe it will only be 55 days til your breakthrough. Whatever it takes, you will not know until you try by takeing consistent actions towards your dreams. Only you know your level of loyalty. Maybe loyalty to your goals is what will keep you continually pressin forward. O

I am Celebrating with The Houston Astros and the Astros Fans, in spirit from a far! I am using this long overdue win, for encouragement to continue until my win happens too!

Write something…
Recent messages
TRPEng Premium
Thanks for a encouraging moment.
Trevor

Reply Like Like You like this
jetrbby80316 Premium
This is a wonderful Cinderella story - now 2 years in a row considering the Cubs last year (sorry, they are still the best Cinderella story, having not won a WS since 1908!)

Even though I live in New York and have always been a Mets fan, I remember fondly those old days from the 70's at the old Astrodome with Jimmy Wynn and that big reliever Lee !! Then later the Great 12 inning game vs. the Mets in the 1986 playoffs.

Reply Like Like You like this
VSinatra Premium
@jetrbby80316
Yes I was all for that curse to be broken. Celebrating 100 years at Wrigley Field and breaking a stupid curse ( unsure about the origination or details, which I am sure has been forgotten yet embellished over the century plus since) all at one time...

So I agree about Cinderella stories. However The Cubs had won before albeit a lonnnnnng time ago. The Astros had not. So neither story can be discarded or truly compared. What really matters is that each of the past two years two teams deserved a win. It is encouraging, each teams wins and both stories.

Maybe I will research The Cubs now. :))) 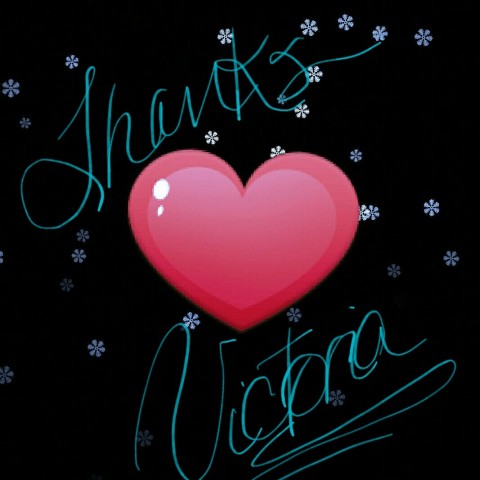