The Difference Between Site Feedback and Site Comment With Examples

Hey folks, it's been a while since I've dropped a line here. But this one has been in the back of my mind for a while. I know the topic of site comments vs feedback has been addressed on a few occasions. But it seems that some people are still having some difficulty with understanding the difference.

It’s often frustrating for some of us when we submit a post for a comment and we get feedback. For that very reason I stopped using the site comment platform for a while. I just couldn’t take the frustration anymore.

So after what I thought was a reasonable time away from using the platform, I decided to give it a go again. Think you can hazard a guess as to what happened with the first post I submitted for a comment? Yep..., I got feedback. 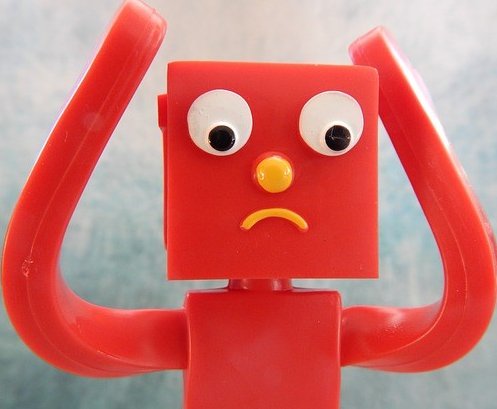 Okay, honestly speaking, I think that some people genuinely don’t know the difference between the two. So I thought I'd put a spin on things by including an example of each to sort of help clear things up a bit. The examples are based on actual feedback and comments received, errors included. Cool? Just so you know.

Okay, when it comes to site feedback, that relates to you providing information about things like, website layout, colors, use of imagery, headings, even the font used etc. It becomes clearer when you look at the actual definition of feedback; information about reactions to a product, a person's performance of a task, etc. which is used as a basis for improvement.”

Below is an example of feedback that fits the definition. Now this was actually left on one of the post I submitted for a comment.

“Wow, this was a great article! you gave a lot of advice that came from your own experience, that made it more personable and interesting. Your use of images was great, they were relevant and not overwhelming. the only thing I might change is to give a little more promotion to WA as an alternative. You did use the banners, but maybe a short paragraph towards the end about the help that's available at WA would peak some interest. Good job”

Now that’s feedback, because the person is providing information related to what they thought I did right and what they thought I could improve on. Hey, there is nothing wrong with that. But if you think about it, the feedback becomes irrelevant to the post, once you "use" the information. That's why it has no place on your website.

You also may have noticed that with the feedback example, there isn’t anything related to the content of the article itself. Therein lays the difference.

When it comes to site comments, the focus is on the article itself. It’s your written expression, opinion, or reaction to the article/post you just read. Here are a few things you can do when making a comment on someone else’s website:

This is by no means an exhaustive list, but it’s just meant to give you a bit of insight. That being said, I’ve included two examples below of what comments can look like.

“I love this post.
You’re so right, in that running an online business is the same as running a bricks and mortar business- you’ll get out of it what you put in.
I started my blog about a year ago now, and learned everything the hard way. I can happily say, though, that I now have a sound foundation for my business and that it’s now starting to take shape. That said….it took me a year!”

“Really nicely put, I gained a lot from your article and it just goes to show that Rome wasn’t built in a day.
Facebook ads are great of recently, I’ve been contemplating using them to boost my posts.

After reading this, I am going to try them out, also do you know what the ROI is per ad?”

In both cases, the comments are related to some aspect of the article. Nothing about the use of images or website layout, etc. was included in these comments. In other words, there was no feedback.

It helps to read the article before you make that comment on someone else’s website. It also helps if you put yourself in the position of being a consumer who was looking for said information.

So, that's it from me. I hope this little blurb was helpful and of course feel free to comment. Pun intended. :-)

Write something…
Recent messages
spurway Premium
I am sorry to say, I am surprised that this is still an issue. It is so clear what is a comment and site feedback. I guess people get lost in writing and thinking.

Reply Like Like You like this
MKearns Premium
People here have wrestled with this over and over Vanessa. Here is the best "flat fixer by Loes an expert here! The Difference Between Site Feedback and Site Comment With Examples

Reply Like Like You like this
VanessaN Premium
@MKearns
Hey, thanks for the feedback Mike. Just doing my part to help out within the WA community.

Reply Like Like You like this
AlexEvans Premium
Really informative post, Vanessa, it can be the source of angst for many. My rule of thumb.......... comments we are helping out friends with a little bit of article love, just to maybe give their post a little bit of momentum, on the flip side of the coin feedback is helping out a friend by critiquing their website or article offering ways that they could improve or get better definition. thanks for sharing those examples they do make it clear.