What Is Wealthy Affiliate?

Last Update: October 31, 2012
Wealthy Affiliate is a lot of things to a lot of people. To me it represents honesty and places people before profits. Not that Wealthy Affiliate doesn't make a ton of revenue but that is precisely my point.

Let me explain what I mean. OK, over the years we have all seen many companies start out with a great product at a fair price and we have watched as these companies build their reputations and wow their customers.

Then what happens the bean counters show up and ruin everything by forgetting that it's their customers who make that company who they are. All of a sudden they start to give you less and charge you more, kinda like a McDonald's Big Mac. 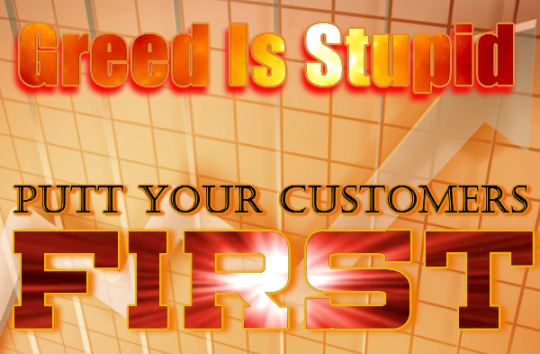 Over the years I have watched so many companies do this to their customers and tho we have all grown accustom to it frankly I am just dead tired of it! I mean look I understand that operating cost go up and sometimes prices must be raised but must I also get less for that larger amount of money?

This is what has really impressed me about Wealthy Affiliate over the past year. When I joined here WA had two membership types, I think they called it Gold and Platinum or something like that. The point is one was $47 and the other was $97.

For $47 you got 3 websites hosted, I think it was about 100 monthly searches on the keyword tool and of course full access to the training and the live chat feature.

Shortly after I joined they made it 10 free websites hosted.

Then not long after that maybe about the time the new WA Open Education Project was launched they did away with the $97 dollar accounts and just gave everyone everything for the $47 per month.

I could not hardly believe what I was seeing! Where most companies start taking things away and jacking up the price at the same time WA was actually giving me more and lowering the price!

They have made more and more improvements since then as well like they went with a free 10 day trial for a few months but after awhile they removed the time restraint from the started accounts so now you can be a free member for as long as you like. They also started giving free members 2 free websites on their siterubix sub-domain for free with free hosting for life!

So when you ask me what wealthy Affiliate is to me, The answer is WA is the role model for how all businesses should be run. It's the one place where the people come before the profit.

The funny thing about this concept that most people don't seem to understand because they are so blinded by greed they forget the customer is that by doing this WA has grown and expanded and is making more money than ever before!

Greed is just stupid and when people or companies get greedy no one wins not even the company. Something to keep in mind as you grow your business online and start to make money or if you ever decided to start a brick and mortar business because this same principle applies in all businesses.

Thanks for reading. let me know below what Wealthy Affiliate is to you!

Write something…
Recent messages
Shawn Martin Premium
You said it quit well! This place is full of successful people who follow the white hat rules and if you do put people first you can not loose.

Reply Like Like You like this
Ty Johnson Premium
If long term success is what you're after I think putting people first is the only way you can really win.

Reply Like Like You like this
tommo1968 Premium Plus
Wholeheartedly agree Ty, I signed up when the price was a $1 and didn't really get involved for about 2 months. I decided to upgrade to the $47 as I could see the benefits of being here although I wasn't making the most out of it. When I got a few spare moments I would go and read another tutorial or watch a webinar but I must admit I was confused.

Then one day I decided to shout out for help and WOW I was getting responses from all over the place. Before long I had a niche, a site built and posts getting traffic.

I still have loads to learn but I enjoy the community spirit here and now feel I have enough of an idea to help other newbies get started.

In my opinion there is no other place where you can learn about IM like WA, :-)

Reply Like Like You like this
Ty Johnson Premium
You can be a huge help to the newbies signing up, you know more than you think you do. I have seen that sight of yours grow and I know you have been doing better and better with your sales and I figure in time you will be making a very nice living with nothing more than your online income.

WA really is the only place to learn how to build your own online business, and the price is very low. Gotta love that!

Reply Like Like You like this
Neil Little Premium
Wealthy Affiliate to me is where I met my business partners, one in 2009 and the three in 2010.
At times my own personal life has had it's up's and down's but many people who I can honestly call my Friends on Wealthy Affiliate have been my rock through all of it.
Without them I would be dead by now!

I have left a couple of times and returned because I genuinely do miss Wealthy Affiliate when I am not a member.
In my Business Life not everything has been smooth but we have all evolved to be better at what we do and become more successful.

It's that incredible bond I have with so many members on Wealthy Affiliate that is so very humbling.

Reply Like Like You like this
Ty Johnson Premium
Earlier this year when I was sick I stopped my membership for a couple of months and I missed it like crazy when I was gone. I miss the people here and i really miss the opportunity to help people.

I too have had ups and downs in my business but I learn from every hard time and it makes me a better business man in the end. I have learned not to let it get to me to much but it's been hard to get to that point.

I too am humbled by the community here which some people would say is impossible but it really does do that to a person.

Reply Like Like You like this
myzone2012 Premium
Hello Ty. Again this is very well said. Many companies I think believe that the only way they can communicate value is by hicking their price, what Kyle and Carson relised and put to good use is that money do not communicate value, people do. By putting in so much value and making the service easy for all to access, people finds it difficult to stop talking about and promoting WA, that way more people find their way here and get hooked. A good case of little drop of constant water making a mighty ocean. For me WA, represents a tool that helped me realized one of my dreams and i will always be grateful to be part of the awesome community.

Reply Like Like You like this
Ty Johnson Premium
a company raising their prices does not really bother me unless they give me less for that higher price. That's what really get's me.

Reply Like Like You like this
Hudson Premium
WA is all of this and more for me. It is also a place where I continue to get the emotional support I need to persevere even when I haven't made any progress either in addressing issues or making a dime here and there. I absolutely agree that it is a model but unfortunately the commercial world is driven by increasing profits no matter what. The irony is that those corporations which adopt the same approach as WA not only make more in the long run but I believe are around a lot longer, so that with increasing wealth in intellectual property, they are actually worth more in the longer term, something which shareholders are not really keen on as predominantly they look for short term gains.
Regards
Hudson

Reply Like Like You like this
Ty Johnson Premium
The whole idea of public companies seems bent to me. You're right it's the short term profit seekers that screw things up because they drive the value up then cut cost and reduce the value of what they give people just before they sell out because they know it's coming to an end.

I think if businesses were privately held and owned there would a lot more value to customers even if the prices were a little higher. 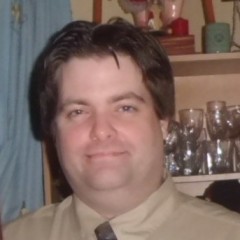 9Years
View Ty Johnson's Profile
Unfollow ty-johnson
Ty Johnson's Posts
29 posts
View all
We're All Just Farmers
12 comments 8 likes
The Importance Of Staying Focuse...
12 comments 8 likes
Some Advice For New Members Of W...
5 comments 9 likes
Google Wants Engagement
31 comments 15 likes
How To Get The Most From Social ...
42 comments 14 likes
Get Your Site Reviewed
27 comments 12 likes
Do You Trust Google With Your In...
4 comments 4 likes
What Is Wealthy Affiliate?
24 comments 23 likes
My Wealthy Affiliate Story
44 comments 15 likes
Money For Nothing And My Traffic...
66 comments 22 likes
Hold Tight!