That All Important Funnel

We Internet Marketers feeding vendor sites as affiliates often speak about the funnel. You know what a funnel is. You use it when you change the oil in your car or when you are trying to fill that little bottle with perfume so that you can carry it in your purse. Well, maybe women don’t do that anymore. I’m not sure.

Above the funnel is what goes into it. Below the funnel is where it ends up. If we are going to feed a funnel we had darn better know where the stuff we put into it is going. I have worked in service stations a lot, back when they had attendants. We changed oil and fixed breaks and such. I have seen an attendant put a funnel into what he though was the oil inlet and pour five quarts of oil on the floor.

You also know what happens when you have a funnel that is too large for the container opening you want to pour something into. You lose some of the liquid or particles you are pouring. If the bucket you are pouring into leaks, you will lose more material.

A friend of mine who owned a service station where I worked before being sent off to the Korean War, forgot to screw the plug back into the oil pan of a car. He put the oil on the ground under the rack. The car took off west to toward the Salt Flats and my friend raced after him in his car. When he got back very upset that he could not catch the guy, I had already put the plug into the oil pan and replaced the oil. The driver was smart enough to check the oil pressure as he drove out of the station.

What is under the funnel is just as important as that going into it.

1. The oil is the good stuff that we put into our marketing funnel.

2. The funnel gives direction to the oil.

3. The container under the funnel is the vendor site or our own site where we provide a product or service.

Nest: What is Our Objective?
Like This 28
Previous Page Next Page 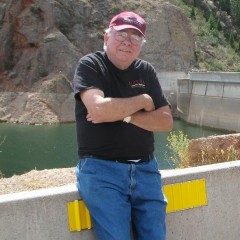