Afraid You're Going to Fail?

A thought that's run through my mind a couple of times as I go through the training is .."I wonder if I can really do this?"

Sometimes there's just so much new information that you're brain seems like it's going to burst. It can be overwhelming and at least with me it has led to an occasional doubt and fear of failure.

So I've had to remind myself of a quote I ran across a while back that I've put on a sticky note and posted to my computer. It simply says:

"IF YOU'RE AFRAID TO FAIL, YOU'LL FAIL FOREVER"

The truth is - "Failure" is about learning. We can't learn until we learn by our mistakes!

Edison experienced a thousand "failures" in order to discover the light bulb. Babe Ruth had thousands of strike-outs on the road to becoming one of the greatest hitters baseball has ever known.

I guess the lesson to be learned here is --- Be excited to Fail!! It means you are closer to Success!

Reply Like Like You like this
AndyUno1 Premium
Failure can be a difficult thing to overcome. I think that is why so many people do not pursue their dreams. The fear of failure paralyzes so many people and keeps them from the life they want.

Reply Like Like You like this
floridajf Premium
So true, it's so funny though, because when I fail at something, I get completely beat up about and it and even consider quitting. Even if I get stuck on something that is so easy to fix, I find myself getting frustrated simply because I sometimes let my mind get the best of me. I feel like a lot of people have the same issue as well when it comes to failure. People know it's there and want to never see ever in their lives, but chances are that they will. Everyone has experienced some sort of failure in their lives. Really liked this post :D

Reply Like Like You like this
margothall Premium
@floridajf
I sort of feel the same but I know I just have to give it more time!! 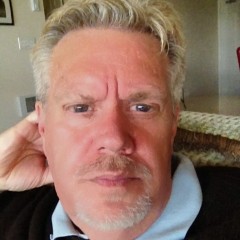