Last Update: April 17, 2013
I own guns, don't have a problem with background checks, but don't think it was good legislation. Wouldn't address the issue, but it would let everybody breathe a sigh of relief and say with self-satisfaction, "Yep, we fixed that" Then nothing REAL would get done.

Guns aren't the problem, violence is the problem. Criminals aren't concerned about obtaining guns legally. Trying to solve gun violence with background checks is like fighting drunk driving by making it harder for sober people to buy a car.

Newtown was a tragedy. So was Aurora. But these mass shootings, and others like them, represent less than 1/10 of 1% of firearm homicides in the last 30 years.

We need to deal with violence, violent crime, and the root causes - not pat ourselves on the back for more bureaucracy that doesn't address the source of the problem.

Sometime back, our friend Kyle created a firestorm on Facebook with the simple proposition:
More guns = more gun violence.
I didn't argue then and won't argue now. A simple truism that doesn't solve anything

It's estimated (no one knows for sure) that there are between 200 and 300 million guns in private hands in the US. Background checks won't make those guns go away. Bad people will always be able to access guns.

I agree that something needs to be done. Not because of the 27 that died in Newtown - because of the 5000 others - nameless, faceless (to the news media) that were killed with guns last year.
Legislating background checks and clip size, banning sales of "assault weapons" will make everybody feel like the problem was dealt with. Meanwhile, children will continue to die, and a real solution will be pushed down the road 10 or 20 years, just like fiscal responsibility.
Join the Discussion

Write something…
Recent messages
bothewebguy Premium
Did you see the guy in California that was asking people to sign a petition to do away with the 2nd Amendment? People were doing it. He of course was doing it as a joke. Actually told people Our goal is to get the registered guns out of law abiding citizen's hands and leaving only the illegal guns on the street in the hands of criminals. I can't believe people were signing this petition.

Reply Like Like You like this
Scott W Premium
I missed that. Doesn't surprise me. A slick talker with a stupid idea can find disciples anytime.

Reply Like Like You like this
kaliinozarks Premium
I don't own a gun (ok, my son's BB gun), but I live in the country. Everyone hunts here and everyone is armed for safety and security. It takes an average of 30-40 minutes for law enforcement to get here. Its not that they're lazy, its just a big county and there are only so many officers available.

I did not read the legislation, but I suspect if that many people in the Senate didn't like it - then you are probably right, it didn't address the problem.

Our problem is, in my opinion, a mental health issue. These mass shooting people are almost always disturbed in some fashion. We should be looking at that issue.

So, now the anti-gun people are putting on their dog and pony show and blaming the Senate for inaction and how they've let the U.S. citizens down. Congress probably had a good reason for saying no. We'll have to wait and see.

I agree, gun violence is a bad thing, but the numbers are actually quite low as a percentage of the population, violence is actually decreasing. When children are involved, it becomes a very emotional issue, as it should be.

So do we also outlaw cookware in the aftermath of the Boston explosions.

It's a delicate issue all the way around.

Reply Like Like You like this
Scott W Premium
The "mass shootings" like Newtown, Aurora and Tuscon are major media events mainly because they are so rare. Such occurrences grab the collective attention as much as a terrorist bomb detonated at a major sports event, or a massive explosion in a small Texas town. hey grab our attention because they are so rare. They make us want to so SOMETHING. As a nation we generally agree that the violence needs to stop.

I agree that mental health is a major. part of the issue. But, that is a very difficult solution. Expanding background checks is so much easier and a more visible way to deal with the problem. I just don't think that it is an effective way. Any more effective than dealing with terrorism by regulating cookware.

The real danger of gun control legislation is that it substitutes for actual, substantive achievement in dealing with violence. Allows us as a nation to feel that we have done that all important "something" and now we can relax instead of doing something effective.

The truth is that in every instance violence has decreased.

If guns were the problem then Chicago with its strict gun control should be a paradise. Actually it is a battle ground. See http://freepatriot.org/2013/04/17/the-mass-murder-that-the-media-is-choosing-to-ignore/

We have gun laws. The government does not enforce the ones we have against criminals while attempting to pass measures that will only ham string the honest citizen from having the means to protect himself.

I was fortunate to grow up and still live in a rural environment where almost every family possessed some form of firearm(s). Nobody waves them around and acts like the idiots I see on TV and in the movies.

The problem are the criminals and mentally ill. These are the issues that must be focused on. Badly thought out, hasty legislation, designed to push a political agenda is not the answer. 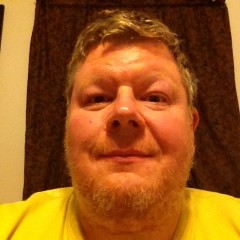