When the Going Gets Tough, Stop Going

Yes, that's right. It's not about the bravado that we are conditioned which is stated as "When the going gets tough, the tough gets going." I'd say, not every time. You should know when continuing is futile.

History is replete with examples when intrepidity does not work. Hitler lost an entire army in Stalingrad because he refused, against all logic, to order a breakout from encirclement and stage a retreat. Kodak lost ground it had never recovered in the camera business when it insisted on clinging to its chemical based film business against digital cameras.

In our search for possible lucrative buisnesses here in the internet, we can find ourselves in the same situation. We think of an idea and decide to work on it. We are so confident that the idea is good and by our calculations, should produce positive results. But day in and day out we are not generating any result.

So, shall we go on? If you cling the traditional positive thnkers' battlecry that the tough ought to be going and that a sense of stubborness is the best element of success, you just might sink deeper into the quagmire. Just like someone who is trapped in a quicksand, the more he struggles, the morre he sinks. The best way for him to survive is to relax and pray that help will find him.

I'm not necessarily saying, we should forego all sense of toughness and stubborness to succeed. What I am saying is we should not close all possible options --- inlcuding quitting if that seems to be the order of the day.

Sometimes we need to know when to stop in view of the odds seemingly arrayed against us. Perhaps there are some metaphysical reasons for that. When things are against you, it could be that you are in fact being redirected elsewhere. You are being told to reconsider.

Do not be afraid to quit if you really need to. The mark of a good military commander is not only someone who knows how to achieve victory but also someone who can sense defeat if it is coming. Then he can order a retreat so that he can fight again another day!

Write something…
Recent messages
AlanJE Premium
Hi Jimmy, I think those are wise words. You can try something, but if it doesn´t work out you can move on without any shame or embarassment. Learn from your mistakes and try to find something better. Best Alan

Reply Like Like You like this
HeidiY Premium
I m already thinking this with a little Amazon Affiliate site I am playing with and it's only been a few weeks. I think I may have chosen the wrong niche even though everything was point to it being a good one lol.

Now the decision to quit or plug on just in case I am wrong! 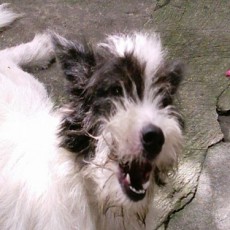