I started with Wealthy Affiliate several years ago. I see now that it was 2008 when I initially joined.

Wealthy affiliate helped me get some of my earlier websites started. For a while, I was making commissions off others who joined WA.

I used some Google Adwords with success. Then they told me I was promoting a website that wasn't appropriate. I knew that couldn't be right because many others were promoting WA.

Later I found it was because the page I was referring people to for info about Wealthy Affiliate had a popup that would appear not long after you had been on the page. I did not know what was causing the problems, but soon after that, WA recommended that we link to an alternate page that did not contain popups.

I also had several sales for an affiliate in one of my niches.

Then I got busy with my "day job" again.

Swinging Back - Past Progress

So, I backed off of the affiliate marketing for a while. I kept my Wealthy Affiliate membership mainly for the website hosting. You could use WA hosting for Site Rubix, which was a little different platform then, but you could also use it for your other websites that were built in Wordpress.

I am glad to see how things have evolved as the main website emphasis is on Wordpress now, and the the Site Rubix is closely tied to that.

I spent seven years helping a new faith-based college get off the ground close to my home. It was an exciting time, and as it grew, it helped our income increase too.

I moved through the ranks to a fairly high level of administration.

During that time, I also wrote three books.

Two years ago, I retired from the college, and with more free time, I got back into affiliate marketing.

I am going through the training again. I always thought WA was good, but I am very pleased to see how the whole program has grown.

As I said, I am going through the program again.

My niche might be a little unusual in some ways. However, I have come to the point to where I want to incorporate my life experiences in a way that might benefit others.

At present, I would describe my business as a writing, speaking, and coaching business.

So, my affiliate products relate to writing, and also to the books I have written. That includes products on marriage.

I read recently of a man who wrote an ebook. Then he turned it into a print book. After that, he made it into an audio book. Following that he developed speeches related to the book. That would be another possible stream of income. Finally, he developed an online course for people to download, and then he developed a live coaching program--all related to that original content.

That is sort of what I have done--just not as quickly as he did.

Online marketing is beneficial to all of these areas too, and, in addition to the content of the orginal book, a person can offer many related products, which is where the affiliate marketing plays a role.

Success Is Not Necessarily Just Financial

I was discouraged at one point, shortly after joining WA. Online marketing was interesting to me, and it gave me hope.

Then I attended a seminar put on by a well-known speaker. The best thing it did for me was also to instill a renewed sense of hope.

I didn't make millions online or by speaking, but what did happen was that my "day job" picked up. Along with that our income revived, and I felt fulfillment with helping college students and my fellow faculty and administration members.

Now, I see where I can help others with a similar background to mine (that of being a bivocational minister) to use the skills they already have. I can also encourage others, regardless of their backgrounds, who are interested in writing or speaking or coaching.

I am refreshing myself on the possibilities in the online world.

One thing I've learned. I can plan, but unexpected things will often present themselves--those can be opportunities, or they can be difficulties.

In the next three months, I plan to finish and publish my book, How to Write a Book in 28 Days or Less, Without Stressing Yourself to Death.

I also plan to start getting more paid speaking gigs.

In addition, I plan to add many affiliate products to my "Products and Services" page on one of my websites.

I plan to start the route mentioned above to where: I will have both an ebook and a print book for the 28 Days book. Then I will turn it into an audio book. I already have a course I can offer in that regard, and I also have the foundation of offering book-writing coaching. I plan to add more clients to that program.

Eventually, I hope to take others down the same road.

Somewhere within the next three months, or next six months, I plan to write the third book in my series on marriage, and hope to get it on bestseller lists on Amazone, just as the first two have done at various times.

Thanks for listening. I sure have said, "I" a lot in this post, but that is what Kyle encouraged us to do in this level of training.

How are you doing? Where are you planning to go in the next few months?

Reply Like Like You like this
rcarney6 Premium
I am surprised that my H2 headings didn't show as big or as bold as they did in the preview. Oh well, live and learn. isn't that what we are all about? :) 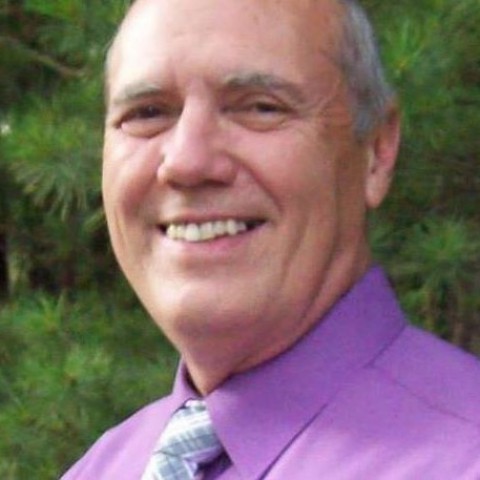