The Importance of Social Media Marketing

The introduction of the World Wide Web revolutionized how people connect to one another. But just when we thought that chatting and emailing were the epitome of online communication, the so-called ‘social media’ was introduced to humanity. And then, the rest was history.

Thanks to social media sites, staying updated with what is going on with the people we know became a lot easier. In the past, we would probably ask them by email and wait for a response. But with social media, a member can simply post the latest news about him/her and everyone on his/her friend list will be able to see the update when they login.

It is so much more convenient.

We also no longer have to send photos to each of our contacts just to tell them about our last trip to Hawaii or our last visit to Disney Land. Simply upload these photos on your social media profile and it will stay there for everyone to see. This includes current people on your friend list and people you will add in the future.

As a result, people congregated to social media sites. It became so popular that as of February 2012, Facebook already has around 845 million active users. And Twitter, another popular social media sites, was recorded to have around 140 million users as of the year 2012.

After seeing this growth, it was only a matter of time until businessmen took notice. After all, business goes where the people are.

You can make use of these social media sites as effective business tools. If used correctly, they have the potential of increasing your sales.

How to make your social media account popular to users (how to get more views, more likes, more subscribers, more viewers).

This is because a social media account will serve its purpose as a business tool only if it manages to get views, likes and subscribers.

Write something…
Recent messages
rasia1960 Premium
Thanks Dave,that was a good blog

Reply Like Like You like this
KeithM2576 Premium
More great stuff thank you! I have been avoiding it but I know I will have to embrace social media as a business tool sooner rather than later. I have dabbled in the past and have a FB page for my IT business but really haven't made use of it. 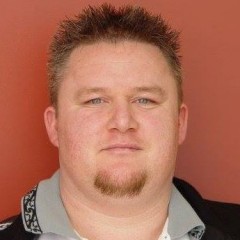