The biannual event of the solstice is upon us – summer – the longest day of the year or – winter – the shortest day. In the northern hemisphere it is summer, in the south it is winter. This is happening on Sunday June 21, 2015. During the following six months the cycle will be reversed until on December 22 and the winter solstice will take place in the north.

So, what are these events and why do they deserve at least a passing nod. They mark the changes of the four seasons which affect all of us. Sunday, in the northern hemisphere, is the longest day with the greatest amount of sunlight falling on the northern part of Earth. Warm / hot weather occurs shortly before and afterwards. The reason for the regular seasonal transitions are caused by the Earth’s tilt on its axis relative to its orbital plane. This allows progressive variations of the amount sunlight reaching the ever changing surfaces, from north to south and vice versa, of the Earth during its orbit of the sun.

Among the most obvious other events following solstices are that they approximately mark the halfway point between the changes of the clocks to summer time, and later in the year to winter time wherever day light saving is used.

In history different peoples have assigned various meanings such as the tradition of ancient Egyptians who believed that they regulated the volumes of water in the Nile which was of great importance to their agriculture. Thus, their annual calendar coincided with the solstices.

In England the Stonehenge historical site with its large stone tablets constructed about 5,000 years ago, form a circle aligned with midsummer sunrise and midwinter sunset. The exact purpose is unclear but may have been used for ancient astronomy and fixing the dates of annual rituals.

The fact of the existence of solstices have thus been known from antiquity. Modern technology enables us the fix the exact time to the minute when the Earth will be at the furthest position in its orbit relative to either the most northern or southerly point.

If you happen to have read this very abbreviated rationale noting why the solstice on Sunday is of some brief interest, have a good day and enjoy whatever the weather that follows may be.

Write something…
Recent messages
MLozanova Premium
Hi Rablo, thanks for the following! I find this post very interesting bc i do take into account the solstices in my planning. As many people know the Christianity took the traditional celebration in the Northern hemisphere of the winter solstice - the shortest day of the year after which the Sun starts to stay for longer again in the skies as an approximate date for the celebration of Christmass. There is no historical evidence Jesus was born on that day, but was a clever way to override the old pagan rituals and incorporate into the new religion. In Taoism that is the beginning of the new year or new cycle when is the auspicious time to sfart new ventures - the rising of Yang energy, also corresponding to midnight where yin is maximum afrer which yand starts to increase again. In the southern hemisphere that's is in june, as in now. So at this time of the year i make my new year resolutions because the cycle starts now, not in December as in the northern hemisphere. Joined WA lats month and consider ig auspisious. I enjoyed your post. Cheers!

Reply Like Like You like this
Rablo33 Premium
@MLozanova
Hi MLozanova, Thank you for your information some of which is new to me especially that about the yin and yang. You must be in the southern hemisphere and so am I - South Africa. I find natural phenomena such as these to be interesting and hence my post. I hope that your time of joining WA is good and I wish you all success. I have pleasure in following you.

Reply Like Like You like this
HelenpDoyle Premium
Sometimes, when sitting here debating on the pros and cons of turning the heater on and listening to the rain that could easily turn to hail or snow I think of moving to the equator. But then I think of how boring one season would be. We celebrated solstice here in a lovely stone house (no Stonehenge available) drinking wine and cider and listening to old folk songs from the 'isles'.

Reply Like Like You like this
Larry_T Premium
Been down in Havasu City and now in Las Vegas. It's been 118° F. Believe me, there is no doubt that it's not only the longest day in the year coming up, but it's also the hottest. Ha-ha. 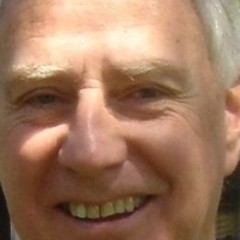