I was at a party yesterday. There was someone there I had been told about. He had been having a go at affiliate marketing and had failed. I sought him out and over the loud music quickly brought the conversation round to affiliate marketing. What had he tried, and had he really failed?

He was very negative and told me that I was welcome to try but that he had never had a cent from affiliate marketing. I was a bit shocked, but when I probed a little deeper I finally got to the reason. He got bored with writing content. He pretty much put a couple of things out there on his site then left it at that.

Now from what I have found out here at WA, you need to provide quality content for your readers. It's really not enough to write a couple of things and then move on to eBay selling instead. If there's one thing that I've learned here it seems to be "Never give up". Many people say you need to give it a good year of total commitment.

The ex-affiliate marketer wished me good luck. I was glad I had spoken to him.

It had disturbed me to think that affiliate marketing had failed him, but in the end I discovered that the truth was that he had failed himself.

Reply Like Like You like this
Petitpas Premium
@bobpjabi
I'm pinning my hopes on WA. I also told the guy at the party that I was giving it a minimum of a year before I even consider doing anything else. Haven't made anything yet but I am researching my affiliate programmes at the moment.

Reply Like Like You like this
steveo5770 Premium
I failed to make any money as a Realtor but I knew people who were very successful at it. The fact is, I didn't do what it took to make it in that business.
People who are successful in affiliate marketing treat like a job. Many of them have hundreds of articles on their sites. That sounds
intimidating to some but people will work for thousands of 8 hours days for a company and have nothing to show for it. It's all perspective.

Reply Like Like You like this
Petitpas Premium
@steveo5770
Yes, and this was obviously this guy's problem - he didn't treat it like a job and give it a fair go. It does sound intimidating to create hundreds of articles, but I suppose slow and steady and I will get there eventually. 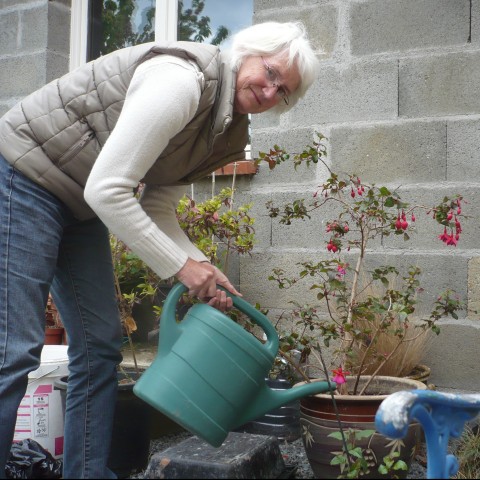 6Years
View Petitpas Profile
Follow petitpas
Petitpas's Posts
8 posts
View all
End Of A Chapter
2 comments 1 like
Tasting Success But Busting The ...
10 comments 8 likes
Wednesday is "P" day.
8 comments 6 likes
This Week I May, In Fact, Be Sup...
14 comments 9 likes
Wealthy Affiliate is driving me ...
3 comments 4 likes
Something else that a newbie sho...
24 comments 9 likes
Meeting an affiliate failure.
4 comments 5 likes
My drunken journey this month.
8 comments 3 likes
Hold Tight!