So when I'm on Google to sign in to WA, about a third of the way down there are three videos. One of which is a gentleman who holds up a website apparently made here at WA.

The website relates to Bobby's Fitness. Now I am terribly sorry especially if Bobby is still here but this Is the type of website I would most probably have come up with HAD I NOT BEEN HERE.

During the Video the narrator references WA being a scam about 3 or 4 times. He also has critic of Kyle s teaching.

Now I'm The 1st to admit that I don't get everything Kyle teaches but isn't that the same with everything? To have to learn from scratch when starting something new.

The best analogy I can come up with is a personal one.

When I started in Martial Arts I learned beautiful patterns/ forms when I went into the ring to compete I got my ribs and my nose bust in my first bout. You see not everything you are taught works first time.

It wasn't until I found an association where I finally got taught what I was doing wrong before I started getting it right.

This affiliate marketing Game is a bit like that. For a while I was in the ring being knocked about until I found WA.

Now as for Kyle's teaching, Maybe some of the training videos are a little out-of-date. But the fact of the matter is Kyle & Carson started WA They're allowed some down time. Again a teacher can only take you so far then you have to go out into the world by yourself GRASSHOPPER.

Back to the martial arts analogies. My instructor taught me a sidekick, it looked fantastic but it wasn't until I practiced and threw that sidekick more than a 1,000 times that it started to look anything like my instructors. ( by the way after 20 years its still not as good as his) And I am sure if I am at WA for 20 years my website still won't be as nice looking as many of yours1

Being here at WA is like my MA association when I complete the training I have to put it out there to see if it works for me. Some things will and some things won't but the beauty of belonging is that you can bring the bad back with you and rely on people in the association to help you turn it to good.

As for Bobby's fitness well, I hope he learned and trained some more and I sincerely hope that in the end he got it right: but for sure unless he has back up to say where he is going wrong he will not get it right. And the narrator of the video well, although he mentioned WA as a scam he didn't really produce any hard facts to prove his point. In fact, he started talking about low hanging fruit at one point " Where have I heard that before"

At the end of the day everybody needs to sell something to survive. And at the end of the day this gentleman is no different. I wish though that as he had no proof that WA was a scam he had re-phrased his video to say You know, Kyle s training at WA is good but here are a couple of tweaks you can do to make your sites better. I feel that would have been a far more watchable video.

By the way, for such a professional, his video was SH....T.

So I think I'll stay where I am for now, thanks.

Write something…
Recent messages
Mark1957 Premium
Forgive me for saying so Paul but those review headlines are a little like your's here....clickbait...and I mean that most sincerely folks (UK tv viewers of a certain vintage will know that catchphrase!)

Using the word scam in a review is an age old tactic to get the reader's attention, usually to trash whatever they're reviewing and then offering their own product as the best alternative.

We all know that WA is not a scam, it's a monthly fee for a worthwhile service, you stay for as long as you like and because there's no contract you can leave whenever you like as well....simple!

Reply Like Like You like this
PCohen1 Premium
@Mark1957
Well said Mark.
Yes. Of course I used the headline as clickbait.
And there is far too much of that online.
And also I did it to put a firework up some peoples backsides to remind them how important and how much can actually be accomplished with words!
Regards
Paul

Reply Like Like You like this
CordeliaN Premium
That was a good read, I enjoyed it. I find the naysayers a real negative drain and am happy they are not in my life because without any shadow of a doubt they are a glass half full and will always be the pesky wasps rather than the hard working bee.

In my job I deal with substance misuse prisoners, one of the recovery tools we work with is the 12 step programme of Alcoholics Anonymous, even have meetings in the Prison (although sadly not at the moment )it is probably the only guaranteed success to continued sobriety.....(if you work the programme on a daily basis,) millions and millions of people world wide work the programme with years of success behind them. But I guarantee if you did a google search for reviews and discussions, it would tell you it’s a scam, it’s a cult, it’s a “God Bothering” intervention. None of which is true but even in the face of undeniable proof there will be the people who failed,.....due to their own inadequacies or lack of staying power..... by not taking responsibility for ones own actions it’s easy to blame others and carry a burning resentment ..... (Oops I’m on a rant now... sorry)

Good post, says more about them than they perhaps realise. 👀

Reply Like Like You like this
GazBower Premium
There will always be naysayers...but we know the truth.
I have never found anything like WA.
You can try it out completely for free, what's not to like?
Then if you do decide to pay, the training alone is worth more than the fee. Then add to that the wealth of knowledge in this community and to me it now becomes a bargain.

In my opinion it is the naysayers that are losing out.

Reply Like Like You like this
chrisvs Premium
I read one where the fellow seems to have a vendetta. By his content, it is evident that he never did the training at WA properly; A case of sour grapes I think.

I saw a couple of reviews with high ranking in Google, where their authors had negative claims about WA and ending up promoting high tickets AM trainings. Nice tactic!) 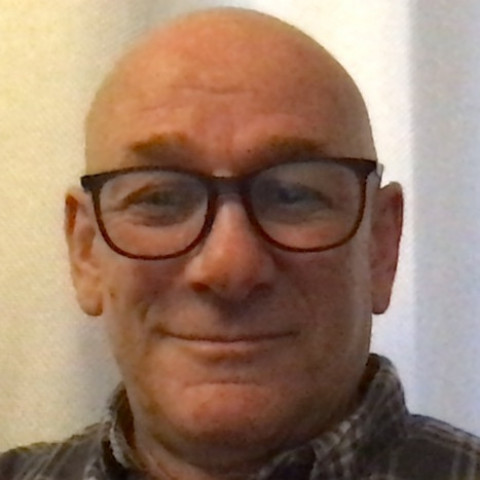