Keeping Your Inspiration for the New Year

The New Year is almost two weeks old now, and we're entering a "danger zone" for many people. New Years resolutions are always made with the best of intentions, yet it's so easy to let them fall by the wayside. By the time February rolls around, too many of us have fallen back into old habits and abandoned all our good intentions.

Keep your inspiration for the new year by willfully holding on to it. Remind yourself that January is just one small part of 2014 and that you have to keep working toward your goals to reap the rewards by the time 2015 rolls around. If you've already started to slip, don't use that as an excuse to give up. Instead, take it as a temporary bump in the road. Regroup and plow full steam ahead.

Write something…
Recent messages
Karyskis Premium
So true, the crowd at the gym is already starting to thin out again. Let's keep up our momentum the full twelve months. Happy New Year!

Reply Like Like You like this
Inspiration1 Premium
Keep it up. validate the resolutions through persistent hard work. Best wishes to all my friends to implement their resolutions.

Reply Like Like You like this
KrisM Premium
Very true. We have to give ourselves permission to slip up once in a blue moon but stay determined to get back on track and push toward our goals. Thanks for the reminder! ~Kris 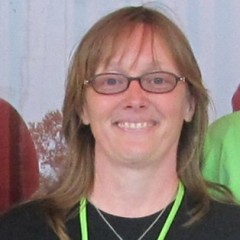