I have given comments to probably over twelve blogs or thereabout within the past two weeks to members in the Affiliate Boot camp section of the community without any comments back on my blog.

This kept me wondering till I was informed of inability of visitors to give comments on my blog.

Actually I had been warned by another member a few weeks ago about the same problem in another section of WA COMMUNITY. But then, I thought the problem has been solved.

The problem was caused by one of the security plugins on my site.

This site was terribly hacked in 2010 before it was taken offline for over 5 years when the staff attached to me by Hostgator to solve the problem refused to cooperate with me.
He gave me conditions that were impossible to meet. He refused to do what he ordinarily should have done and was not ready to solve the problem unless that condition was met.

The reason I changed to Arvixe when I brought the site back online in August 2015 because of this arrogant experience from the Hostgator staff who could not even provide me with any alternative solution.

Once beaten by a vicious hacker, ten times careful this time around against future occurrence.

But then another problem has inadvertently been created this time around by one of the security plugins installed, which was preventing me from receiving feedback and comments from my visitors.

Good as many of these plugins are to enhance our websites, they may create some other unanticipated problems at times which may cause us to loose visitors and money.

Write something…
Recent messages
netgold Premium
Hello MarionBlack,
I have five antispam/security plugins on the site agaist spammers and hackers, from Akismet, to Login LockDown, Acunetix Secure WordPress, to SI CAPTCHA Anti-Spam, to WP-SpamShield.
I'm still removing them one by one and checking for results to identify the exact plugin that is causing the problem.

I'll keep you posted as soon as I pinpoint the one and removed it.

It's becoming a pain in the neck.
Samuel

Reply Like Like You like this
Shawn Martin Premium
Great points to share, thanks!
I have seen this happen and it can be really detrimental to traffic for sure, glad you figured it out and shared it with us! 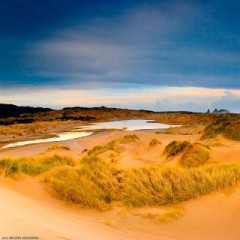