Coming from a South Asian Country, we grow up using Turmeric in our daily lives. We use it for cooking and for it's medicinal properties, for dyeing clothes and using it on the skin. But, not surprisingly, it is also used worldwide.

The question is: What Is Turmeric ? It is a plant that is part of the Ginger and lives for over two years. The Turmeric plants are gathered every year for their rots ( just like Ginger ). These roots are boiled for a few hours and, then, dried in ovens. After they are dried, these roots are ground into a yellow / dark yellow powder.

Turmeric is a plant which is native to Southern Asia. South Asia ( or Southern Asia )is one of the world's most populated areas. It comprises of the following countries: Bangladesh, Bhutan, India, Nepal, Pakistan, Malaysia, Sri Lanka, among others.

Turmeric is extensively used as a spice in South Asian and Middle Eastern countries.

Some of the uses of Turmeric:

Wow ! Even I didn't know that Turmeric was so widely used and in so many different ways.

Hope this was informative.

Write something…
Recent messages
Rankine Premium
I have used it for cooking but I did not know that it can be used in so many different areas.

Reply Like Like You like this
Nadeem2014 Premium
It is one of the spices that my wife uses to prepare every meal. Two days ago, she had stomach ache. She took half a glass of milk, stirred a little turmeric powder into, and, drank it. Guess what ? It did help her !

Reply Like Like You like this
Kav Premium
Very informative indeed. Didn't know such article could be found here. I've even heard of it being made into capsules.

Reply Like Like You like this
syl02 Premium
thanks for the info. I have learned about Turmeric and its healing properties not too long ago. Awesome stuff. 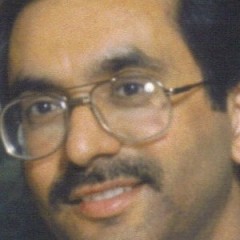