OK, here's what happened. For a while I was participating in conversations with some of you. I did a little business with a few of you. Not everything went smoothly. I was able to answer some questions and give some feedback and I noticed what 'my rank' was like.

Then my website started getting enough traffic that responding to the comments became relevant. I also did another stint of having a day job type of arrangement. That did not work so well that it is still going on as hoped but it did go on for a while.

I definitely noticed that while I paid more attention to that, my rank dropped. Earlier I had noticed that some other people's ranks and how some were up and down and what it all meant.

I am still working on improving the implementation of some of the training and so on. This is months into it and I still have not earned any money with it which is upsetting and scary as I tried this to generate a real income stream for myself in a way that works for both me and the customers.

I do not feel like ignoring and neglecting everyone else in the WA community all the time is ok either. Because of that, I decided to share with you all - whoever is interested, what has actually happened so far.

Write something…
Recent messages
MiriamPia Premium
Thanks to those of you have answered. I could use more breakthrough stories about how people started actually earning money doing this instead of spending because they were told they will but then not.

Reply Like Like You like this
kirkW Premium
I don't care how low my rank goes. I've been on vacation for a while and will start work again tomorrow. It will come back as I get back involved with the community. Lessons and website first. Tonight I get a chance to catch up on emails.

Reply Like Like You like this
DLansing Premium
Hi Miriam, like EKautz said, just don't mind about the ranking, it doesn't bring you money or whatsoever. Keep doing what matters, which is your website, and other ventures that helps to make some dough. All the best!

Don't worry so much about rank, it's going to fluctuate as you are more or less active in the community.

Your online income will take time and it is different for everyone as there are so many variables. The income will come as long as you continue to provide quality engaging content on good keywords. 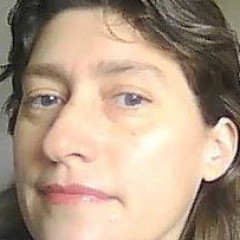