A True Story: From "Endless" Failures to Mega-Success

From "Endless" Failures to Mega-Success

Sometimes people you know well are the ones who would make you down. They would advise you to forget all about your dream and say it in the most painful way. Worse, some would even think of you having a crack on your head.

This is a true story of endless failures to mega-success. What we dream for is sometimes not something many people can appreciate.

While people you don’t really know are the ones you might find encouraging you to keep going. No offense intended, we in this WA community are like this, we are of the same mind-set that we find ourselves supporting, helping one another.

This is a true story of endless failures to mega-success. I believe, WA family will be able to relate with this story below, as we all have the same mindset. Well, almost all of us.

Our community become our source of our motivation and inspiration. That is why we call it a WAmily.

What is the difference? Challenges without failure is not challenges at all. In life Failure is a given. However, to those who pursue their dream and persist would almost always achieve success along the way no matter how impossible it might be.

This is the story of Stephen King. I do not know among my friends who do not know the name Stephen King, one of the great novelists, from his passion on writing he became a rich man indeed! But I am sure few or none know his true story.

But he was not rich at all for many years. He has been writing for ages without success of making it as a source of his bread and butter. He lived penniless, surviving daily, but his dream kept him writing. Even when he got married, he and his would-be wife, who was also a writer, had to borrow clothes for their wedding!

They had to find any jobs they could get into, to live and support their budding family. Along all these, he kept on writing, consuming more of his time on “useless endeavor”. His work didn’t go anywhere to feed his family and have a “decent life”. Because of his “impossible dream” Stephen King and his family became destitute, they had to rid a lot of the necessities including their telephone.

In spite of it all, he went on with his unbelievable guts and wits pursuing his writing career when it was apparent he might never get even a cent from writing as a source of livelihood.

Stephen King was a man of great determination and self-belief! Maybe he truly believed he could make it big time! His determination and passion in writing was solidly strong, inspiring many people like me and you.

And still he continued to receive nothing but rejections. Did it break his spirit and his will power to achieve his greatness in writing? Never! He didn’t receive any money from his writing but rejections. Rejection letters become overwhelming but his dream was indeed bigger than his doubt and the doubts of everyone around him. He started collecting his rejection letters, it became a hobby. He wrote in one of his work on writing, he said that the nail in his wall would no longer support the weight of rejection slips impaled upon it. He replaced the nail with a spike and kept on writing. This was how he expressed the weight and impact of rejections in his heart day after day.

Finally, Stephen King received $35 for his work entitled “The Glass Door”. Do you know his world-famous book “Carrie” was nothing but a novel among thousands of novels you might find in the book store? Double Day Publishing took “Carrie” for a small advance payment. He had only sold 13 thousands hardback copies! Not really great.

This was the big break! Success came soon after Double Day deal, when Signet Books paid him $200,000 dollars for paperback rights worth $400,00 and the rest is history.

We have the reason to keep going

Sometimes the only thing that keeps you alive is your vision and a relentless self-belief in the power and beauty of your dream. I do believe, the stronger your dream the more determined you strive for it. No matter how impossible it was from the outside world.

But in the invisible world inside you everything is possible. It all depends on how determined you are to make your dream come true.

I likened this determination to a man in love who would never stop pursuing the love of his life to no end until that end ends in a wedding.

The greater your effort the more possibilities of success. It is better to fail giving your best than to fail from not doing anything at all. There is dignity, a sense of satisfaction and self-respect that might be left behind after all, because you tried.

And the secret of success, as we read time and time again, is do not be disheartened and give up because of failures, just keep going, we only need one success to be successful and start getting used to creating more sucess.

We learned ordinary people can become great by the power of willpower and perseverance. With it is a story so inspiring we know we can emulate. Indeed, we should. If they can do it, so can we.

Write something…
Recent messages
Theresa229 Premium
Excellent post. Yes, it may seem that in the beginning success is unattainable. As a newbie to the WA, even though I am in beginning stages of progress, I know that joining the WA community was the best thing I could do for my blog. Each person's success happens in due time. I love reading the stories of those who worked hard, kept their goal, and attained success.

Reply Like Like You like this
JulianRicha1 Premium
Perception is reality. Think about that. If you truly believe you are good at something all that Is left to do is to convince other people of that fact. Once someone comes around to believing you, it can start to change other people’s perception of you also. That break that Stephen King got was from one editor who saw something in him that many in the past had not. I am certain that many of those previous editors began to question their own abilities to judge talent. Perception, good, or bad can really be contagious.

Work hard, be consistent, hone your craft, set small achievable goals, try first to convince one person, one sale, that very first sale could be life changing. You just never know until you try, but if you never try you truly will never know, and that is the greater shame of it all.

Reply Like Like You like this
Isaiah14 Premium
Excellent post on Stephen King, Florentino! That's not easy! To take all those rejection slips and keep them in front of you on a wall as motivation. But he used it to build stamina and perseverance to continue. 👍

Reply Like Like You like this
WealthsGate Premium
Yes! The never say die spirit. When it is tough then is the time to push harder. PUSH=Push(pray) Until Something Happens. The woman who is about to give birth, has to push even when the pain is so much, she must not give up, otherwise she may give up.. If you get what I mean. Then she births a baby, she suddenly forgets the pain, and smiles in joy. The push was worth while she thinks. At this point Megawinner why do I feel that there is a connection between this mega success story you just told and your choice of name; Megawinner
What a lively inspiration. :)

Reply Like Like You like this
megawinner Premium
@WealthsGate
Shadrach, I love this word of wisdom. I am delighted. Yes, exactly we all need to push (pray until something happens)! The analogy is perfect. Thanks. I'm keeping it for my future blog. I hope you don't mind.

Thank you for sharing this! 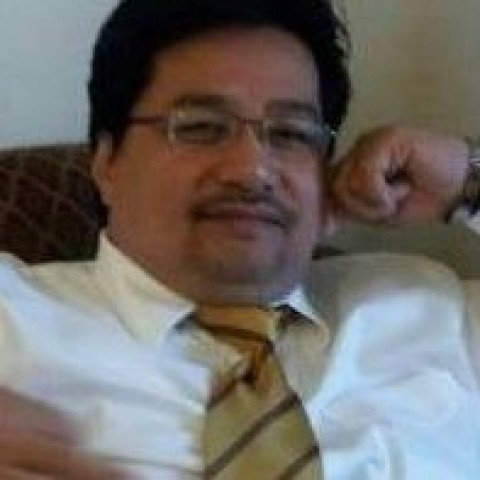