I am inspired today by a post that I read and shared on Linke In with reference to dancing and opportunity which reminds me of a hot summer after noon over 16 years ago. A treasured memory of a mid summer Florida rainstorm.

Opportunity Comes In Many Forms

Anyone who has Bore the long stretch of 90+° southern temps may understand the relief of dancing in the pouring rain. The power of just a few briefs minutes in time is something that holds more value than the many physical object in the present I can see, touch, or hold. Those who have lost a loved one far too soon shall relate to just how precious the simple moments in life are.

The Pleasures Of Dancing In The Rain

The echoing sounds of a child laughing and the sound of a father's a voice are as clear on my heart as the songs that play on the radio when I turn the ignition on in the car. To think, when he first proposed the notion of going outside with our daughter (who was just under the age of two at the time) to cool off in the sporadic thunder storm and downfall of rain, I said " That's just crazy. She has heart surgery in a few days. What if she gets sick? The doctor won't operate on a sick child..." His convincing response was "... Even more the reason to step outside for a little fun. There is no way to know how things will go for her in a few days... You may stay in the air conditioning if you want, but I am going outside with her to dance in the rain..." To this day I am so glad I was convinced by the underlying point of what we too often overlook just because we are alive today, time can not promise we will be here tomorrow.

Time Stands Still For No one

Although, as I have experienced many moments in life where a few briefs minutes appear to last an eternity. Do not allow your fears or anyone's criticisms convince you into missing out on the opportunities that present themselves today. Oftentimes the most valuable experiences that imprint a sincere purpose and greater appreciation for life are as simple as just dancing in the rain.

A few days after, we were pacing through the halls of a children's hospital for over 12 hours while our sunshine's life was in the hands of her heart surgeon. I remember requesting updates as we watched the clock pass ever so slowly. Her father was, in fact, my strength that day as the motherly fears once again flooded over me. As the surgeon approached a mixed simply of relief and concern for what he had to say was nearly enough to bring upon a heart attack. Any parent in a similar circumstance that has heard the words "there were some complications..." will empathize with the gut wrenching grief that strikes like a knife piercing the heart. It's in moments such as this where time appears to stand still.

What a relief it was to hear the word "but." She made it through the surgery. The surgeon than advised us to go someplace for the evening and get some rest due to the fact that she would be in the recovery room through the night so unfortunately you won't be able to see her until the morning. I hesitated of course, however her father convinced me to listen.

In the morning we returned and where the nurse directed us to the ICU only to discover a stripped bed. Time appeared to stop in that very moment as confusion ran over me like a Mack truck.

Just than the surgeon approached. There are no words to explain the streaming thoughts in such a brief incident. I didn't have to say one word, what was going through my mind was so clearly perceived to be written all over my face.

Then came the apology and that term "but" once again. What a relief to hear "Your daughter is fine she just for one reason or another isn't here in her bed..." We approached another nurse who explained that my daughter woke up and asked a nurse if she could go on rounds to go hand out milk and teddy bears to the children on another floor. So we went on a search. Another few minutes seemed like an entire eternity of living a nightmare.

Just as I was nearing the elevator down the hall, I still hear the sound of the opening bell as clearly in my mind, and the joyful relief of my daughter's voice brought upon a true reflection of my grandmother's lesson about " how time holds more value than money can buy " was irrefutably proven to be so true.

Within 24 hours of surgery, as we were preparing for our daughter's release, the infant in the bed next to us coded, and as I watched the staff all rush to save someone else's baby. Even though it was not my child my heart sunk as I realized how delicate life is. In that very moment as a nurse escorted the parents out my thoughts were so clearly written on my face. I didn't have to say one word of how much my heart was aching for the infant's parent's parents. It was simply automatic for my daughter's father to take one glimpse at me and feel the need to respectfully close the privacy curtain.

On October 25, 2001, nearly two years later, the tragedy of unexpected death struck. Perhaps the heaviest burden that I carry is the blessing and the curse that comes with realizing how short life can be. It is on this day that I held my very last conversation with my daughter's father. We had briefly talked over the weekend plans and he explained that he had to go meet up with his brother. This was one moment that I took time for granted.

That is a story to be continued another day. For now, I will share a poem I had written long before my high school sweet heart and the father of my firstborn child died suddenly in a motor vehicle accident.

Hallucinations of past sorrows

To grasp a fleeting memory

Do not take life or time for granted. LIVE LAUGH LOVE...and may you always dance with the simple opportunities offered to you in present times.

From the heart of MOCKINGBIRD TRIALS to yours, may we all be inspired to open our minds to learn from the pleasure of no regrets having danced in the rain. Perhaps you too may know that popular song "If I Could Turn Back Time..." and that may clue you into the simple regret Of not having said three meaningful words "I Love You" just before our time together expired.

How you spend your time remains a delicate opportunity.

Write something…
Recent messages
JillAlexaVA Premium
Hi Melissa, You are so right. Life as we know it can change in the blink of an eye. Am so sorry to hear of your sorrow and heartache. Mine also changed when we were told that my husband has a brain disease, Lewy Body Disease. He is no longer the man I married and loved for 53years.
I will keep you and your daughter in my thoughts and prayers.

Reply Like Like You like this
MBentz3 Premium
@JillAlexaVA
As an out of work CNA with over a decade of being a direct aide as well as being a parent advocate and mother a child with a rare genetic syndrome I empathize with your "changes"...remorse for a living loved one is a heavy weight to carry as the stages of deterioration unfold before you. My heart goes out to you and all your family. Feel free to reach out anytime. Xoxoxo and may your Easter be joyful

Reply Like Like You like this
MBentz3 Premium
Oh I forgot to say thank you for reaching out and commenting on my story. I very much apreciate yur kind words ; )

Reply Like Like You like this
Armlemt Premium
What beautiful storytelling, Melissa! I was right there with you in the rain and in that hospital. Time is indeed precious and life can change in one second. No one is promised the rest of today, much less tomorrow. How you spend your time and the words you say to those you love (or even a stranger) are important indeed!

Thank you for sharing your story!

Reply Like Like You like this
MBentz3 Premium
@Armlemt
And thank you Anita for sharing your appreciation by commenting to my story. There's more writing to come ; ) 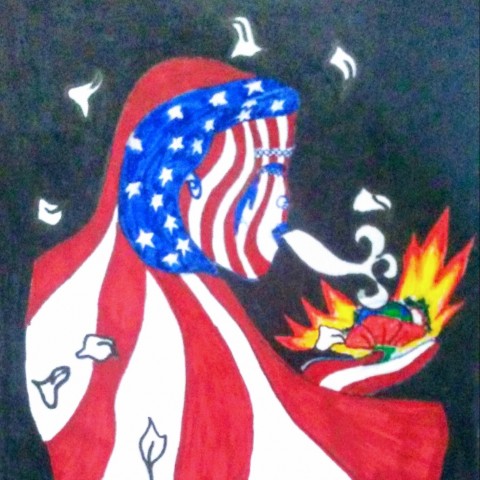