You know, I read a WA review the other day by a former member here and to be honest, it didn't read too well. Steve (not real name) wrote his review fairly recently and was pretty scathing about virtually everything relating to Wealthy Affiliate and stated that, in his opinion, it wasn't worth wasting money on!

I have to admit that a few of the points he raised did seem fair but, like most reviews, his main reasoning was centred around the idea of "this is no good so try this" and he offered his readers a list of alternative sites that he considered to be "better" than Wealthy Affiliate.

Apparently Steve started his online journey in 2010, not here, and came to WA last year ie 9 years into his online marketing journey and with 9 years previous experience. As I was reading the review I realised that he was coming at it from a totally disingenuous perspective, let me explain.....

Here was Steve, a veteran in online marketing terms, ripping WA apart, using stats and graphs that would have been beyond a beginner to put together to make his point about how useless WA is. That the training was too basic, too haphazard, too out of date, the community was more like a cult and of no use to man nor beast etc etc

The point being that, as far as I'm concerned WA, is not the place that a veteran marketer would come to because they are not commencing their online marketing career. For me, Wealthy Affiliate is generally the starting place for those people who have never been in the industry before or who had been but had had no previous success or who had been scammed elsewhere.

I had mulled over writing about this for a few days but was inspired to publish it finally after reading a couple of other blogs today. One is from Catherine who asks about whether or not some long standing training would be updated to which Kyle puts it all to bed and the other is from Nathaniell who gives us his thoughts about being a member here for 10 years. That's not he joined as a 10 year internet veteran, he joined as a newbie like hundreds of thousands of others and is STILL here 10 years later!

To my mind Steve was completely missing the point, but what was his point I wonder?

Could it be that all of the alternatives he offered were priced in the $500-$1,000 bracket, paid up front of course!

Is Wealthy Affiliate perfect? Well, no, we know it isn't perfect but is it a brilliant training, learning and supportive resource for newcomers and fantastic value to boot? Absolutely!

So, never worry about any negative reviews you might come across when thinking about recommending Wealthy Affiliate. Tell the truth in your own reviews, warts and all, good and bad, and your viewers will respect you for it. You never know, some of them might even join you in spite of Steve's review!

Write something…
Recent messages
MsJeanK Premium
I have noticed that any negative reviews I have seen are from people selling their own programmes. I have just put my own review on YouTube (it is awful - I honestly don't look or sound like that but I coulnd't wait to get it perfect, just had to get it on there), but my main point is that there is no point is scrutisinzing review after review when it is free to join - you can get your own free website up and running in the time that you could have been wasting reading reviews!

We have so many mega-successful members on here that it speaks for itself.Do not be distracted by negative reviews. Keep your eyes on your goal and what you need to do to make it happen. End of.

Thanks for this post, Mark, as some people will not appreciate the agendas behind the reviews.

Reply Like Like You like this
Mark1957 Premium
@MsJeanK
All points very well made Jean and I agree with you entirely. We all have our own paths to tread but unfortunately too many people will get carried away with a negative review and believe what's written will be Gospel!
Not forgetting the (sometimes not so) hidden agendas ie diss that, buy this instead!
By the way, well done for getting your vid up on YT...warts and all!
Have a great day Jean...and stay away from those midges😉
Mark

Reply Like Like You like this
HealthyGreen Premium
I feel that a number of the negative review come from people that tried to reinvent the wheel and do things their way instead of following the path of those who are already successful online and are help to help us reactor goals as well.

Folks take it from me at 82 years old. If you went out on the street corner handing our $20.00 bills the naysayers would complain because they weren't $50s.

There are those that find something negative about everything to camouflage their lack of ambition and desire to succeed. They only want to drag you down to their level so don't let it happen.

If somebody offered me "free" money in the street I'd wonder what the catch was....and then ask them for more!! 🤣🤣

Have a great day Richard
Mark

Reply Like Like You like this
PabloWA Premium
There is nothing wrong with promoting other things as affiliate, including high tickets. That is what we learn here to promote others products.
But as you said, ethics must prevail and unless you are talking about something that really gives nothing to people for their money ( as there are so many things), you can't talk wrong.
I recently watched a video review of WA by John Crestani, and although he is selling his system and I do no like the hype and involving people in illusions of huge money, he talks wonders about Wealthy Affiliate program, training and how good is for beginners.
Somebody who certainly knows this business.
Still although the review aims to offer a system to make money faster with Affiliate Marketing (at a high risk investment in paid advertising, that we or any newbie doesn't have here) the focus is that it was a very positive review of WA.
That to me is ethical.
Mr (Steve) wants money like everye does but not everybody has the same core values, and definitely not performing as a "Veteran".

I watched John's review as well and was well pleased that he considered WA the number 2 place online to learn about affiliate marketing (after his own course of course...all $997 of it😂)

But that's ok, the important thing to remember here and for others who may not know, is that John is a fantastically successful internet marketer who knows more than most about the industry.

In his current series he has reviewed a whole raft of programmes out there and puts WA at the very top (discounting his) of the tree which I think is pretty neat!

I also happen to think there's nothing wrong in promoting good quality high ticket offers, just as long as you don't have to buy them to be able to promote them.......that is a whole different thing indeed!

Cheers Pablo, great to hear from you!
Mark

Let's face it. There are some people who are born complainers. I won't be surprised if he wrote scathing reviews on some of the laces he recommended.

He knew what WA was all about from the free starter membership. All he had to do was not upgrade to Premium. That tells me he was not as smart as he was making out to be.

Overall, there are FAR more positive things about WA than negative. And the platform is improved on a regular basis as Kyle has promised to do this year and beyond.

Thanks for bringing up this important point on how to tackle negative reviews about WA.

All the best to you.

How many other platforms can you remain FREE INDEFINITELY and create online and drill earn money???

I totally agree that there are far mor pros than cons here at WA and I'm pleased that Kyle has adressed a couple of the concerns that people may have had with the training vids/modules.

As I said, we know it's not perfect but what is....not even a thousand dollar course I'll betcha!

Thanks for dropping by Edwin👍
Mark 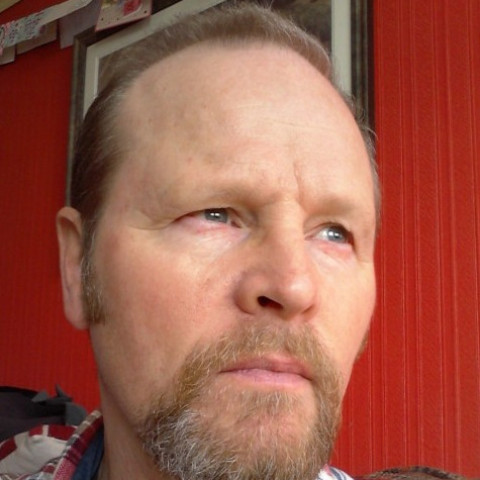