What is fear ? The definition of fear according to the dictionary is as follows:

Wow thats quite a list of things to be fearful of, no wonder most people never start their own businesses or take much risk when it comes to making money. We have all been bought up to believe that we should go to school, get good grades, then get a good job as this has always been the safest way to guarantee that we could make a regular income to provide a roof over our heads and keep food on the table. This system has worked great over the last 100 years or so but we are now in the age of information and it is so easy for normal people like you and me to build up a successful business and create a great income that can set us on the path to being financially free.

Fear is what is holding most people back when it comes to making the decision to take control of their own destiny and keeping them chained to their job.

For years i was this person, always looking for the next job that was going to give me more job security and more pay. Thats is until i worked out what fear really meant.

Basically fear is just an emotion that every person on the planet has inside them, the difference between people that are successful and those that are not is that the successful person has managed to conquer their fear so that it no longer effects them. This emotion of fear that we build up inside ourselves is also connected to our own beliefs and these beliefs have been programmed into us from a very young age.

Let me take you back to when you were just a little baby, you have just started to crawl or even walk around while wearing those big white padded nappies, not very stylish i know but bear with me a little. As a child you had no idea what the word fear even meant let alone what it is, so you would quite happily fumble around the house looking for things that would interest you and for things to play with, i know my mom had to stop me on more than a few occasions from sticking my finger into the gas fire that we had in the living room as i had no idea of how dangerous it would have been if i had managed to succeed. It is only due to what i have been made to believe by my parents that i now know what damage it would have caused me.

Now i am not saying that we should all go out and stick our fingers into a gas fire as this will achieve nothing apart from a trip to the hospital. The point that i am trying to make here is that most of our fears that we now have as adults have been given to us by our parents and the people we have listened to while we were in the early years of our brains development.

Fear is something that we have learnt over the years, the main types of fear that most people suffer from is the fear of being rejected or the fear of failure and it is these types of fear that are holding most people back when it come to taking control of their own financial security and start building their own business. As teenagers we were always looking to meet new people that we could start a relationship with but how many times have you been in a club and have seen someone that you really liked but for some reason you could not bring yourself to bite the bullet and go over to that person and start a conversation, i know i missed a lot of opportunities to speak to someone that i was very attracted to because of the fear of being rejected.

So where does the fear of failure come from ? Well to be honest it mainly comes from our parents and the school system that we all grow up with, i personally hated going to school as i didn’t think they were teaching me what i needed to know about the real world and how to really succeed in it. I am not saying that we should not try our best while studying at school, however i don’t think they offer the kind of education that is going to make you a successful business person, in fact they don’t won’t to teach you how to become an entrepreneur as the school system has been built around the idea of getting good grades so that you can get a good job. If you didn’t get the grades that you needed then you had very little chance of getting the job you so desperately wanted.

The school system is basically a massive factory producing lots of workers that have all the skills required to fill the positions that we as business owners need to help us make our businesses successful and create an income that can make us financially free.

Getting Past The Fear.

So how do we get past the the fear of failure and being rejected, it is actually a lot easier than you think. You are going to have to train your brain and change the way you think about various situations that you are going to have to put yourself in to. One way that i found to help me beat my fears was to get in to a sales job, now this may not sound ground breaking in any way but for me it was a massive step, as a young kid i found it very hard to talk whenever i was in a large group of people and i wouldn’t speak unless someone spoke to me first, so to go in to a sales job were i had to go in to other peoples homes and try to sell them something this was a massive step forward.

Even sales people have the fear of being rejected and i know a lot of sales people who to this day still struggle to ask the person directly for their business, what you have to remember is that you have the right to ask the question “do they want to buy from you” and that they have the right to say no but if you don’t ask you don’t get as the old saying goes. You don’t all have to run out and get a sales job unless you really want to, however you could look to buy a few books about what makes a good sales person and put some of those techniques in to practice whenever you find yourself in a situation where you are fearful of being rejected.

One of the best ways to overcome your fears is to find people that have been where you are now and have beat their fears, Find a mentor or a group of people that are all trying to achieve similar goals as you and learn and ask questions of them. You don’t have to do it on your own like you have been taught at school, in business you are allowed to benefit from the help of others in fact one of the best ways to make a lot of money is to leverage the time of others so that you are not doing all of the work yourself.

Write something…
Recent messages
Christabelle Premium
This is a wonderful article! You have touched on a lot of aspects that most people don't discuss! 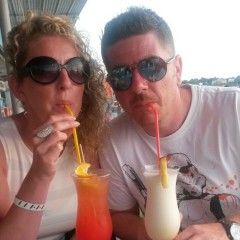