Up and Down Upgrade Mountain

Why not it's just another "upgrade", right?

I've gone from DOS 2.5 up to 5.x, back down to Windows "gooey" 1.0; climbed aboard the 95 bandwagon, rounded the big bend with 98, then flew past ME up to Highway 2000, merged over the NT ramp to the XP expressway and stayed on that route for quite a long journey.

I jumped into my old '07 cruiser back in 2011 and passed by every one of the Exit 8 and 8.1 off-ramps, just couldn't find it in me to leave behind the old girl I'd become so fond of over the years. But it's time for a change...

It's Been a Long and Whining Road

I've been beating around the inside of metal boxes and busted operating systems since the days of 8 bit memory and cassette tape drives...before floppies got hard and before lasers ever beamed. My "old friend" was made up as a build that started with 8 Megs of memory and and a 40 Meg hard drive...oh how it was to have to keep removing files to tape backups just to have room to work! The days of high memory settings and blue screens of death are surely a thing of the past, that is unless grandma is still running her Commodore 64 or grandpa still has a "Trash80" laying around?

Now it's Macbooks and Ipads and Androids with Chrome finishes. Its gigabytes and terabytes and thumb drives that run faster and hold more data than 4 paralleled computers ever did. Devices that fit in your breast pocket can compute and store more information than we could have ever imagined only 25 years ago!

Kids of this day and age don't know how good they've got it!

Windows to the Soul

I know, I know...lots of people hate Windows, or maybe they just dislike Bill Gates a whole bunch, I'm not so sure which it is. But I'm still a big user and fan. I used Apple 2c's before they were fun, coded them and watched them gather dust. I've spent hours building Linux kernels having such a ball trying to get software to talk to hardware and do that little dance they do so well...oh the hours lost before red hats became black.

But for some reason, I've always come back to my old friend. I still see my mistress Ubuntu now and then as she passes by on an open tab, but the thought of another dual-boot makes the hair on my arm stand up. It shouldn't be so scarey, I've been down that road before. Maybe this summer I'll take another drive? Just maybe...

A New Skin for and Old Friend...

I never did understand the upgrading sequence devised by the Microsoft programmers. Or the code names like Chicago and Vista...was this 007's idea? All was going well in the DOS days when numbers went up each time a new version arrived, as was the case when Windows 1, 2, 3.0 went to 3.1x.

Then Chicago became Win 95...great marketing ploy I suppose with it being 1995 and all? Chicago was a bad name for an OS anyway (OS/2 was cool, too bad that flopped)

Just One Question for Bill

I've installed Windows 10 on several machines now...very smooth upgrades... for once I must say. I'd also add that I like it so far. I've experienced a few glitches, but for the most part, for a beta it seems pretty stable.

So I'm happy, but I'd like to ask Mr. Gates one simple question...

"Can we please go back to counting like normal people again?" (Windows 11 maybe?)

Write something…
Recent messages
whitsunday Premium
Leland Hi. Do you know...if I upgrade to Windows 10 will it have an impact on my data usage?
I was told that 7 and 8 would chew through the data so I declined....mainly because I would also have to upgrade my data volume which adds more cost. I have a very sweet deal at the moment using 5G per month.
What are your thoughts.

Reply Like Like You like this
LelandBest Premium
@whitsunday
I'm sorry it took me so long to get back with you whit...I was in the middle of creating a training for what to do when you have to pay for bandwidth like you do...I had some difficulty with the system and lost everything I had put together, but here are a few suggestions until I get the training up:

1. Be sure you computer is free of any viruses with a good virus program, having malware can cause a lot of back end bandwidth

2. Try disabling these if you know how (I'll show you exactly how in the training) Do them manually when required.

Take a look in your start up menu to see if there is anything else loading when you enter Windows that may require continuous updating. One I find to be a pain in the butt is Apple software upgrades for iTunes, QuickTime and iCloud. Seems they have a new upgrade every other day. I just keep cancelling these since I rarely use the software (I'm an Android kinda guy)

Hope that helps a little for now, this should lower your backend bandwidth usage tremendously if you haven't considered these in the past.

The only thing that may cause some real problems with Win 8 or 10 is what are called the "Live tiles" that are continually updating status for mail, news and social feeds. These can all be turned on or off in the Start page interface, so they're really not a problem if you know to turn them off.

Look for my training on exactly how to do this in the next few days.

Reply Like Like You like this
whitsunday Premium
@LelandBest
Oh yeh! I will be your first student for that training. Thanks heaps for what you've explained. I will be checking off all of these steps.
Nice work. Thanks.

Reply Like Like You like this
geego Premium
I have upgraded too and I have no complain because it is getting the work done. Maybe i'm satisfied because I don't know much about computers..lol Good post, Leland I enjoyed the history

Reply Like Like You like this
HelenpDoyle Premium
Don't have the computing and internet background you have but I do like the way you write! I am soon to have the W10 upgrade so can't comment yet but like all the other upgrades I will do my usual thing. Learn how to use it (I have windows 8 and unlike many others I don't complain - I just find out how to do things!).

Reply Like Like You like this
LelandBest Premium
@HelenpDoyle
Thanks Helen! this was published at sometime between 4 and 6 a.m. on Sat. morning...I may not have been in my body at the time of this writing...

Reply Like Like You like this
HelenpDoyle Premium
@LelandBest
Out of body experience, I know what you mean. (I do this driving - oh how did I get here!)

Reply Like Like You like this
Salem Premium
I wonder how people people would know these days about putting your DOS high in your autoex.bat. Brought back some old memories. Remember Windows 3.11 for Workgroups. Probably the first "almost" bulletproof Windows to come out. After that, crap, not too bad, terrible, crap, not too bad, etc. I have been hesitating to do the Windows 10 upgrade as I personally hate the cheesy look of the tiles. Windows 10 doesn't give me enough new features to jump from my Windows 7 Ultimate. Cheers and thanks for the trip back in time.

Reply Like Like You like this
LelandBest Premium
@Salem
Hey Salem! Funny you should mention W4W! I had a reference in the original post to 3.11 and left it out for the sake of ME! I figure 3.11 probably deserved more respect, thanks for giving it!

I also had the same reservations about those ridiculous tiles, but was happy to discover they can be sized in the new menu, but I'd like to smack whoever came up with the idea to put a hamburger patty in the upper left corner of the screen just to see the new auto-hidden format of the start menu...causing people to click on Start then the UL corner of the screen to get to simple folders!

I will say the overall style is rather simplistic, almost childishly so, but they have created an explorer window that is pretty darn elaborate, reminds me of the Windows Essentials mail client.

Cool that you took a trip down memory lane, it sure brought back some old memories writing it!

Reply Like Like You like this
Loes Premium
Bill must have had a whole team of very expensive marketing people who adviced him to make this kind of weird jumpings. Because when you want to sell stuff the Name you give it is essential.
Glad to hear Windows 10 downloaded smoothly.
I am waiting a bit more on the next few opdates to give them the change to get the "mondaymorning" bugs and glitches out of it.

Here's something for those less inclined to know the history of it all! 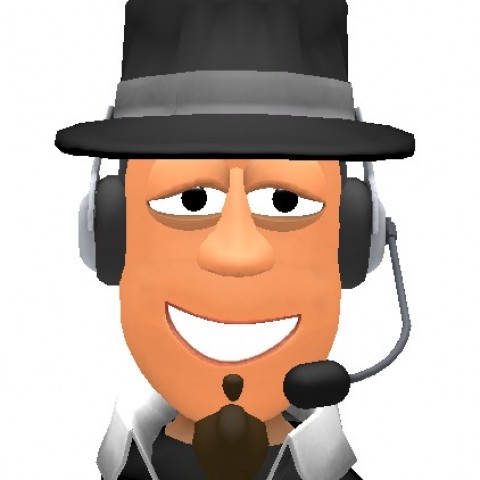