I think my job is trying to kill me.

Okay, so maybe I am being overly dramatic but I can't help but think that sometimes. I know, I know, stop complaining and be grateful for what you have and trust me, I am. I have seen both sides of the coin and it is much better to have an income, any income, than not.

But in this entire time that I have been adulting, the one common denominator that I have found that has caused me to neglect every aspect of myself has been the job. The good old JOB (just over broke).

I have had menial work and I have had the coveted six figure incomes but still, it always comes full circle to the same thing. I am putting the interests and agenda of someone else over my own well-being.

For example, I never take days off, go to the doctor when I'm sick, take vacations, take time to nurture relationships with friends, family, significant others, etc.

I can't help but feel like if I do any of those things I am somehow being a slacker. I can't help but think that if I don't do something, anything, and soon; I will wake up one morning and the world, my life, will have passed me by. Or even worse yet, I won't wake up at all.

To top it all off, I know because I have seen it, I am expendable. So easily replaceable. But ultimately it is just a part of being a rat in the race. Being a part of the machine, it is what makes our society work I suppose. And, if you really think about it that job that you have, is not owed to you.

I find it amusing sometimes that we somehow believe that it is. I currently work in a law firm where our area of specialization is employment law. The stories and tragedy that I hear on a daily basis of people being stripped of their livelihoods that they believed was guaranteed, is so completely frustrating.

But I know that it can happen to anyone. I sometimes feel like screaming at these people to wake up and take it all into your own hands. They, whoever they are, do not care about you. At least not as much as you do. So it is time to take the power back, take your life into your own hands; not to put your fate and well-being into the hands of others.

So the next time that you have to drag your weary bones out of the bed after being startled from your sleep by the offensive and discordant cacophony of your alarm clock, force-feed yourself, rush to dress yourself and rush into the chaos of the day, you have to think; "There must be a better way."

Now is as good a time as any. We are living in amazing times when the playing field has been made somewhat level. Soon will be the end of jobs, at least as they are now known, and those who have taken the plunge will be ahead of the curve. Just know that you are on the right path. And, with a little hard work and persistence, all that you desire will be made manifest.

Hopefully I can replace that mean old job that's trying to kill me. What say you all?

Write something…
Recent messages
kait0106 Premium
proud of this!!!!!!

Reply Like Like You like this
Tipqmon11 Premium
Thanks for sharing...Wow, you took the words right out of my mouth! Excellent Post. I currently "Woke Up" to realizing that in the past I had a pattern of giving my job all of my days, nights and even weekend hours to catch up on my case load that just kept coming. While neglecting my business!

Well, Not anymore! There is a better way, I believe I found it here at WA. Thanks again for the inspiring post!

Much success to you
~T.

Reply Like Like You like this
kpharm Premium
@Tipqmon11
Thanx T, nice to know that I'm not the only one feeling this. It is also refreshing to hear of your awakening and taking action to change your life for the better. I know you will do big things and I hope that I am able to follow your example or as I learn more, help in anyway if I can. Best of luck to you!

Reply Like Like You like this
Tipqmon11 Premium
@kpharm
You're Welcome! And Thank You! Yes, And I am also willing to help as well...All the Best to you! See you at the Top!

Reply Like Like You like this
Labman Premium
Been there, done that. Working on another way right now. My partner has been an entrepreneur all her life. It's rubbing off on me.

Reply Like Like You like this
kpharm Premium
@Labman
Good luck Labman, you are very lucky to have someone next to you who has walked the path. I know that this along with WA should definitely ensure your success.

Reply Like Like You like this
Labman Premium
@kpharm
I thank my lucky stars every day for WA as I found my soul mate here. https://my.wealthyaffiliate.com/mama2karsten 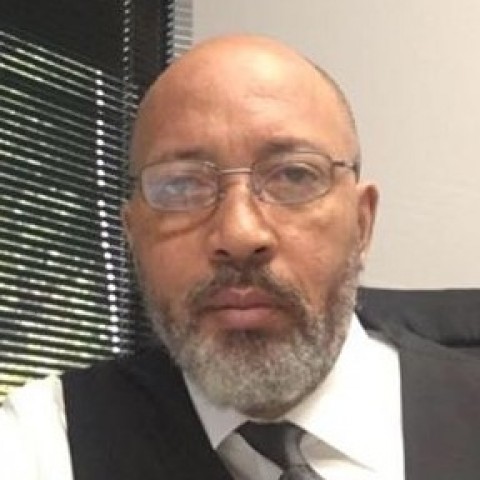 1Year
View kpharm Profile
Follow kpharm
Kpharm's Posts
3 posts
View all
You See, The Kids Are Not Alrigh...
2 comments 5 likes
Two Weeks In (or what lies ahead...
1 comment 4 likes
I think my job is trying to kill...
8 comments 4 likes
Hold Tight!