What is Success to You?

If you could think of one words to describe what "success" is to you, what would that be?

How about a sentence?

Although I think of many words to describe success, one of the words I think of when I think "success" is... Prosperity!

Prosperity, to me, doesn't necessarily just mean wealthy, although I do perceive people who have attained wealth (without being crooked, of course) through their own means as successful, for sure! But back to the point. I have met people who I would consider prosperous, but when I labeled them in my head as such, I wasn't always taking their monetary value into account.

I know a couple from my church who have been missionaries in Mexico for several years, and who have, over time (and with continuous donations from churches and maybe other organizations), built a large orphanage, also taking care of children while their mothers went to work (instead of the moms having to tie their kids to the bed during the day so they don't wander into danger; yes, this is really happening over there). They have hired some of those mothers to help with daycare and take care of the orphanage in general, so they can leave the seedy and hostile work environments they were previously in and be near their infants/children.

This couple has changed so many lives for the better, and transformed a poverty-stricken neighborhood into a healthy and renewed community. They have been able to do what they dreamed of doing for years and have helped so many as a result. They committed to their vision, and persevered until it had been fortified. This, to me, makes them prosperous, and successful. =)

I wrote a page on my website on "4 Traits of Successful People", and would love it if you would be willing to comment on the page and/or share your opinions of what success is to you. ^_^

Thanks so much for reading, and I hope you enjoyed it! =)

Have an amazing day!

Write something…
Recent messages
tomarillotta Premium
For me, "success" meaning reaching whatever goals I have set for myself; whether they be monetary or not,

Reply Like Like You like this
kbeaudoin Premium
@tomarillotta
For sure. Especially when those goals are long-term ones, eh! It makes me look forward to, and more determined for the next goal I set for myself.

Reply Like Like You like this
JewelCarol Premium
In our life, if we are able to bless and change many lives, I think this is what I called success. Thank you for sharing, Kylie!! :))

Reply Like Like You like this
HelenpDoyle Premium
People who place prosperity as soley money wise often party like mad but don't really appear happy. People who are prosperous in many things often are the unknown achievers as they don't feel the need to advertise themselves.

Reply Like Like You like this
kbeaudoin Premium
@HelenpDoyle
For sure. I think you can do things that make you happy with money, but if you think you are going to achieve happiness only when you get that money, you are going to be disappointed. =(

Prosperous living is definitely not just wealth like you said, but it is all of the above :)

Reply Like Like You like this
kbeaudoin Premium
@ColtonJames
Thank you Parre! =) =) I know John C. Maxwell said a few times how the journey itself is far more valuable than the actual end of the goal, so I think he would definitely agree with your statement. =) 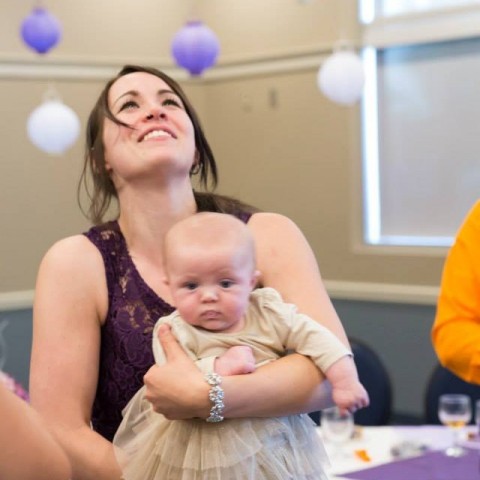