How To Build Rapport with Complete Strangers

This is my first training/post, so be gentle.

So, I have just finished listening to an interesting marketing training today and I thought I would share some of the tips that I found valuable with you all.

A great way to build rapport with prospects(online/offline) and people in general that you meet for the first time is to start building what is known as a rapport or affinity bridge.

Affinity basically means - having something in common.

People tend to like people who are more like them, so to be more likable at a subconscious-level you need to focus on building affinity with your target market.

The wider the marketplace, the more expensive it its to penetrate BUT if you can niche-down into a smaller, more targeted market or sub-culture it will be easier to speak to these prospects and build rapport.

So, let's say you're a woman, your'e 25 years old, you are a mother of a toddler and you live in Dallas. You've found or created an amazing skin care product that you would like to sell to earn your living. Your initial thought might be to sell this product to women all over the USA between the ages of 25-60.

It's NOT YOUR FAULT!

*By the way, when you tell someone 'IT'S NOT THEIR FAULT' it makes them feel better about their past decisions and makes them warn to you more.*

You need very deep pockets to penetrate a mass market. I've made this mistake many times and almost lost the shirt off my back trying on each occasion.

What's the definition of madness..

You've picked a broad mass-market that will probably be VERY expensive to reach and it could be hard to get your message across with the thousands of marketing messages that are bombarding your prospects/suspects on a daily basis.

If you picked a sub-section of this market such as women that have a profile that is more like yours i.e women between the ages of 25-40 who are mothers of toddlers and live in Dallas, you will find it much easier(financially) to reach your prospects and build rapport with them because they will be thinking, " Ah she is just like me".

Another thing that I've learnt recently about picking niches and markets that I am currently testing is something I learned from an modern day marketing legend.

YOU SHOULD ONLY MARKET TO PROSPECTS WHO CAN EASILY AFFORD TO BUY WHAT YOU ARE SELLING!

I'll create a training about that sometime soon and let you know how my test goes with AMEX card holder mailing list test that I'm thinking about running.

Once again, apologies, I digress.

So, back to building these rapport/affinity bridges...

One of the ways that marketers often do this is to use the FORM principle.

So, let's say that you are in an online community or dating site and you've looked at someone's profile and noticed that they like to play tennis (RECREATION). If you also have this in common with them you will find it much more easier to start and maintain a conversation because at a subconscious-level, they will feel more comfortable to talk to you.

If talking about tennis or recreation doesn't stimulate them you can simply step through the other FORM elements.

Do you do the same thing for a living?

Do they have kids or PETS?

Using the FORM framework is a great way to lower someone's defenses when they first meet you.

It's highly likely that you will come across someone that you don't really have any of the FORM elements in common with BUT you can leverage something known as secondary affinity.

Let's say that the prospect that your talking to has an interest in knitting but you have never had an interest in that BUT you when you were growing up your aunty was always knitting you mittens hats and scarves etc. If you can talk about what you can remember about your aunt's knitting (wools, needles), this could prove to be an incredibly powerful way to establish indirect rapport.

So, that's it from me for today.

I hope you got some value from this post/training.

In all honesty I'm not sure how often I'll be adding new posts but I'll wait and see what the feedback is like from this one. I'll probably create a new one once a week.

Write something…
Recent messages
Marley2016 Premium
Jon,
Thanks for sharing - valuable information I can make use of :)
Susan
Great post

Reply Like Like You like this
C-Lab Premium
Haha my man! Dropping some Tony Robbins knowledge bombs! Mirroring is a powerful strategy to gain trust and, as you say, it can be done online as well!

As far as the niche marketing is concerned, I totally agree with you there as well:

If you're a lioness hunting some type of herd animal, the last thing you want to do is dive right in to the middle of the herd: that's how you get mauled!

The best thing to do is pick off the young, weak, and elderly who could not make it into the center of the herd fast enough.

In this analogy that would be the sub-niches of which you speak, or the "Low Hanging Fruit" as it is called in the training here at Wealthy Affiliate.

It's a matter of cost-benefit analysis!

Anyways, great post, I'll remember to maintain a proper "FORM" the next time I'm interacting with a potential client base!

Folks here will really benefit from more training like this:
Keep it up!

Reply Like Like You like this
GoldenVoyage Premium
Oh, I think you will be doing well my friend. Just keep up the same hard work and dedication. 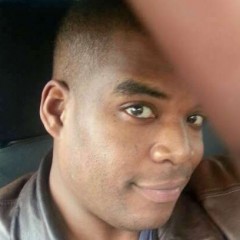