Since I am no longer in that niche I decided to share the story because I think there is some great information that can help new folks.

Although I am going to share the niche with you, I want you to understand the actual niche is not that important. It is more about how I found the niche and how you can do the same thing by paying attention to things around you every day.

I will not share the actual site out of respect for the person that now owns it and to be honest they have not followed through with the system I trained them on as a part of the sale. As a result this blog is not longer on the first page of Google where I had it for well over 3 years.

When I first started here at WA I struggled with many things like most and keyword research was extremely tough for me.

At the time I was a pretty hardcore World of Warcraft player and never really thought about using the game as a niche even though I was learning Affiliate Marketing.

If you play WoW you know that there is global chat or what is known in the game as "trade chat".

This was a program or "add-on" that installed in the game and helped people level faster by streamlining the quests you do to help level.

I downloaded and installed this "quest helper" and honestly I found it to be crap...

Without thinking about it I went out to Google and did what everyone does these days...

I typed "WoW Quest Helper" into the search box to see what I could find...

The only thing out there was that crappy free quest helper add-on.

I couldn't believe there wasn't someone out there making something better than that and decided to check out the Clickbank Marketplace to see if there was anything for sale.

At the time there was a ton of written guides but, there were a few guys making these addons for leveling faster.

World Of Warcraft has millions of subscribers that for the most part use credit cards to pay for their subscription. This means they have buying power or the ability to buy things online.

I kept noticing people talking about this "WoW Quest Helper" and I knew the free option was not very good at all.

Around the same time I started using Hubpages as a free way to test out keywords before spending money on domain names and I really had no clue how to create a website. (at the time you could use affiliate links on Hubpages, you can no longer do this)

I built a hub about "WoW Quest Helper" talking about the issues I had with the free add-on and added some links to the Clickbank products I had found.

Keep in mind that I had not even done any keyword research at this point. I had no idea how many people were searching related terms at all.

My Hub started getting a pretty consistent flow of traffic and I started making some sales. 1 or 2 a day at first.

This was amazing because prior to this point I had made a couple affiliate sales here and there but nothing consistent at all.

My next step was to take a look at keyword research and I was simply shocked.

The term "quest helper" was being searched over 100,000 times a month and as far as I could tell there was no one targeting it to sell these Clickbank programs.

The term "WoW Quest Helper" was being searched over 60,000 times a month and this was just on Google.

Since I was new to Affiliate Marketing I thought I must be looking at something wrong because there was no way I found keywords that virtually no one was targeting.

Could I have been that lucky?

I decided it was time to find out and purchased a related domain name. This would become the start of the blog I sold for $50k.

The very first page was ugly as hell. A simple white background site where I slapped up some reviews of the different programs. It was a one page site...

I pointed a link from my Hub on Hubpages to my ugly ass review site and started writing articles on Ezine and Goarticles as well as Squidoo all with links pointing to my ugly ass one page website.

For the entire first year I left this site alone and kept writing articles about World of Warcraft and adding links to the site. My first year I made around $15000.00 from that ugly site.

I continued my Affiliate Marketing education here at WA while that site consistently brought in sales and decided I needed to step up my game a bit. I had noticed there were some other affiliate marketers stepping into my space and I did not want to give up my ranking in Google.

I decided at this point to do 2 things....
Switching the site over to Wordpress was a chore at the time because I had no idea what I was doing and it hurt my rankings initially because I just screwed things up pretty bad. There were a few people here at WA that helped me get my rankings back in order. This was tough to approach because I just did not want to give away my niche or keyword.

Thankfully you can always find help here at WA without having to give up the farm....

I started doing some in game demos and reviews of the programs I was selling. I posted them on Youtube with a link to my site.

The amount of traffic from those videos was tremendous and my 2nd year sales was over $40k....

At this point you may be thinking why in the hell did you sell the site?

This was a calculated risk because I knew a couple things being someone that played the game.

The player base of WoW was dropping and changes in the game made the need for these programs less and less over the years.

There is a point in some niche markets where to sum of a sale is greater than the potential future sales and I believe I was at that point.

How did I sell the site?

I first listed the site in Flippa.com and I posted it with a 25k reserve.

I wanted to sell the site but I did believe there was still a good value in it.

Bids on the site only went as high as 17k but, the high bidder contacted me after the auction closed to see if I was still interested in selling. We negotiated the $50k sale price along with some training so they understood how I was driving traffic.

The entire transaction was done through escrow.com to ensure both parties were protected.

What should you take away from this?
This business requires work but the payout in the long run is well worth it. ANYONE can do it if they truly put the work into it.

The chances of selling a blog for $50k is not something you are going to run into every day but, creating blogs that can make you a few hundred or thousand dollars a month is more than realistic if you are willing to work at it.

Don't be worried about failing. To this day I still create some blogs that make very little money and sometimes they make no money at all.

If a domain costs me 10 bucks a year and the blog makes me a dollar a day that's cool. I'll just keep making a dollar a day and move on to the next blog. It all adds up.

Not really sure if this helps anyone but, I wanted to share to show it does work and if you have never made a sale in this business it will come if you keep working at it.

Keep your money in your pocket. WA is all you really need to be successful.

Reply Like Like You like this
That Helpful Dude Premium
Excellent blog! The last sentence sums up everything I believe about the IM industry... This is the place to be!

Reply Like Like You like this
joniki Premium
There is no doubt. People can say whatever they want but, it has been proven time and time again over the years that WA teaches the correct long term approach to IM.

Reply Like Like You like this
joniki Premium
Thank you. I am "sometimes" a good student. I probably would be a much better student if I could stay focused 100% of the time. lol

Reply Like Like You like this
anindochk Premium
lol... Without staying focussed you ahieved this feat.. :) :) By the way, I play DOTA a lot. You just gave me an idea! Thanks

Reply Like Like You like this
veronica.l Premium
Thanks for sharing, interesting read and Congrats on your sale!! I remember reading your forumpost. So have you recreated the same success in a different niche now?

Reply Like Like You like this
joniki Premium
I would not say on the level of being able to sell one for that kind of money. I currently have a little over 200 sites out online in a wide range of niche markets. I am focusing more these days on helping people get started making money online and of course the heart of that is sharing WA.

Reply Like Like You like this
veronica.l Premium
wow 200 sites, I thought I spread myself thin with 40+ sites lol, I do see your point of helping people get started feel the same thing...
How did you negotiate the price from having a 25 K reserve to the 50 K??

Reply Like Like You like this
joniki Premium
The bidders have no idea what reserve you set. The negotiation was very straight forward as I kept very good earnings records for the site. On Flippa the highest bidder reserves the right to negotiate further at the end of the auction if the reserve is not met.

Reply Like Like You like this
veronica.l Premium
Yes I understand the Flippa process. Did you ask him for a price and he said the number or how did that go? If you were ready to sell for 25K and got the double... that is awesome just curious how you did that :)

Reply Like Like You like this
joniki Premium
Initially the buyer contacted me and asked if I was still interested in selling and I indicated that I was but not at the final auction bid. I told them that I valued the site at 50k based on previous 2 years earnings. My thought process behind this was that there would be some negotiating but, I was surprised when they agreed right off.

Reply Like Like You like this
veronica.l Premium
Awesome!! Good thing the auction never reached reserve lol! Thanks for sharing all this, I enjoy both buying and selling sites so it is always good to get some info on that... 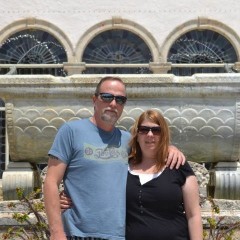