What Is "Shinrin-Yoku" Or Vacation In The Forest?

Everybody agrees that we all need a vacation as much as we need breath and eat. But when is it the best time to take vacation? Everyone has their own preferences. Someone likes to roast under the sun near the ocean, someone dreams of a snowy winter. For me, the choice of the best time of the year was determined in childhood - it's time for mushroom picking (I know, I know, most of you prefer mushroom picking in the store) - end of summer, beginning of fall. Actually, I have three main reasons to take vacation in September.

First, it's my husband's birthday.

And third, I love forest. I grew up in the rural area surrounded with nature. So, if you did not find a lot (or any) of mushrooms, you still spend time in the forest. After all, sometimes we all just want to run away from the noisy and tense life of the city.

For the last 7 years we spend a week around Eagle River, WI area. Every time we are there we are trying to discover new forest preserve in the area. This year was not exception.

What was exception this year is that there were not a lot of mushrooms. So, we've decided that this time will be hiking and enjoying a beautiful weather.

Can you imaging waking up to this picture? 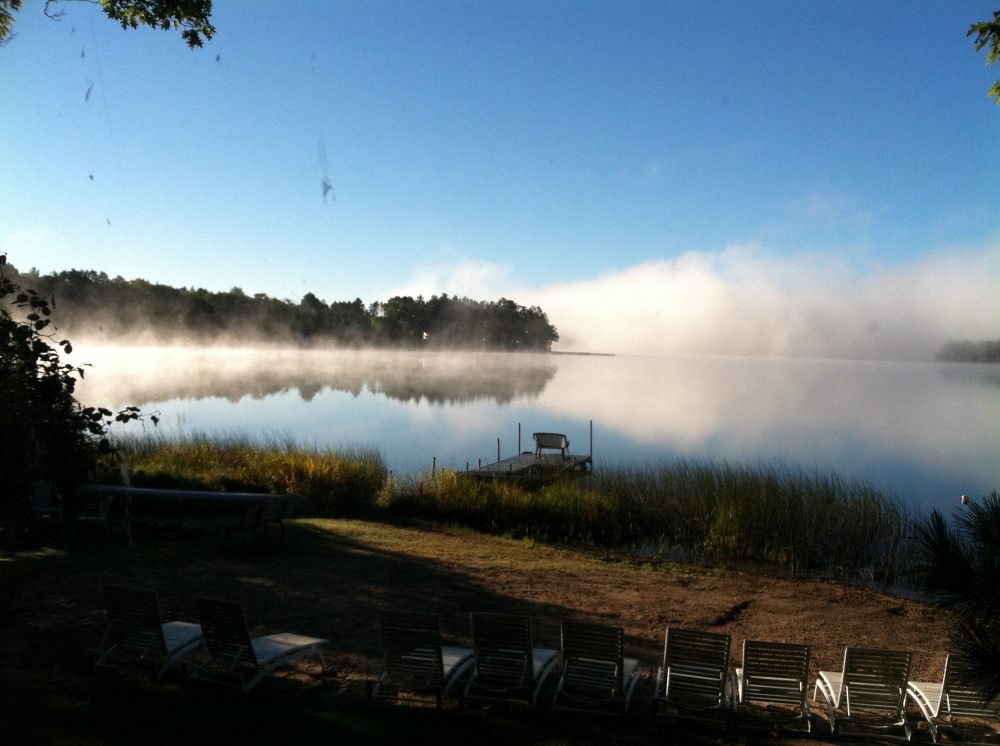 I read somewhere that in Japan the practice of "forest baths" is part of the national rehabilitation program.

So, what is "shinrin-youku"? Japanese shinrin-yoku literally translates as "swimming in the forest". The term shinrin-yoku, which refers to relaxing walks in the forest, appeared in the early 1980s. In 1982, such eco-therapy became part of the national health program.

The idea behind shinrin-yoku is simple and logical. People spent 99.99% of their history on the planet in the natural environment, all the mechanisms of our body and brain were formed so, that we could function in these conditions as efficiently as possible. Now most of us live in cities, spend days at a high pace, and the gap between such a life and what we are evolutionary accustomed to is huge. You can reduce this stress by returning to your natural environment.

The weather was beautiful, so, we've decided to practice shinrin-yoku. 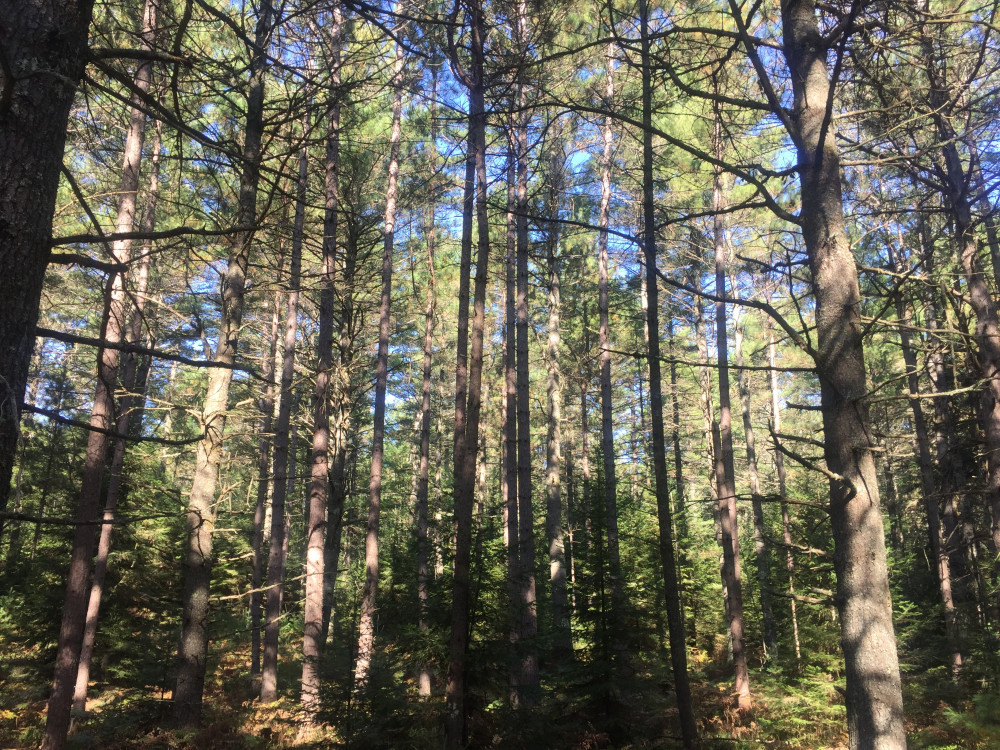 Forest will teach you to appreciate the silence. In the city we are constantly haunted by noise. You might immediately feel better if you find a place where there are no sounds produced by people. Silence, leaf rustling, bird singing - all this has a restoring effect.

Sometimes you can see this kind of beauties - unfortunately, you cannot eat them 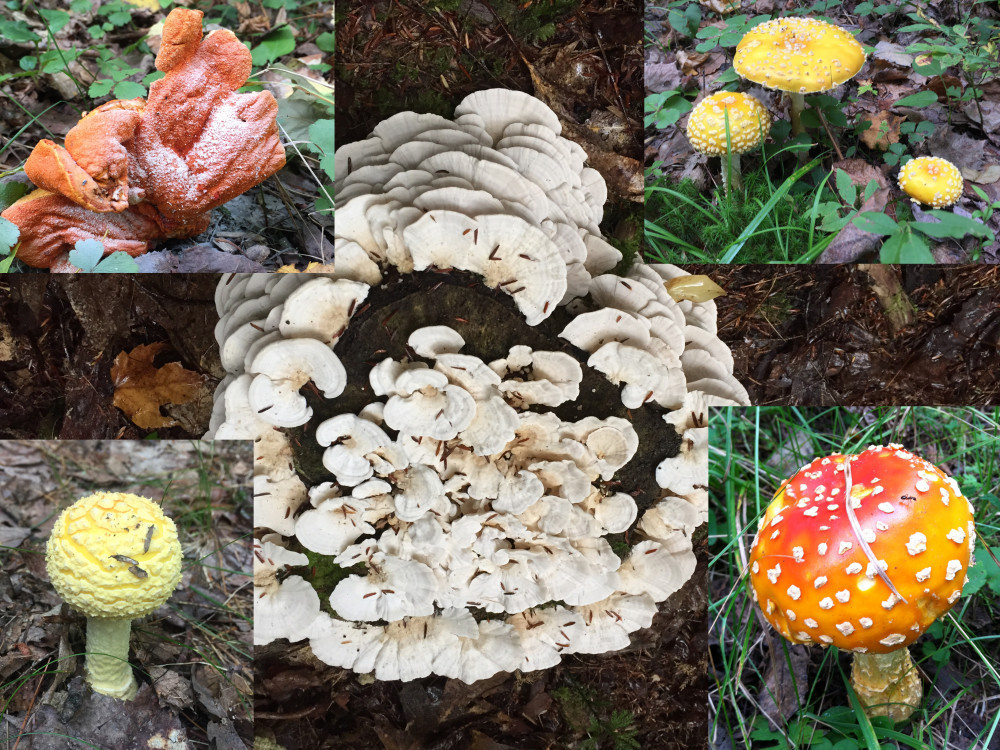 But we still were able to find some good mushrooms. 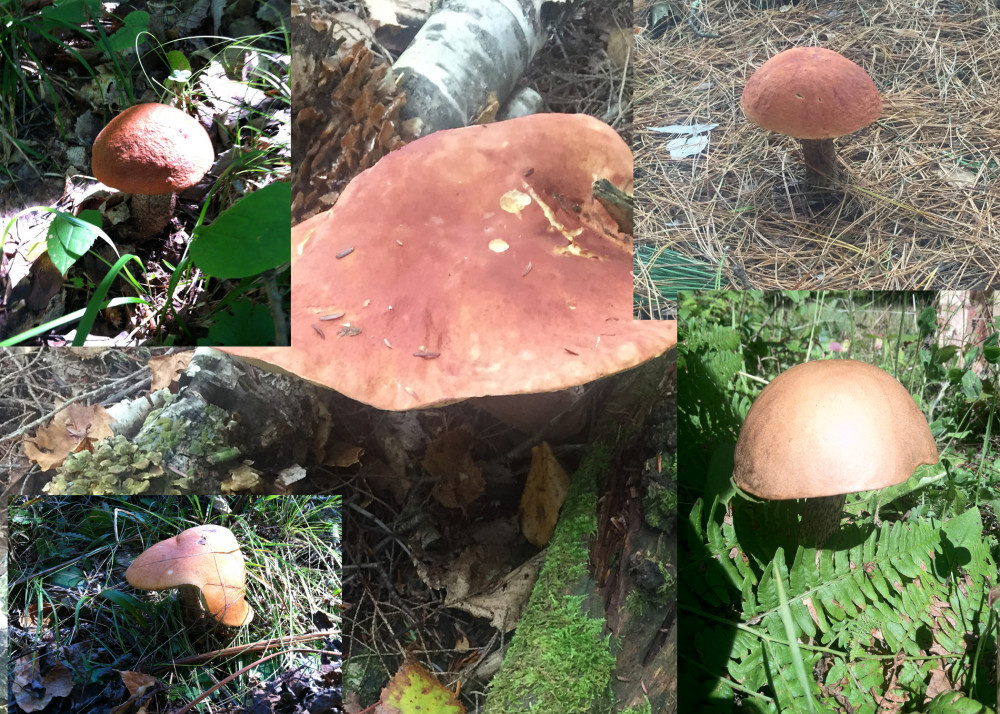 It was enough for dinner 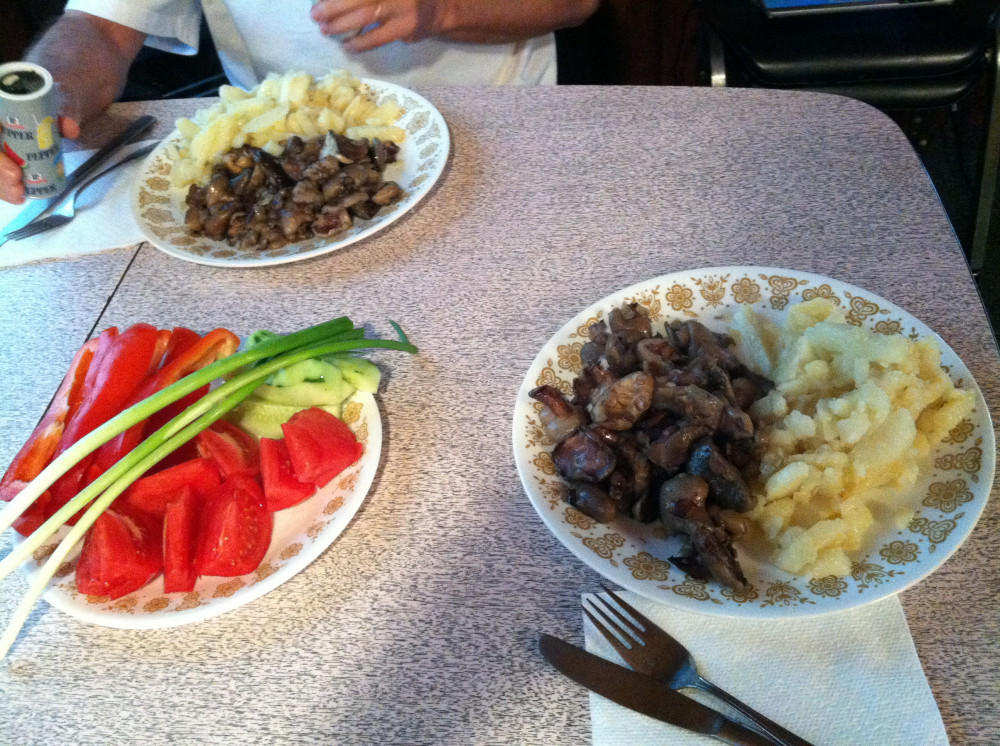 In the evening we were making a campfire and baked potatoes, like we did in our childhood in the camp. 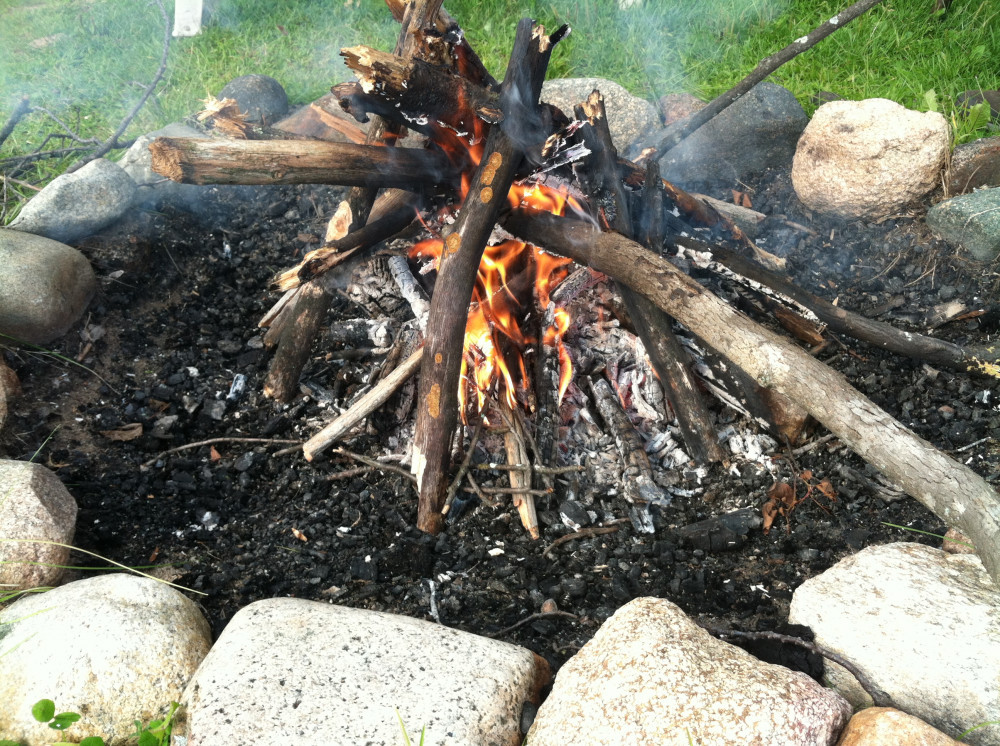 It was a great, very relaxin vacation. A week spent in the forest near the lake gave us such a boost of energy!

What about you? Where do you like to spend your vacation?

Write something…
Recent messages
Twack Premium
It's been many years since we've been on a vacation but the last time we did, it was full on sun for two weeks. We saw a cloud once and only briefly.
Nothing to do but swim, read and relax. I think we all came back feeling refreshed and invigorated, even the cold and rain couldn't dampen our mood when we arrived home.
Thank you for this Jane.

Since we moved to a small town on New Mexico 5 years ago, the only actual vacation I've taken was to Santa Fe last year, when I met up with my sister and other relatives there. But next time I take a vacation, I would crave the ocean.

Reply Like Like You like this
jmg52 Premium
@RosanaHart
I love the ocean, but don't like the sun (I have an allergy to the sun), So, I prefer the forest.
I wish you a very nice ocean vacation

Reply Like Like You like this
jmg52 Premium
@keishalina
You are right - it's a great way to live. I would love to live in a place surrounded by forest!

i think & feel they hold the wisdom of the earth ... they hang out and listen, sway and dance with the breezes ...

and from my work in master gardening, we know that they depict the same 'as below, same as above' or is it ' so above, same as below' ...

if we (humans) would only plant, plant, plant more trees and steward them better ... the planet would be kept clean & oxygenated ...

trees are like the 'scrub-brushes' of the air .... and so much more!

see how we feel after we've simply spent a few minutes in a woody area ... so much refreshed than in a concrete jungle ...

thanks kindly for your 'swimming in the forest' pictures!

Reply Like Like You like this
jmg52 Premium
@keishalina
I absolutely agree with all you said about the trees, Keisha. As soon as I enter the woody area I feel like I am a different person. I can enjoy it infinitely. Looks like you can too

Reply Like Like You like this
keishalina Premium
@jmg52
... yes, infinite enjoyment with the trees! ... they're likely the best listeners on earth, well, next to my Swedish lappie ... our furry best friends are the bestest listeners more likely! ... lol .... 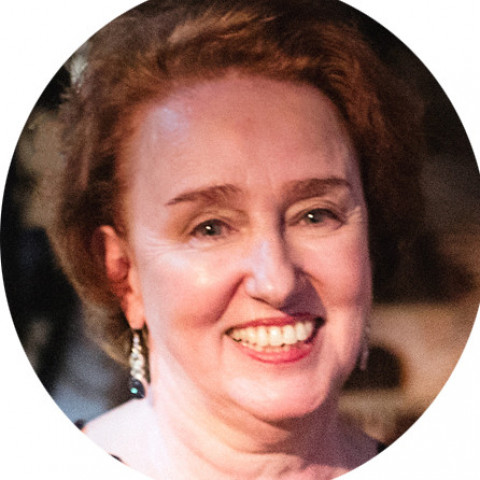